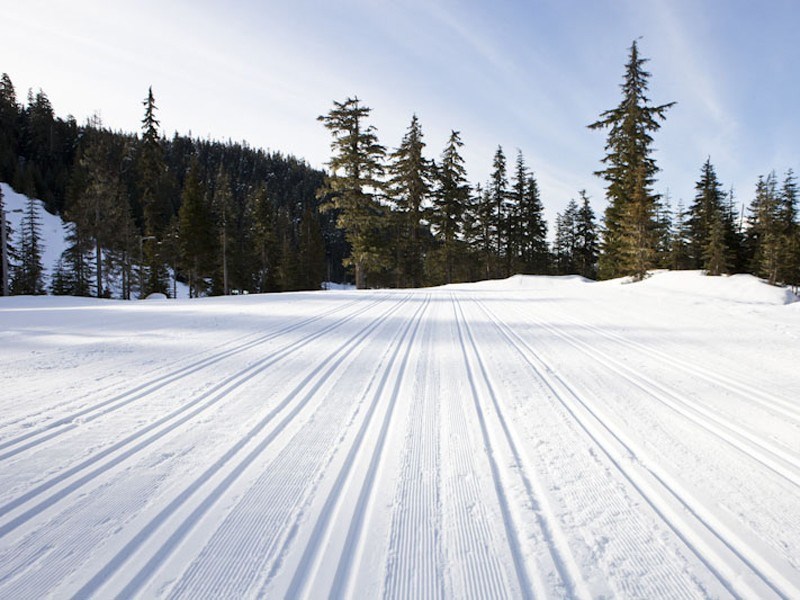 The increasingly frosty relationship between Whistler's two cross-country operators in the Callaghan Valley is not the kind of Olympic legacy skiers expected.

And now, in the wake of opening day, the power struggle in the Callaghan is being felt on the ground by skiers.

For the first time in several years skiers cannot buy a dual area pass to access both ski areas. Instead, they must pay a premium for a tri area pass to access Callaghan Country and Whistler Olympic Park (WOP) as well as the Lost Lake trails more than 20 kilometres away in the village.

And when skiers go to the Callaghan, there is no longer a seamless ski experience as has been the case in the past four years during the development of the $120 million Olympic facility in the lead up to the 2010 Games.

"To me, it's a completely unacceptable business arrangement," said avid Nordic skier Cathy Zeglinski. "It's tied in together, it's not two separate facilities and they have to get along and not put the cross country skiers in the middle of it."

Some skiers, she added, particularly those from Squamish or the Lower Mainland, aren't interested in skiing the Lost Lake trails. "The big thing that's a real concern to the Nordic skiers is there is not a dual pass for WOP and Callaghan Country which is unfortunate because this is the biggest legacy that the Olympic has given us truly in terms of sport."

The WOP trails opened last Thursday Nov. 24. Zeglinski has not skied there yet this season but some years she's on the trails as often as four times a week for several hours as she trains for endurance competitions.

This year, unlike in years past, there is no interconnectivity for skiers between the two areas, which sit side-by-side and together offer 90 kilometres of trails.

This summer the two sides were unable to come to an agreement, prompting a decision from Whistler Sport Legacies (WSL), which operates WOP, to go their separate ways.

"There are two separate ski areas," explained Keith Bennett, WSL president. "If you were going to ski in (Callaghan Country, owned and operated by Brad Sills), you would simply park there and ski his trails. Or if you wish to ski Whistler Olympic Park trails you would come over to our area and park.

"We're not grooming into Brad's area, into Callaghan Country."

There is no easy access between operations for those on skis. Nor is WOP grooming one of the key trails in its tenure, which Callaghan Country skiers use. The Madeley Lake Road still has a forest service road designation.

"We're waiting for the ministry to let us know what that means and in the meantime they've advised us not to groom it, so we're not," said Bennett, adding that Callaghan Country was advised the same.

But that's not stopping Sills. He said he's carrying on with his operations as he has for the past 31 years. And he believes he has a right of way to Madeley Lake and intends to keep grooming that trail.

"We never gave up that right," he said, referring to the negotiations in the lead up to the Games. "It forms the access into the eastern part of our tenure."

Zeglinski said the tug of war playing out in the Callaghan sets the wrong tone for tourists.

"To take our resources that we have and then make it difficult for people to access is not the right direction to go," she said. "We should be inclusive and also embracing what we have and expanding on in rather than trying to detract from it.

"When you have terrain, you don't want to reduce the terrain and you don't want to have people coming from elsewhere who feel that there's some kind of unusual circumstances going on. It has to have a united front."

Bennett explained this week that the focus on the WSL is on sport development and on recreational skiing.

Sills said a third party should step in to manage the situation. "The reasonable solution here is that someone facilitates a cooperation agreement because this is just nonsense," he said.