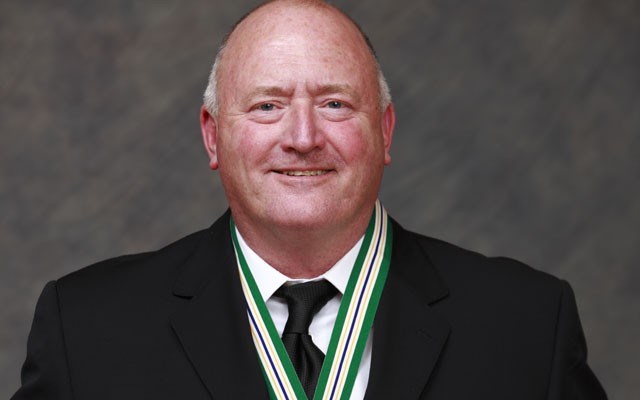 A huge loss Tributes have come from around B.C. for Tim Jones. Photo submitted.

A legendary lifesaver is being honoured at the end of his own life. Tributes have come from across B.C. following the death of North Shore Rescue (NSR) leader Tim Jones.

B.C.'s best-known search and rescue volunteer passed away Sunday, Jan. 19 at the age of 57. Jones reportedly suffered a sudden heart attack as he was coming down from NSR's cabin on Mt. Seymour late in the day with his daughter and others. According to a news release from NSR, he passed away on a Mt. Seymour trail, despite the efforts of all who attended the emergency.

"We are very sad that we have lost our tenacious leader who has done so much for this team and our community," the news release read.

Jones participated in more than 1,400 rescues, including a few in the Sea to Sky corridor.

Jones and Sills first met in 1994 when Ann Marie Potton went missing on Whistler. Sills knew back then that Jones was dedicated to backcountry rescue.

"He just simply had the capacity of 10 people. There was no off switch on that tiger," Sills said. "If I was ever lost or injured in the mountains I would want Tim Jones looking for me."

"He was an outspoken advocate for all matters relating to the improvement and safety measures, protocols and anything to do with emergency response in the backcountry," he said.

West Vancouver-Sea to Sky MLA Jordan Sturdy knew Jones through their work together as paramedics.

"As a leader, innovator and advocate for the importance of safety and access to the backcountry, his loss will leave an enormous void, but there is no question his legacy will live on," said Sturdy.

"Tim has and will continue to serve as inspiration to many."

Said Premier Christy Clark in a release: "Tim represented the North Shore and B.C. at our absolute best.

"He dedicated the best part of his life to helping people in the worst moment of theirs — Tim's North Shore Rescue team often meant the difference between life and death."

Clark presented Jones with the Order of British Columbia in 2011. He also received a Queen's Diamond Jubilee Medal in 2012. Clark said Jones played a key role in building NSR into one of North America's most innovative and successful search-and-rescue teams.

Jones, who worked as an advanced life support paramedic for 32 years and volunteered with NSR for 26, was a unit chief with the BC Ambulance Service. Peter Thorpe, the acting chief operating officer with the ambulance service, said Jones was a life-long learner and teacher

"At this time, we are trying to come to terms with this sudden loss and focus our efforts on supporting staff who responded to the call," said Thorpe. "We send our deepest sympathies to Tim's family, friends and colleagues."

Jones will be remembered at a service planned for Saturday, Jan. 25 at the Centennial Theatre in North Vancouver. He is survived by his wife and two adult children. His son, Curtis Jones, has worked as a search-and-rescue member for NSR for nearly a decade.