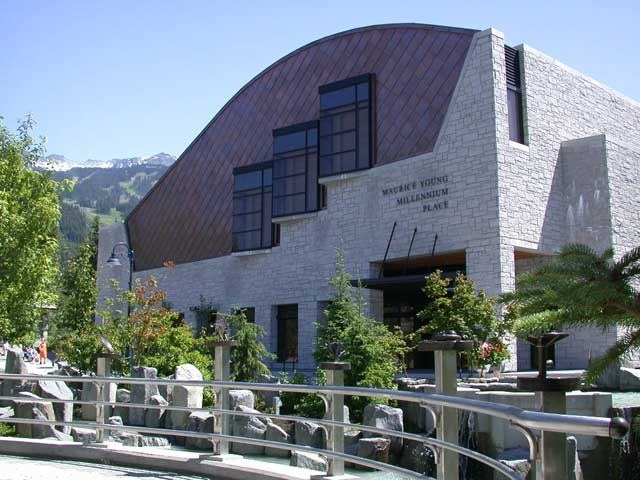 End of a Millennium? Foreclosure is a legal option in the credit dispute between North Shore Credit Union and My Place

The North Shore Credit Union informed the Whistler Interfaith Society and the MY Millennium Place Society this week that they intend to enforce their security on the $3.2 million MY Place loan.

The credit union has not renewed the loan and informed the two parties that they will only accept payment in full on the debt, according to Peter Shrimpton, president of the Whistler Interfaith Society (WIS).

Shrimpton added that the letter’s ramifications mean that the initial stage of the foreclosure proceedings has begun.

While WIS currently owns Millennium Place, the Resort Municipality of Whistler has guaranteed the loan and in 2005 took over the debt payments, which are approximately $132,000 a year. To date, NSCU has not been re-paid any principal.

Meanwhile, NSCU’s vice president of corporate affairs, Doug Smith, said on Wednesday, Oct. 29, that while foreclosure is a legal option, it is not a desirable one.

“The end goal here is to have a mutually beneficial solution that works for all four parties (NSCU, WIS, the Millennium Place Society and the RMOW),” said Smith.

“Foreclosure is not a mutually beneficial solution, and it is probably something NSCU would do if we had to, but that is not the end goal.”

Smith would not comment on whether the process of foreclosure has begun, but he said that NSCU does not want to own the building.

The municipality had planned to borrow the $3.2 million from the Municipal Finance Authority (MFA) during the authority’s Sept. 23 meeting, but the transfer of ownership agreement between the municipality and the interfaith society was not reached in time. The MFA’s next meeting is in five months.

Last month the interfaith society informed the RMOW that they will only continue discussion if they are guaranteed long-term use of the building. Among many things, WIS is concerned that that proposed lease is only for a five-year term, compared to their current 99-year lease, of which they still have 91.5 years left.

Lisa Landry, manager of economic viability for the RMOW, said she does not know if it would be possible to borrow the money from the MFA before their next meeting, or if the authority could actually fund it.

“Every week that goes by, it is getting harder and harder to find the money,” said Landry, referring to the current economic situation.

“It would have been so much easier to get the money last month, and it just continues to worsen.”

She added that the municipality cannot provide the building free of charge to WIS for 99 years because the Community Charter does not allow liability agreements over five years. To go over that five-year period, the RMOW would need to get the approval of the public.

“We have never gone through that process,” she said.

Councillor Tim Wake, who sits on the MY Place board, said he is hoping a conclusion can be reached that does not involve the struggles of foreclosure or another legal vehicle.

Added Councillor Eckhard Zeidler: “We have been trying to resolve this with WIS for years with no success or even hint of progress, and our first priority if our guarantee is called must be to protect tax money, which belongs to the people of Whistler.

“Do we invest taxpayer’s money into something we don’t even own?” he said.

The WIS — once called the Whistler’s Skier’s Chapel Society — acquired the land where Millennium Place stands in the early 1980s from the province.

Construction on the facility began in the late ’90s, and Millennium Place opened in May 2001. But WIS was not able to raise enough funds to cover construction costs and the RMOW agreed to guarantee a loan for the purposes of reducing interest costs on the loan.

In 2007, the plan to transfer ownership was developed. RMOW would pay off the loan from the credit union and provide an option for WIS to purchase the property back, for the price of the layout plus interest, for five years.