Cheakamus Community Forest open to ending harvesting of old trees when the time is right
Nov 4, 2011 7:55 AM By: Jesse Ferreras 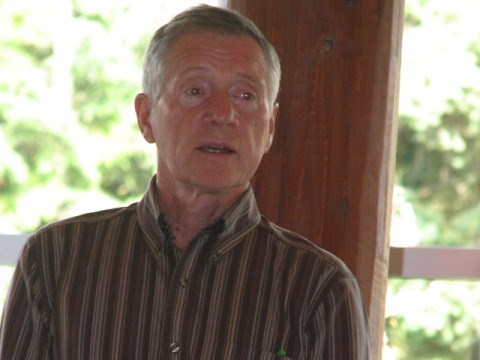 It may be possible within two decades to halt the logging of old growth trees around Whistler.

That's according to Peter Ackhurst, chair of the Cheakamus Community Forest (CCF), who said at a Thursday open house that ending old growth logging is possible, but that the CCF would have to wait until enough second growth trees matured enough to be logged themselves.

"Right now, there is no second growth that's old enough to harvest," Ackhurst said. "There will be some old forest logging at least for 20 years. I would think it would be very difficult to maintain the harvest without logging the old growth."

The CCF is a partnership between the Resort Municipality of Whistler, the Squamish Nation and the Lil'wat Nation to manage 33,000 hectares of forest together, instead of a tenure being granted to a private company.

This way, the partnership argues that it can have influence over the logging activity that takes place. It has contracted Richmond Plywood to do the actual logging but the community, through the CCF, can provide input on where that logging takes place.

The Thursday open house was meant to provide an update on the CCF's activities in 2011, as well as provide information about Whistler's designation as a "landscape unit."

The open house provided for a brief dialogue about logging around Whistler, which has been a concern for many community members concerned about cutting down trees that are over 100 years old.

Whistler Councillor Eckhard Zeidler, one of the community members concerned about old growth logging, asked Ackhurst whether the CCF would ever be in a position to "completely exit" the harvesting of old growth forest.

"Would it be a fair statement to say that after 20 years, the values in our community and with our partners, with Squamish Nation and Lil'wat, are to cease the logging of old growth?" he said. "That we could achieve that, through those values, but could we not pursue it through the Cheakamus Community Forest?"

Ackhurst responded positively, saying that the "20 years" he cited would be a fair statement.

Ackhurst said after the meeting that stopping old growth logging is something that the community forest would be open to, but he cautioned that to make it happen, the partnership's plans for logging would have to be approved by the BC Forest Service.

As it stands, there's an agreement by the partnership with the province to cut 40 hectares a year and there is currently not enough second growth to meet that requirement.

"(Zeidler) was saying that we should develop a plan to get some targets of how much old growth we should log," Ackhurst said. "And so yes, these are projections, these are plans and there's nothing wrong with that.

"No one is saying that's a plan yet, we're just talking about it. This is the kind of discussion we should have in the future."

As for actual logging activity by the CCF, Ackhurst said approximately 30 hectares have been logged in 2011, while five hectares were logged in 2010. Logging has been concentrated in areas such as Brew Creek, the Brandywine and Wedge Mountain.