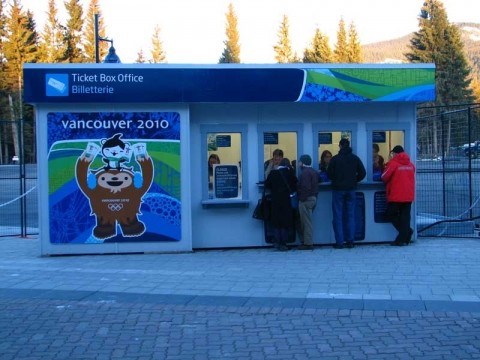 As the days count down to the start of the 2010 Games in February more and more much-needed information is becoming available. Below are some useful details for the days to come.

Permits for driving the Sea to Sky Highway during the 2010 Olympic Winter Games are in the mail.

Two permits per household - which are fully transferable between vehicles, tenants and/or guests that have a parking space - have been mailed by VANOC to Whistler residential property owners.

Permit distribution offices will open Dec. 14 in four locations; one in Vancouver and three in the Sea to Sky corridor.

There will be a checkpoint at Alice Lake, which will ensure that people going through have a parking place in the resort. It will be in operation between 6 a.m., or earlier, and 6 p.m., Feb. 11 to 28. There will be no parking at venues or on public streets in Whistler.

Residents who visit a permit office will need to show a photo ID and proof of address, such as a utility bill. Businesses will need to show their business licence and proof of operations in Whistler or points north, while hotel guests will be asked to show confirmation of their room reservation. To find out more about these permits, visit http://www.whistler2010.com .

The permit offices in the corridor are at Whistler Municipal Hall, the Squamish Volunteer Centre (No.2-40437 Tantalus Road), and in Pemberton at the Old Community Centre (7567 Pemberton Meadows).

For more information go to: http://www.travelsmart2010.ca .

The Olympic bus network website was also launched this week and can be accessed through the Travelsmart website, which will offer phased venue-by-venue booking starting Dec. 4.

VANOC will be launching an initiative to connect with talented individuals in the Sea to Sky corridor who are interested in being volunteer entertainers at Whistler Olympic and Paralympic Park, Whistler Creekside and the Whistler Sliding Centre.

The Sea to Sky Performer Information Session is booked for Sunday, Dec. 6 from 5 to 6 p.m. (doors open at 4:30) at the Sea to Sky Volunteer Centre at 40437 Tantalus Road in Squamish.

The Sea to Sky Auditions are booked for Sunday, Dec.13, from 11 a.m. to 5 p.m. at the Sea to Sky Volunteer Centre in Squamish.

Parlaympic organizers are looking for torchbearers for the 10-day relay starting March 3.

Positions are available through the public torchbearer application program, operated by the Province of British Columbia, which is open to all Canadian residents who are aged 13 or older by March 3, 2010.

The Vancouver 2010 Paralympic Torch Relay is presented by Coca-Cola and RBC and supported by the Government of Canada and the Province of British Columbia.

All applicants will need to describe why they want to be a torchbearer and how they embody the Paralympic values in their everyday life. Each torchbearer selected must also have transportation to and from their assigned torchbearer location. Applications will be accepted at www.YouGottaBeHere.ca until 11:59 p.m. (Pacific Time) on Jan. 6, 2010.

The Paralympic Flame will visit Whistler on March 8. On March 11, 2010, the relay will turn into a 24-hour event through Vancouver's downtown core surrounding Robson Square as part of a daylong celebration of culture and sport counting down the final moments until the opening ceremony of the Paralympic Games at BC Place.

During the relay, an estimated 600 torchbearers will carry the flame in the curved steel blue torch, while wearing their matching blue official keepsake torchbearer uniform.

Tickets for all Paralympic events, including such high demand sessions as the opening ceremony, alpine skiing and ice sledge hockey, can be purchased at www.vancouver2010.com, in person at Main Ticket Centres in Vancouver and Whistler or over the phone at 1.800.TICKETS or 604.629.7140 TDD/TTY, as part of Phase 3 of ticket sales for the Games.

The Whistler Main Ticket Centre (MTC) opened last week and lineups were a common sight as corridor residents bought up more of the remaining tickets on sale.

The ticket centre will be open to serve the public Tuesdays through Sundays from 10 a.m. to 6 p.m. VISA and cash are the only accepted payment options.

Olympic tickets remain for all Whistler-area competition venues including events at The Whistler Sliding Centre, Whistler Creekside and Whistler Olympic Park and they are only available at the Whistler MTC. These tickets - including the tickets sold during the Oct. 24-25 "Locals" sale - will have "No Olympic bus network access" printed on them. However, tickets will still provide access to local public transit on the date of the event.

Tickets to city-based events will be available for purchase at the Whistler MTC, in addition to the Vancouver MTC, online at www.vancouver2010.com and by phone at 1-800-TICKETS.

To purchase Whistler Olympic tickets at the Whistler MTC, customers must provide government issued photo identification and have an address in the Sea to Sky region or proof of accommodation in the area. Residents of the Squamish to Mount Currie region who made purchases during the special "Locals" Whistler Olympic ticket offer on Oct. 24 and 25 can also pick up their tickets in person.

The entertainment schedule for the 15 nights of Whistler Olympic Victory Ceremonies will be announced on Dec. 4. Paralympic tickets for high-demand events such as the opening ceremony, ice sledge hockey and alpine skiing are also currently available.

Come out to the Telus Conference Centre Dec. 9 to learn more about what life will be like in Whistler during the Olympics.

Since 2008 Olympic organizers have been meeting with businesses and residents to plan and identify concerns at Games time.

The meeting, which is scheduled from 7 to 9 p.m., will offer more information and speakers will be available for questions.

The sessions will focus on the activities associated with pre-Games and Games-time operations in areas such as venue and transportation operations, security and public safety, and will also provide insight into how a venue operates before, during and after the Games.

Other Game Plan meetings will take place at the Pemberton Community Centre Dec. 8 at 7 p.m. and at Brennan Park Recreation Centre in Squamish Dec. 10 at 7 p.m.

Furlong to speak at chamber lunch

John Furlong will speak at the Whistler Chamber of Commerce luncheon at Nita Lake Lodge Dec.15.

Admission is $30, or $25 for members. Contact events @whistlerchamber.com to reserve a spot.

The Business Person of the Year will also be announced at the lunch.