Project's impacts on housing, environment and culture top of mind for many locals
Apr 13, 2016 6:00 PM By: Brandon Barrett 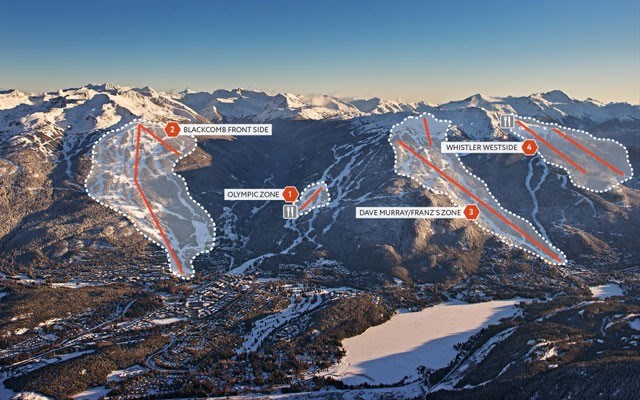 For a booming ski resort competing to stay atop the snowsport world, change is a necessary constant in Whistler.

And just as past generations were polarized by the continued evolution and modernization of the resort, community opinion was divided on Whistler Blackcomb's (WB) recent announcement of its long-term, $345-million investment. Plans for the company's three-phase project, dubbed Whistler Blackcomb Renaissance, include a new lift, an indoor adventure centre and waterpark, two luxury real estate developments and a major expansion of new bike trails. They were unveiled at the Whistler council meeting on April 5.

Pique reached out on social media to gauge the community's reaction and, by and large, locals seemed to agree the move made sense from a purely business standpoint, considering the need to continue driving visitation and weatherproofing against the effects of climate change.

"There's always going to be people complaining no matter what you do," said 30-year resident Paul Fournier when reached on the phone. "But there's two sides to the coin and I think it's actually going to create a whole lot of economic confidence in Whistler. Since 2008, we've been in the dumps, we've had an Olympic hangover. We had a short-term loss because of the Olympics and now we're starting to see the long-term gain."

Many of those sentiments, however, came with caveats pretty much across the board.

"Overall, I think it's a strong long-term plan, and we do have to look at these things with the climate changing and even the people coming to our town changing," said resident Todd Hellinga on the phone. "But I feel like we love to pat ourselves on the back for all these great ideas while we ignore the very real challenges and problems happening in our town."

For most, the major concern centres around the project's potential impact on Whistler's already tight housing market. All told, estimates are that Renaissance will bring in 122,000 room nights and 407,000 visitor days annually by the third year of operations. The development will also likely result in an additional 200 to 300 bed units, requiring an OCP amendment, thanks to a 60-unit luxury townhome complex and a boutique hotel and residence slated for the base of Blackcomb.

"(The plans) should include affordable housing. There's already not enough," commented one Facebook user. "Where are all the employees for these new projects going to live?"

While there are no plans yet to put shovels in the ground, WB president Dave Brownlie said the company would explore different employee housing options if needed.

"It's certainly something that is a priority for us," he said, estimating the project will require an additional 150 to 200 employees during peak times.

Some bemoaned the anticipated strains on highway traffic and municipal infrastructure — something Brownlie committed to working with government partners on — while others took a more philosophical stance, lamenting the supposed dilution of Whistler's ski culture.

"To me, it really isn't a surprise that the mountain is taking another step in the direction of development and industrialism. The experience is different now, not worse but just different," wrote Anna Scott in a Facebook message. "If you want Disneyland, come to Whistler; if you want a real authentic ski experience, maybe head to Whitewater or Kicking Horse. It's sad to see the mountain expand so much, but also to be expected."

But diversifying what's on offer is designed to appeal to every type of Whistler guest, Brownlie said, ultimately giving "another reason to bring some folks into the mountains that may be tentative to come here.

"It may be the first step in a longer relationship that gets them outdoors and gets them on skis and gets them on mountain bikes," he added. "We're looking at this as a way to offer a broader experience to ultimately showcase some of those other experiences that people don't get to. It's actually a way of building our core business in the future."

Of course, a project of such a scale will also come with environmental impacts. WB has committed to continuing and improving upon the various practices that have earned it more than 30 provincial, national and international awards in sustainability, but AWARE president Claire Ruddy still wonders if a more long-term view can be taken.

"We recognize that WB has achieved a leadership role in their industry for reducing the impacts of waste, energy and water footprints of their business, as recognized through numerous awards. It was interesting therefore that the environmental projections provided at the (April 11) open house related only to the Phase 1 Watershed development," she wrote in an email. "If environmental impact projections are not made clear from the start and rather provided piecemeal in phases, then the community isn't getting a full understanding of how WB's corporate Renaissance plan will affect shared interests."

The Watershed is estimated to take 2.9 million litres of water to fill and is predicted to lose 15.9 million litres a year to evaporation flow/waste, representing a third of a per cent of Whistler's total annual water volume. There is also a goal to hit an 80-per-cent target for waste diversion at the facility, as the company has at the Rendezvous Lodge.

Get BearSmart Society director Sylvia Dolson also acknowledged the project's potential impact on bear habitat, particularly over in Creekside, where 50 kilometres of new trails are slated for construction.

"I think it's pretty obvious adding a bike park in Creekside, in the middle of bear habitat, is going to affect the bears," she said. "To what extent we don't know."

It's also unclear how much of a strain the bike park, as well as the other amenities planned, could place on the Whistler Health Care Centre, which is already feeling the pressure of the resort's ballooning summer event calendar.

And what about Whistler's newest competitor, Garibaldi at Squamish, a four-season ski resort planned for Brohm Ridge that has been widely panned by local officials and WB executives? Jim Chu, VP of special projects and partnerships for the Aquilini Investment Group, welcomed the competition.

"We've always said that creating a cluster of resorts that tourists can visit will actually enhance the marketability of the Sea to Sky corridor," he said. "We also think that having more amenities for local people to go to and use will mean more vacation dollars stay at home as opposed to leaving the region."

Whistler Blackcomb still has some major hurdles to cross before Renaissance can break ground, including the renegotiation and extension of its Master Development Agreements and master plans, which offer a 60-year view into the future of the resort, consultation with both Lil'wat and Squamish First Nations, and the finalization of a proposed business partnership between those First Nations.

"It's certainly not a done deal yet," said Squamish Nation Chief Ian Campbell. "We know that Whistler Blackcomb presented to the RMOW last week and have made it public how they'd like to see the next 60 years unfold, and it was very important to have Whistler Blackcomb recognize the need to work with both Squamish and Lil'wat First Nations in order to actualize those plans. I think the relationship is strengthening over the last little while and I certainly feel optimistic that there will be value for all parties involved."

Campbell said it's still early to say with any certainty the benefit Renaissance could bring to the local First Nations. He hopes the nations' concerns around "the environment, culture and spirituality, leading towards the opportunity for economic participation by the nations" will be addressed during the consultation period.

It's anticipated that all three phases of development will take over seven years to complete once the necessary approvals are in place.