Former mayor back in town to take in the Olympics he helped bring to Whistler
Feb 19, 2010 1:45 AM By: Alison Taylor 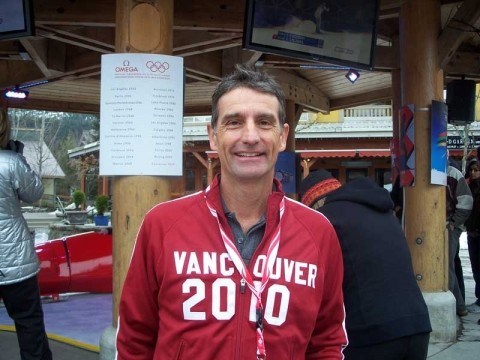 Whistler's Olympic rings look right at home in the village.

That's according to former mayor Hugh O'Reilly, staring down Village Stroll towards the five large rings on the edge of medals plaza.

"We were built to do these things," he said, while on his short visit back to Whistler from his home in Hawaii, where he now sells real estate.

"I feel really connected to it all just watching it."

It's been more than four years since O'Reilly was mayor of Whistler, having left close to the end of a difficult last term after nine years at the helm of council.

He was instrumental in leading Whistler on its Olympic journey in the early years.

"I think Whistler held its ground," said O'Reilly of the early negotiations for the Olympics. "We got a lot of legacies."

The resort was also instrumental in pushing the sustainability agenda, an agenda near and dear to O'Reilly's heart. He said part of that pushing led to smaller, more compact venues.

"I think we did a good job of articulating what would be appropriate," he said.

Even now, O'Reilly is working with a Vancouver-based company on a project aimed to reduce emissions in fleet vehicles. He is trying to drum up investors during the Games.

But when asked what he is most proud of, O'Reilly has a ready answer.

"I'm proud of the community," he said. "I just think Whistler is one of the greatest places in the world. It really is. It's got it all."

He was always planning on coming back with his wife Patti for part of the Games and then Premier Gordon Campbell sent them two tickets for Vancouver's opening ceremonies in recognition of the mayor's early involvement.

To see it now unfold before his eyes is a great thing.

"You just feel very proud to have had a little piece in all this," he said, looking around at the crowded village streets, the people dressed in their national flags, the buzz around town.

When asked if he wishes he was mayor for the Games, O'Reilly was candid: