Parents line up overnight to register for afterschool care 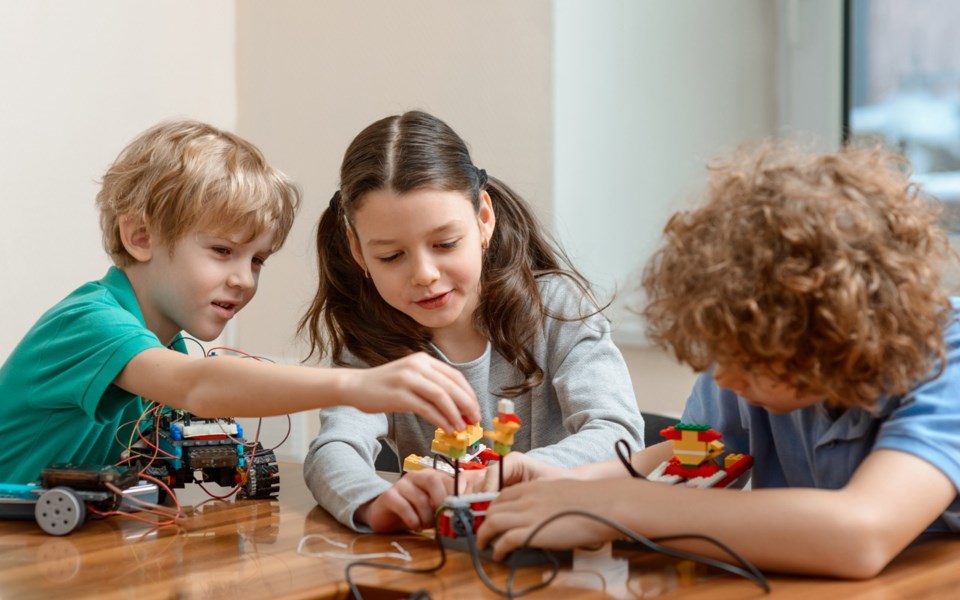 AFTERSCHOOL CARE Some Whistler parents had to line up overnight at Meadow Park Sports Centre to register their children for the municipality's Kids on the Go afterschool program. shutterstock

As Whistler contends with the same childcare shortage affecting much of the province, some local parents had to line up overnight last week to register their children for the municipality's Kids on the Go program.

In-person registration for the afterschool program began at 9 a.m. on Sunday, Aug. 12 at the Meadow Park Sports Centre, but applicants could take a number as early as 6 a.m. According to multiple reports on social media, some parents took that a step further by camping out the previous night to land a spot for their children.

One woman, posting on Facebook, said she was unable to line up overnight due to her sister's wedding, and ended up missing out entirely.

"Now we are screwed and have no (afterschool) care and it will be another year of stressful afternoons bringing my young daughter to hang out at my work and trying to keep her entertained and out of everyone's way," wrote Facebook user Anna Tude.

Sara Jennings arrived at 5 a.m. Sunday to line up, and while she landed spots for both of her school-aged children, she said she was unable to secure her preferred days forcing her to rearrange her work schedule as the Whistler Food Bank coordinator.

"Normally I've worked the same days every week for about six years, so this year it's going to be different with me being week to week. I am going to have to change my work schedule due to the lack of childcare on some days," she said.

Whistler Mayor Nancy Wilhelm-Morden conceded that the Kids on the Go program should probably expand beyond its 54 registration spots to keep pace with the community's growth; Whistler's population jumped 21 per cent in the latest census from 2016, making it one of the fastest-growing communities of its size in Canada. But she did note that last year, everyone on the Kids on the Go waitlist was able to secure afterschool care due to cancellations or rescheduling.

She did acknowledge, however, that, like many other local employers, the municipality has struggled to recruit qualified staff.

"For teachers in Kids on the Go, there are quite a number of requirements, like being 19 years old, having a combination of courses with at least 20 hours duration in child development, guidance, health and safety, relevant work experience, first aid, criminal record check, and so on," she said. "It's difficult to find teachers."

Wilhelm-Morden added that the RMOW "can't solve this issue alone" and urged senior levels of government to take action.

"I'd like to see both a provincial and a federal daycare policy," she said. "We've talked about these things for years and it just hasn't come about either federally or provincially and it's long overdue."

In its February budget, the B.C. government announced the Child Care Fee Reduction Initiative that would cut daycare costs by up to $350 a month per month, per space depending on the age of the child and whether they are enrolled in licensed family or group daycare.

But some parents have already warned of daycare facilities hiking up their prices ahead of the school year to help recruit staff, effectively offsetting the savings.

Jennings, a former early-childhood educator, believes the municipality can't sit on its hands waiting for a solution from Victoria.

"If the muni takes childcare seriously, they can increase the wages (for Kids on the Go facilitators) and attract more people. If the wage is increased, I believe there would be more applicants," she said.

She also recommended changing the registration process so that children enrolled in the program the year prior are guaranteed the same days the following year.

"It does make it harder for the new parents coming in, but at least then you can manage the waitlist as it comes rather than waiting until the first week of August to figure out how many kids need childcare," Jennings said.

For her part, Wilhelm-Morden said the municipality is amenable to any suggestions that could make registration smoother.

"If people do have concrete suggestions, they should certainly let us know," she said.

Whistler overdose prompts warning to community not to use drugs alone
Nov 20, 2020 9:08 PM
Comments
We welcome your feedback and encourage you to share your thoughts. We ask that you be respectful of others and their points of view, refrain from personal attacks and stay on topic. To learn about our commenting policies and how we moderate, please read our Community Guidelines.