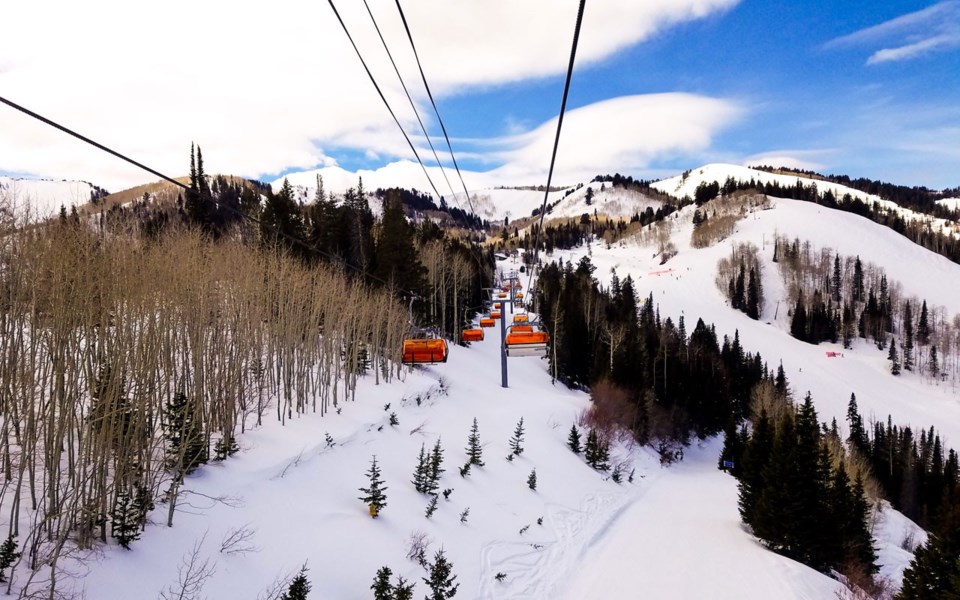 Park City ski patrollers have reached a two-year labour agreement with Vail Resorts that will recognize workers with specialized skills and certification.

The deal was ratified by 97 per cent of members.

The new contract includes a base wage increase and compensation package for employees with special skills, such as avalanche control, dog handlers, chairlift evacuation coordinators, EMTs and paramedics.

"We were motivated by a desire to retain a highly skilled, professional, and tenured Ski Patrol workforce," said Julia Edwards, business manager for the union, in a release. "We're working diligently to ensure that Patrollers can earn a livable wage, and remain here serving our guests and the Park City community for their entire career."

Previously, workers with specialized safety certification were not paid more at the Utah resort, although ski patrol and mountain safety personnel did have access to education packages that covered avalanche training and other mountain-safety skills.

CWA spokesperson Al Kogler said the addition of a specialty-skill compensation scale was "a big deal," and will go a long way towards retaining qualified staff long term.

"Sometimes there's a bit of a rub with the resorts, and this isn't unique to Vail (Resorts), but they want to portray this as really not a career, as something you do for a few years before you figure out what you want to do with life," he explained. "We've got many, many people who want to do this for the rest of their life, so to be recognized for these extra skills that they've gone and taken classes on is the best way to keep people coming back."

Negotiations with Vail Resorts began last summer and continued after the previous two-year agreement expired in November. Union members agreed to work through the holidays without a contract so as not to "inconvenience guests," said Kogler.

"Ultimately it came together, so we're happy, but there are always tense moments near the end (of negotiations)," he added.

In a statement, Park City Mountain Resort COO Bill Rock said he was "pleased" to move ahead with a new contract. "A lot of time, energy and effort went into reaching this new agreement, which is in alignment with the overall Vail Resorts policies, programs and compensation practices, and mutually beneficial to both parties," he said. "As a Company, we are committed to treating all of our employees fairly and investing in their continued development."

When Vail Resorts merged the former Canyons Resort and Park City Mountain Resort in 2015, at the time, neither Park City employees nor Vail Resorts were in favour of unionization. Patrollers from Canyons, in contrast, had already operated under a union for years and led the push to organize under the merged resort.

Last year, a group of Whistler Blackcomb ski instructors announced they had been meeting with representatives from the United Food & Commercial Workers (UFCW) Union 1518 in the hopes of eventually organizing the ski resort's 4,000-plus workforce. Now, their sights are set on local workers in other resort sectors as well.

The group has a tall order ahead of it: Signatures from at least 45 per cent of a proposed bargaining unit must be obtained before the group can apply for union recognition from B.C.'s Labour Relations Board.

"A lot of our focus this season is going towards really trying to help with community education, educating workers on what their rights are, on basic legislation," explained UFCW organizer Keith Murdoch. "We've started Worker Wednesdays to help facilitate that and that's the focus for us."