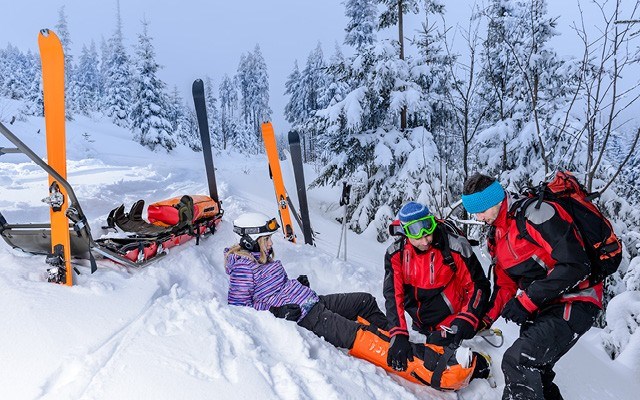 One year after voting to form a union, the Park City Professional Ski Patrol ratified its first contract with Vail Resorts on Nov. 14.

"It gives us some well-outlined rights and benefits, so moving forward we kind of know where we stand, and it gives us a baseline for future negotiations as well."

The agreement covers about 200 employees, made up of patrollers from the former Park City Mountain Resort and Canyons Resort and the newly created Mountain Safety Patrol — all of which operate as a single department at Vail's Park City Resort.

Earl estimates fewer than 400 patrollers are unionized in the U.S.

"It's a very, very small percentage of patrollers in the United States that are currently unionized," he said.

"I think the one thing about unionizing is it's up to the group, and what's best for the group. For our group, we looked at it and we decided that the union was the best way to move forward, and so we certainly encourage other groups of patrollers to look at what we're doing, and look at their own situation and see if it's something they might be interested in."

In an emailed statement, Vail Resorts spokesperson Kelly Ladyga said: "We're pleased the Park City Ski Patrol voted Nov. 14, 2016, to approve the labour agreement so that we'll have certainty with that relationship for the next two years.

"After the many months of respectful, good-faith bargaining and the tremendous effort expended by both sides at the negotiating table, the agreement with Park City Ski Patrol provides for wage increases, benefits, work conditions and performance assessments consistent with what we already provide employees in Park City and what we provide U.S. ski patrol and mountain safety employees across the company."

While every situation is unique, Melamed said he could see why Park City patrollers have taken the union route.

"There are definitely times in the years that I worked at Whistler Blackcomb, and for Whistler Mountain even before they were unified, where we felt that we might have more ability to negotiate better benefits and better treatment from the management, but it's a two-edged sword," he said.

Whether it's working with explosives doing avalanche control or navigating precarious terrain along cornice lines, patrolling is an inherently dangerous profession.

"Let's give credit to WorkSafeBC, where there's lots of legislation to protect workers, but there's all kinds of discretionary things that the patrols could be concerned about," Melamed said. "There's cliff rescues and lift rescue — I don't know how many times I went down a chair lift cable, or had to climb a 20-metre high tower... and the fact is a lot of patrollers just get hurt in the daily routine of the job."

Melamed said he can't speak for the current group of local patrollers, but with Vail's recent acquisition of Whistler Blackcomb, the situation could be one to watch.

"I don't know what the morale is currently at the mountain," he said. "The big question is: how are the new owners going to change the working relationship between management and personnel?"