Past Olympic hosts continue to celebrate Games in Whistler 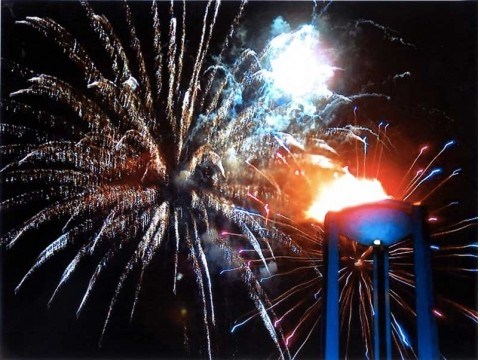 Lake Placid knows all about the Winter Olympics; it's hosted them twice before.

It's this status as two-time Olympic host that keeps bringing them back to the Games. This time Lake Placid is coming to Whistler with an official "friendship centre" in the heart of the village, and it isn't the only past- North American host of the Winter Olympics joining in the 2010 celebrations.

"The big thing is maintaining an awareness of Lake Placid's Olympic legacy and heritage and our winter sports heritage," said Kim Rielly, communications director at the Regional Office of Sustainable Tourism (ROOST), once known as the Lake Placid/Essex County Visitors Bureau.

"It's a really good opportunity for exposure as a destination because tourism is our biggest industry.

"We're also hoping that it will serve to be a gathering place for our regional athletes that are competing there. We certainly have a number of them because many of them train in Lake Placid. It's providing them a 'home away from home' as well as welcoming the rest of the world to our Lake Placid region."

And so, for the Olympic period, the Lift Coffee Company at its prime location beside the Whistler Village gondola will be the Lake Placid "friendship centre." It had a similar centre at the Salt Lake Games in 2002. It will be open to the public during the day where Lake Placid Olympic memorabilia will be on display. At least three to four nights will be reserved for private functions.

Salt Lake City (2002 Games), Squaw Valley (1960 Games) and Alberta (1988 Games in Calgary) will all be a part of the 2010 celebrations, showing that once a city has hosted an Olympic Games it will always have memories to celebrate, one way or another.

Perhaps the biggest financial splash is coming from the east with a $6.6 million contribution from the Alberta government to make the most of the 2010 Games.

Alberta will be ferrying guests in six luxury dome cars on the Rocky Mountaineer between Vancouver and Whistler. It will have an "Alberta House" in both communities. The railcars will be wrapped in messaging with the name "Alberta" flashing down the tracks throughout the Sea to Sky corridor. The Whistler hub for Alberta's guests and businesses will be the Whistler Golf Club.

After accepting an official invitation from B.C. and Olympic organizers to be a part of the 2010 Games, the Alberta government created an Olympic and Paralympic Secretariat to oversee the marketing and promotional initiative.

It is not to commemorate the Calgary Games per se but more to capitalize on the marketing opportunities for Alberta as a whole.

"It's not about the event," said the secretariat's executive director Russ Tynan. "It's about the reputation you leave behind."

Part of Alberta's goal too is to solidify a relationship between the two hosts - Calgary and Whistler - and their sports legacy societies.

Being a past-host, he added, means you become part of a very small fraternity.

"It's a very exclusive club, so something to be very proud of."

The two other U.S. past hosts - Salt Lake City and Squaw Valley - will have a much smaller presence. But both will be here telling their Olympic stories.

Bill Malone, president and CEO of the Park City Chamber/Bureau, said this week that several representatives in the convention and visitor bureaus of Park City, Salt Lake City and Ogden Valley, all of which hosted part of the 2002 Games, will be coming to Vancouver and Whistler to hold a couple of private media events over roughly five days during the Games.

"In our case, we have a great legacy story to tell and it's everything from athletes to growth in skier days to growth in infrastructure post-Olympics," said Malone.

"We want to maintain a presence but we don't have the capability of allocating large resources towards that."

Squaw Valley/Lake Tahoe too will have a small Vancouver presence with a handful of representatives including its chief mountain host Jonny Moseley. Moseley won a gold medal in moguls at the 1998 Nagano Olympics.

"This is part of the effort to bring the Olympics back to Tahoe in 2022," said Savannah Cowley, media and public relations officer for Squaw Valley USA.

This year marks the 50 th anniversary of the Squaw Valley Olympics, which are right now being celebrated in style in North Lake Tahoe with 10 days of scheduled events.

"The Squaw Valley Olympics really spurred a lot of growth in the ski resort industry and prompted a lot of major resorts like Whistler to be built with the intention of also hosting the Olympics," said Cowley.

In addition to its small contingent promoting the area, Squaw Valley is also sending four avalanche dog teams to help with security for the Games.