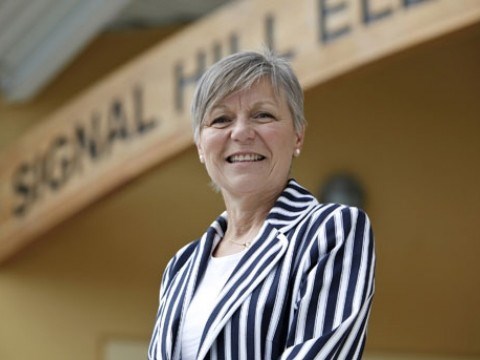 The former principal of Signal Hill Elementary School in Pemberton is taking a run at the school board.

Pat McKenzie, a career educator who served as principal at Signal Hill for five years, confirmed Monday that she plans to run for the Village of Pemberton's seat on the board of the Sea to Sky School District (#48).

"It's going to sound sort of cliché, but I am passionate about education and I really believe education is the way to go," she said. "Life depends on learning and being a lifelong learner and going to school is where you begin, where it all starts. I think that education creates a society, a very just, social society, that it builds community."

McKenzie, a Pemberton resident for seven years who has worked in education for 30 years, has seen the discipline from just about every angle except for school board. Before retiring in 2010 she served five years at Pemberton's elementary school after a six-year absence in which she served as a principal at an elementary school in Fort Nelson.

Prior to her administrative duties she spent 19 years as a teacher, first in Fort Nelson, then at Mamquam Elementary in Squamish before heading back to northern B.C.

One of the issues she hopes to take on, as a school trustee is the collective bargaining process, such as the one currently being carried out by the British Columbia Teachers Federation (BCTF) and the BC Public School Employers Association over a new contract for the teachers.

"I think it's time the schools start looking at, maybe there are local issues that we can bargain ourselves," McKenzie said. "It comes back to creating ownership, where you're looking at the person you know in your district to make a deal, not somebody removed from your district. I think there might be room for that now."

Dave Walden, who has been the school trustee for the Village of Pemberton for the last six years, will not be running for the school board again. He initially considered running to be Area C trustee but he has since decided against it.

Walden said "personal reasons" drove his decision not to run again but he added that he enjoyed his time on the board.

Susie Gimse will not run for Pemberton council

In other electoral news, Susie Gimse, the chair of the board of the Squamish-Lillooet Regional District who does double duty on Pemberton council, announced she will not run for the latter position in November's election.

"My process in advance of an election is I take those months to talk to people I represent," she said. "I did talk to a number of people, both within the municipality and Electoral Area C. I've been asked to run for mayor several times.

"In terms of Electoral Area C, the feedback I got from the Area C residents, is the Village of Pemberton has five representatives, we only have one. We have a similar-sized population, a little larger tax base, they wanted full representation from their one representative."

Gimse added that she will run for another term as Area C director and said she did not get much criticism for dividing her attention between her jobs with the Village and the regional district.