Paying remembrance to one of Whistler's most fervent champions, Walter Zebrowski 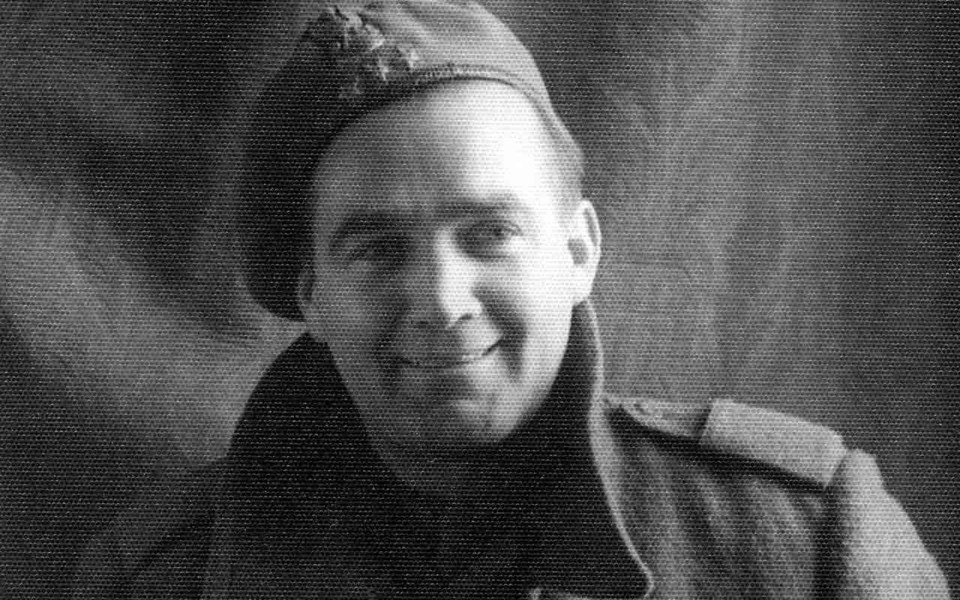 NOT FORGOTTEN Walter Zebrowski, posing ahead of the pivotal Battle of Monte Cassino in 1944. Zebrowski immigrated to Canada after the Second World War and played a crucial role in the development of modern Whistler. Photo submitted

Since his death in 1996, someone has laid a wreath at Whistler's Remembrance Day Ceremony in honour of Polish émigré and veteran Walter Zebrowski. For the first time, Zebrowski's daughter, Ewa, will lay a wreath at ceremony next week in memory of her father.

"I always think of my dad when I come to Whistler," said Ewa, who lives in Montreal. "I always feel his spirit is there ... He wanted his ashes scattered up there on Sproatt Mountain, which is what we did. I always feel him on top of that mountain looking over what's going on."

Zebrowski's improbable wartime story feels ripped out of a Hollywood script. Fighting for the Polish Army as an operations commander in charge of transportation, he was wounded on the first day of the Second World War. Eventually, he landed in France, where he began a journey that, according to his obituary, saw him circumnavigate Europe and escape Nazi soldiers—twice. He survived a U-boat attack in the North Atlantic, crossed Siberia in a boxcar in the dead of winter, and trained throughout the Middle East. In 1944, Zebrowski took part in the pivotal Battle of Monte Cassino, a challenging campaign through Italy that resulted in 55,000 Allied casualties.

He ended the war with the rank of major.

"He always thought that this was one of the most exciting times of his life, even though it was dangerous and full of peril," Ewa recalled. "But those were amazing years for him."

Zebrowski's post-war life began in 1948, when he arrived in Canada and set up a chicken farm in Burnaby. It was on a trip, years later, to Diamond Head in Squamish—on his wartime-issued skis, which are currently on display at the Whistler Museum—that Zebrowski spotted Whistler Mountain in the distance. Inspired, he claimed a plot of land in 1963, three years before Whistler first opened its ski resort.

Over the next 30 years, Zebrowski would be one of the resort's most prolific developers, clearing swaths of land with his bulldozer and eventually developing much of today's Nordic Estates neighbourhood. He also helped establish Whistler Water Works, was instrumental in bringing television to the valley, and was a founding member of the Rotary Club of Whistler. For a man who lived in literally dozens of far-flung locales over the years, it was telling that Whistler was where Zebrowski felt most at home.

He was a font of knowledge, and went out of his way to mentor young Whistlerites as they set out on their career paths—a trend that has continued through the Walter Zebrowski Memorial Fund, which has been awarded since 1997 to a graduating Whistler Secondary School students that exemplifies academic excellence and community involvement. Thanks to a fundraising campaign that has received considerable support from a number of local organizations, Ewa and former Whistler Blackcomb executive Doug Forseth have managed to raise close to $60,000 over the years to sustain the scholarship into the future and expand it to include a male and female recipient every year.

"It was an emphasis on community service because my dad was so dedicated and devoted and loved Whistler. It was his community," Ewa said.

For the second year in a row, Whistler's Remembrance Day Ceremony will be held at the new cenotaph at Olympic Plaza.

"I think the cenotaph is really, really an improvement," said organizer Steve LeClair with the Whistler RCMP. "It's actually better for the viewing public to be able to see a bit better, and it allows us to get a larger parade in there as well."

The service begins with a Veterans' Parade at 10:53 a.m. from the Ted Nebbeling Bridge down the Village Stroll, before ending up at the cenotaph.

The ceremony will include songs performed by the Whistler Singers and Whistler Children's Chorus, a helicopter fly-past, poetry readings, and the laying of wreaths.

LeClair said the parade would likely be joined by members of the 39 Canadian Brigade Group out of Vancouver and the HMCS Discovery, along with local veterans and members of the RCMP and Whistler Fire Rescue Service.

The Rotary Club of Whistler will host a free coffee reception following the service. Anyone wishing to volunteer or lay a wreath can contact LeClair at steve.leclair@shaw.ca.