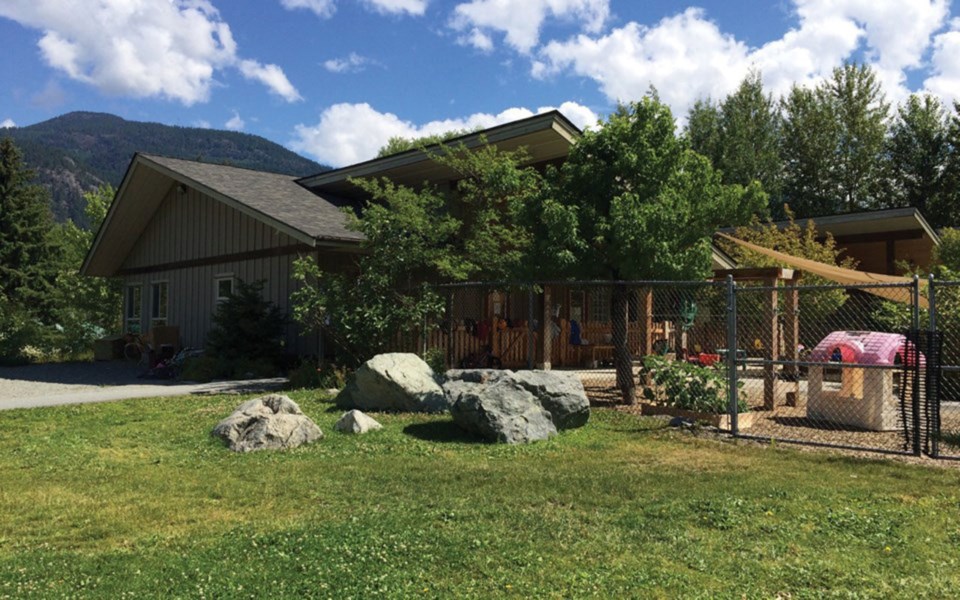 Pemberton council discussed frustrations with trying to secure more childcare spots for the community at its Sept. 15 meeting. File photo by Joel Barde

Local MLA Jordan Sturdy briefed Village of Pemberton (VOP) council on a variety of topics at its Committee of the Whole meeting on Sept. 15.

Childcare was top of mind for council as Sturdy’s visit came on the heels of a rejection from the Childcare BC New Spaces Fund.

In council’s regular meeting held earlier in the day, Chief Administrative Officer Nikki Gilmore said the application failed because the cost-per-space, roughly $60,000, was too high.

“We did go back and crunch numbers and see what we could do,” she said. “We were very limited in the location. This was going to be an expansion of the current daycare area and if you know the space, it’s quite tight. We did what we could to improvise to make something work there.”

During Committee of the Whole, Sturdy also expressed frustration with the program, noting the province approved spaces in the Lower Mainland at significantly higher unit costs than what the VOP presented.

“Those cost-per-space issues have not necessarily been dealt with on an equitable basis across the province,” he said. “Clearly, there are cost pressures in Vancouver as well and government recognized that, so they should be able to recognize it here in the Sea to Sky.”

Gilmore noted that the second round of applications to the program caps the unit cost at $40,000, which puts the VOP in a challenging situation.

“It shouldn’t just be a piecemeal, cookie-cutter scenario because every different town has different parameters [including] construction costs,” she said, noting Pemberton’s additional spaces would be a new build on municipal land. “I’m not sure where that number came from, but they seem to be pretty hard and fast on it.”

Mayor Mike Richman, meanwhile, said that being a new build, it would not be possible to get the cost-per-space below $60,000.

While securing spots is an ongoing issue, the next step of the process, finding staff, is equally challenging. The tightrope that government needs to walk, Richman said, is increasing wages to attract workers while keeping the burden off of families.

“If we built those spaces tomorrow, we don’t have the workers to fill them,” he said. “In my mind, there’s got to be a consideration for how to supplement daycare so people can get paid properly and it doesn’t increase the cost for parents that already exists, which is already high.

“Daycare workers have got to make more if it’s going to be a sustainable service.”

Sturdy agreed, saying that while wages have increased by roughly $2 per hour in the past two years to bring a fulltime early childhood educator to roughly $40,000 a year, he said that there need to be changes made so that the field is looked at more as a viable career. One possibility is including childcare under the education system’s umbrella.

Another solution to the labour crunch is ensuring that workers’ credentials are recognized. While doing this for international workers remains a challenge, Sturdy wondered whether more could be done domestically.

“What can we do about Canadian institutions, recognizing them and minimizing the delay there?” he said.

Conveniently, the only other item on council’s Committee of the Whole agenda was hearing the Social Planning and Research Council of BC’s (SPARC BC) report on childcare, which was commissioned by the Sea to Sky Putting Children First Initiative and received funding from the Pemberton Valley Utility and Services Committee.

During this portion of the meeting, Gilmore shared that a childcare provider was looking to start a service downtown, offering roughly 25 spaces over a variety of age groups. After reviewing the zoning bylaws, the VOP discovered that for the application to proceed, the applicants would need to either apply for rezoning or a temporary-use permit (TUP). As rezoning would take longer, a TUP is the recommended route. While there’s a $1,500 fee, Gilmore said there is some consideration to assist with some of the cost, possibly through community enhancement funding.

“They’re looking to get up and running really quickly,” Gilmore said.

Other glimmers of hope from preliminary discussions, she said, included that WorkBC is looking to run paid training for early childhood educators somewhere in the corridor, while two developers have expressed interest in keeping community space available for childcare.

Richman said that solutions need to come as soon as possible.

During Sturdy’s time with council, he touched on a variety of subjects, including the challenge the Sea to Sky faces as a tourism hub during the COVID-19 pandemic.

He noted that he’s trying to encourage more recreational opportunities as Joffre Lakes Provincial Park remains closed, and access to Garibaldi Provincial Park is limited to roughly 400 people a day.

“You look at some of the numbers that are allowed in Garibaldi Park, which is close to 30,000 hectares, and the numbers are very, very, very small,” he said. “Her comment was that BC Parks is operating without her advice.

Councillor Amica Antonelli said she appreciates the park push, noting that a recent trip to Semaphore Lake was crowded, especially for a spot that she said doesn’t have an official trail or even an outhouse.

Hearing this, amid rumblings that a fee may be coming for Joffre Lakes access, Sturdy said he’s not against a fee, but if it is not consistently applied, there will be the same effects as what Antonelli observed.

Coun. Ted Craddock, meanwhile, inquired about what the province can do to help some infrastructure in the area.

Craddock noted that the Lillooet River Bridge is in “terrible shape” and he can see rebar in some of its holes, while the railroad crossing at Green River Gravel Access Road is in poor shape.

“That one’s actually dangerous right now. People going over there with cars and motorcycles are getting thrown all over the road,” he said, adding that MP Patrick Weiler will also need to be onside.

Craddock’s last concern was the bridge just north of Joffre Lakes, where there’s a bump in the road, as it’s been the site of numerous motorcycle incidents this summer.

Sturdy noted that accident rates on the Sea to Sky are “favourable” when looked at in the big picture, adding that many of this summer’s crashes were from driver inexperience.

“It is a very safe highway in a bigger context,” he said.

Sturdy added that the province is conducting a speed review from Nairn Falls to Mount Currie, noting that there are several speed-limit changes over roughly seven kilometres.

“We have pedestrians, cows, big ditches, narrow shoulders,” he said. “I think a speed review is entirely in order.”

As well, Sturdy checked in on any capital projects, noting he spoke to Forests, Lands and Natural Resource Operations Minister Doug Donaldson regarding monitoring for Mount Meager sediment transportation on the Lillooet River.

“We need a longer-term strategy for that sediment, but even for acute areas … we need investment now,” he said.

Richman made clear that the Village will seek funding for flood mitigation.

“There’s a recognition that we’ve got some big-ticket items,” he said. “We’re below one-in-50-[year-return rate] and we want to get to one-in-200, but we’ll start with one-in-50,” he said. “We’ll be back over and over because these issues aren’t going away.”

The updated bylaw includes changing fees, prioritizing affordable housing, and defining between minor and major development permit applications in order to streamline processes. In this case, council will delegate minor applications to Manager of Development Services Lisa Pedrini, while major applications will still come before council.

After receiving some concerns over a roughly 20-per-cent increase in application fees, councillors expressed a desire to gather more information before third reading.

Antonelli said while it’s important that the costs of building out the community are not on the taxpayer, but hesitated at rushing the bylaw to ensure fairness.

“We are considered quite low in our application fees,” Pedrini responded, noting all municipalities operate slightly differently in regards to upfront fees, cost recoveries and other formulas.

Planner Joanna Rees noted that in preparing the report, staff looked at fees in neighbouring municipalities in Squamish and Whistler, and well as those with similar populations in Bowen Island, Duncan and Clearwater. Staff will come back with the comparable numbers at a future meeting.

“We’re all onboard with wanting to recover all of our costs,” Richman said. “But as we’ve also said, we want to be fair and we want to know how it compares.”