Animal shelter should reduce burden on Whistler facility
Jul 20, 2007 3:00 AM By: Holly Fraughton 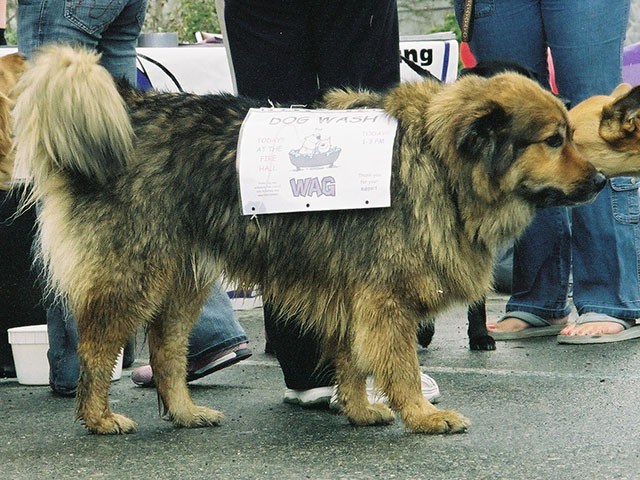 Wag dog A new animal shelter in Pemberton could reduce WAG's burden. The majority of dogs in the Whistler Shelter come from Pemberton and Mt. Currie.

Whistler’s animal shelter will see fewer dogs pass through their doors, thanks to a new group in the Pemberton area.

The Pemberton Animal Wellbeing Society (PAWS), which was founded last summer, received a letter from council tentatively approving their proposal to set up an animal shelter in a vacant trailer by the airport.

During a six-month trial period, they plan to hold dogs in violation of local bylaws. Eventually, they would like to expand the facility to be a longer-term animal shelter.

Leah Mossop, president of PAWS, said Whistler Animals Galore takes in many animals from the Pemberton, Mount Currie and surrounding areas, and hopes their new shelter will ease some of the burden on WAG’s budget and facility.

She also pointed out that the bylaw services officer for Pemberton has to commute to Whistler to process all stray dogs, which can be a lengthy process.

“We have eight pay hours a week from the VOP for bylaw services, and it could take him two hours to pick up a dog and drive it to WAG and get all the paperwork filled out,” Mossop said.

Ben Hansler, bylaw services officer for VOP, said the eight hours he is allotted to enforce animal, noise and traffic bylaws is sometimes insufficient, but having a local facility would help him and members of the community who have to pick up their pets.

“I think it’s a win-win situation for everybody.”

PAWS plans to fund the facility through donations, grants and a percentage of bylaw fines and licensing fees, but is hoping the VOP will kick in for utilities, insurance and property taxes.

PAWS is a registered non-profit organization with about 60 members and five board members .

“We came together as a group of animal lovers and business owners to help out,” said Mossop.

Since then, they have held fundraisers to raise money to open their own shelter and to help WAG.

Joanne Russell, acting executive director of WAG, said she is happy to see the partnership between WAG and PAWS grow.

“We’re excited about what they’re doing and how much interest has been involved in their membership program, and we hope to continue working with them,” said Russell. “They’ve been a great support.”

Russell said funding from Whistler council for WAG has been repeatedly cut, partially because the shelter helps so many animals from outside the Whistler area, and they aren’t always successful when applying to other municipalities for funding.

“The majority of the animals do come from areas outside of Whistler, so that does put a burden on Whistler…,” said Russell.

Mossop plans to meet with WAG soon to work out details of their partnership, and will make an announcement about the shelter at their upcoming fundraiser on Sunday, July 22 at Pioneer Park.