Pemberton Festival death not a result of foul play 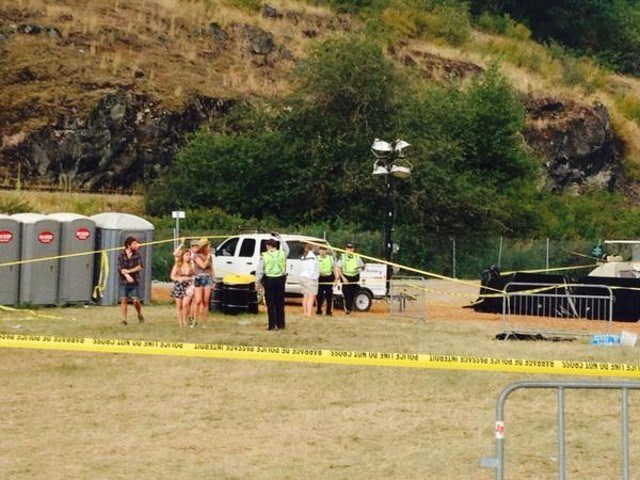 FESTIVAL DEATH: The death of a 21-year-old Regina man at the Pemberton Music Festival was not a result of foul play. PHOTO BY REUT AMIT

Foul play has been ruled out in the death of 21-year-old Regina resident, Nick Phongsavath, who was found deceased at the Pemberton Music Festival July 18.

An autopsy was completed on July 21, and investigators with the Integrated Homicide Investigation Team have liaised with the family to update them on its findings.

"As a result of evidence found at the scene, witness statements and the autopsy completed on Nick Phongsavath, it has been determined that foul play is not a contributing factor in his death," said RCMP S/Sgt. Jennifer Pound.

This investigation is no longer in the hands of IHIT and has been transferred back to the RCMP Sea to Sky Detachment. The Whistler/Pemberton RCMP will handle further enquiries.

Said the Phongsavath family in a statement released to the media: "We would like to thank the IHIT team, the Whistler and Pemberton RCMP, Victim Services, and representatives from the Pemberton Music Festival for allowing us to have closure and supporting us through our journey to Pemberton, our time here, and making it easier for us to deal with this tragedy.

"We would like to thank all of our friends and family for their continued support and would like to ask the media to respect our privacy during this difficult time."

Phongsavath, a computer-engineering student at the University of Regina who was set to graduate next year, was found in his tent about 6 p.m. in the festival campgrounds. Attempts to revive the victim by RCMP and BC Ambulance were unsuccessful and he was pronounced dead at the scene.

Police at the festival sealed off about 20 tents around where the incident was believed to have taken place. A total of 55 campers were displaced by the investigation, though organizers provided food, water, shelter and clothing to those affected at the time, with all belongings being returned after the investigation was completed.

Festival operations were largely unaffected by the incident and the event continued until wrapping up Sunday July 20.