Board of directors, VOP, bank to discuss debt and new business strategy
Jul 20, 2007 3:03 AM By: Holly Fraughton 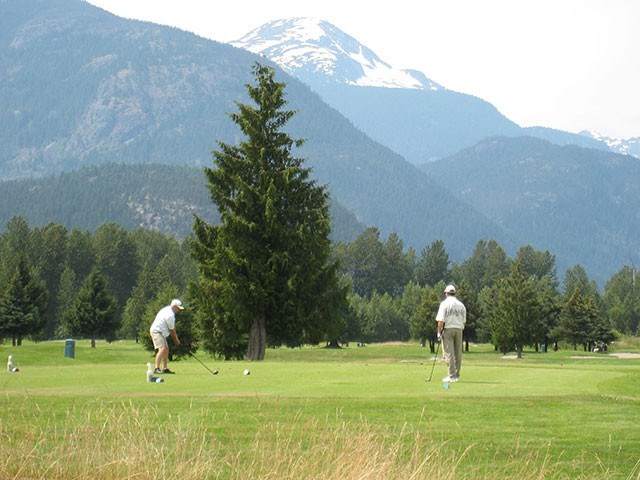 Financial woes have created an uncertain future for the Pemberton Valley Golf and Country Club.

Lonne Clark, a member of the PVG&CC, sent a letter outlining the problems the club is facing to Pemberton Mayor Jordan Sturdy on June 24.

“I think that you are already aware that basically, and in no uncertain terms, the club is broke. The debts have piled up, the bank has turned the file over to the "Collect & Liquidate" department and it looks like it could be quite feasible that the PVG&CC may cease to exist,” wrote Clark.

Gordon Bell, General Manager at the PVG&CC, confirms the club is having financial problems, and said a number of factors, including an overall industry slump and local competition, contributed to the current situation.

“The club is definitely in a transition,” said Bell. “It’s been a long, slippery slope downhill, and it’s culminated this year.”

Clark’s letter states she believes that the “only seemingly viable option” for the club would be to dissolve the current society and have the Squamish-Lillooet Regional District and Village of Pemberton turn the club into a municipal course.

But Clark also acknowledged that VOP lacks the financial resources to bail out the club, and highlights an issue surrounding land ownership that could pose a problem.

Unlike most courses, the PVG&CC does not own their land. Instead, the VOP holds the land through a Crown grant, which has a reverter clause built in, meaning the land would go back to the Crown if it were no longer used as a golf course.

Clark wrote the letter to council because as a devoted member, she said she “can’t fathom” the thought of the club closing.

“I think it would be just horrific,” she said.

Mayor Jordan Sturdy said he has known about the “financial challenges” the club has been facing for a few years now. But he sees the closure of the club as a last resort.

“I think that there’s a general consensus among council that this is a community asset and we would not want to see it revert back to the Crown,” said Sturdy.

Bell agrees that the club is an important part of the community, and said he hopes to work with the VOP to ensure the course stays open and affordable.

“That club has been built on blood, sweat and tears and a lot of people put their heart and soul into that place,” said Bell.

“…It’s just a real shame that it is where it is right now.”

Bell said there are a number of options: they may try to raise money through their membership or a new private investor, try to restructure existing debt with their bank, or dissolve their society.

Before council would consider taking over the club, Sturdy said the issue of debt would have to be under control.

Bell wouldn’t discuss how the club planned to handle its debt situation, but said he is in the process of drawing up a new business strategy for the PVG&CC, which he plans to present to the board of directors, VOP council and their bank by the end of the week.