The riverfront lands will benefit at-risk wildlife, including grizzly bears, and protect the area from development
Sep 16, 2020 10:00 AM By: Megan Lalonde 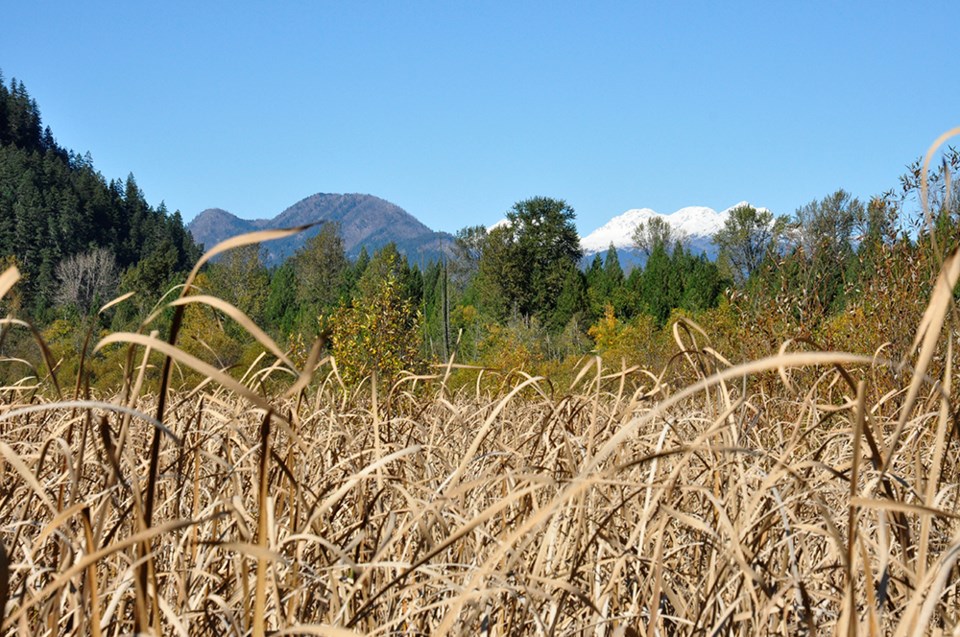 The Ryan River Conservation Area. Photo courtesy of the Nature Conservancy of Canada

Wildlife passing through the Pemberton Valley will have safe passage for years to come, thanks in part to a local family.

The Nature Conservancy of Canada (NCC) and its partners have conserved an 87-hectare, ecologically-important property along the Ryan River, officials announced Wednesday.

The Pemberton Meadows property has been in Bruce Miller’s family for four generations.

“It was kind of like our kind of adventure area,” said Miller in a video posted by the NCC, adding that his family always referred to the land as, “Across the Creek.”

“We didn't name it honestly … If we were looking for my dad or grandpa, that was the answer. If he wasn't home by dark, it was like, ‘I think he’s across the creek,’” he said. “We could go out for hours and hours and hours and look for things we've never seen. Every sighting of any animal was always reported back to dad, but we always knew from when I was a kid that it's like a perfect nature reserve.”

The property, now dubbed the Ryan River Conservation Area, is “extensively” used by wildlife like bears, deer, beaver and migratory birds, the NCC explained in a release. It encapsulates two kilometres of riverfront habitat, in addition to seasonally flooded wetlands, a large marsh and forested uplands featuring old-growth cedar, cottonwoods and hemlock trees.

Said Miller, “The different types of animals that we've seen here, I mean, it goes all the way from grizzly bears to the Venus flytraps that we found in the swamp.”

The local family “was keen to see this property kept natural and intact, and so they chose to work with the Nature Conservancy of Canada to conserve it,” the not-for-profit, private land conservation organization explained.

While the property was not donated outright, “the Miller family did cooperate with us in finding us as a conservation buyer,” confirmed Nancy Newhouse, BC regional vice president for the NCC, during a livestreamed celebration Wednesday morning announcing the new conservation area.

“It took their willingness to operate on a different timescale than you normally would, if you're working in a market environment. And they also clearly had made a commitment to keeping [the property] in its natural state for so many generations.”

As the NCC stated in the release, the property is “one of the largest remaining intact private valley-bottom parcels,” in the Pemberton area. As such, “the conservation of this property safeguards essential and flourishing wildlife habitat from development pressures.”

The Pemberton community has undergone significant changes over Miller’s lifetime, the local farmer explained. “On the other side of the river, it's getting a little more crowded and you're seeing a little more of the environment being taken up … You have to protect the areas like this, this area hasn't changed,” he said.

With the Pemberton Valley becoming an increasingly popular place to live, work and play, this increased development and traffic “can put a lot of pressure on the natural systems and wildlife in the area,” added Newhouse in the release. “Making conservation one of our priorities in these ecologically rich areas benefits both people and nature.”

According to the release, the Canadian Wildlife Service identifies the wetlands as being of “the highest ecological quality.” The river is also crucial to the salmon and other fish species that depend on it for spawning and rearing.

Because the region’s grizzly bear population also remains at-risk, protecting the undeveloped lands these grizzlies are known to use to traverse the valley is “essential for maintaining connectivity between populations.”

Several funders contributed to the conservation project in order to make it a reality, including the Government of Canada through the Natural Heritage Conservation Program, part of Canada’s Nature Fund, the Pemberton Wildlife Association, Habitat Conservation Trust Foundation, the Longhedge Foundation, the U.S. Fish and Wildlife Service and several individual donors.

During the livestream, Patrick Weiler, MP for West Vancouver-Sunshine Coast-Sea to Sky Country acknowledged the federal government’s “pretty ambitious goals” of conserving a quarter of Canada’s land and a quarter of its oceans by 2025.

“And in order to do that, it's not just about a number of areas we want to protect, it’s about making sure that we’re protecting the most sensitive areas,” he said, explaining that organizations like the Nature Conservancy of Canada are “so well placed to do that type of assessment.”

According to the NCC, the Pemberton Wildlife Association, Coast to Cascades Grizzly Bear Initiative and Conservation Northwest also offered “valuable local insight into the natural values in the Pemberton Valley.”

Allen McEwan, president of the Pemberton Wildlife Association, said his organization is “very supportive” of the local conservation project.

“Migrant songbirds are a common sight and are known to nest in the area. Streams on the land here are used by cutthroat trout and coho salmon. Grizzly bears have been spotted here in the spring, likely seeking forage after emerging from their dens. For these reasons and many more, this is an important local conservation project, and our club is excited to be a part of it,” he said in the release.

There are walk-in access trails that the public will soon be able to use to access the site, the NCC added.

“The feeling that it gives you to come out here; it's amazing,” said Miller in the video. “The smell of the fall leaves, the soothing nature of being out in this environment—when our kids were little, you know, five boys under eight, they never had a single fight on this piece of property. All they had was fun.”