Pique was named the best community newspaper in its class in B.C. and the Yukon at the annual Community Newspapers Association awards last weekend. In all Pique won 15 awards across several categories.
Apr 29, 2015 6:00 PM By: Pique Staff 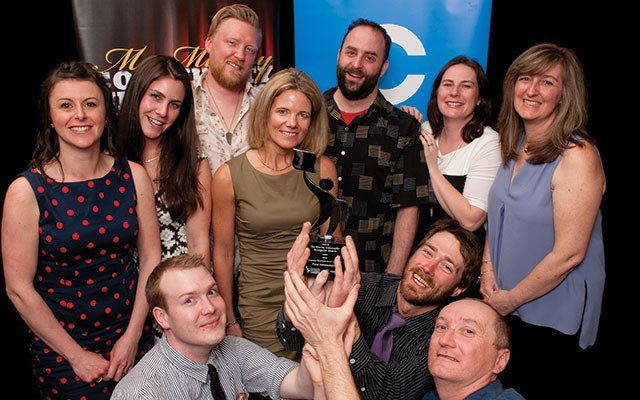 Pique was named the best community newspaper in its class in B.C. and the Yukon at the annual Community Newspapers Association awards last weekend.

In all Pique won 15 awards across several categories.

"Everyone at Pique, in every department from editorial, to sales, to production takes great pride in our community newsmagazine, and winning these awards across so many categories is a recognition of the dedication of the team," said editor Clare Ogilvie.

"We are truly honoured."

Along with winning the General Excellence Award Pique reporters Braden Dupuis, Brandon Barrett and Alison Taylor won Gold for Best Business Writing for their coverage of the temporary foreign workers issue in the resort. Barrett also took home Bronze in environmental reporting for his coverage of the bear-conflict stories in the resort.

Pique won both the Gold and Silver for the Environmental Initiative Award, which comes with a $1,000 donation. Contributor Vince Shuley took Gold for "A quarter of a century of AWAREness" (http://www.piquenewsmagazine.com/whistler/a-quarter-of-a-century-of-awareness/Content?oid=2551384), while Leslie Anthony took silver for "Guardians at the Gate" (www.piquenewsmagazine.com/whistler/guardians-at-the-gate/Content?oid=2569300).

Shuley also took home Gold for best Feature Article Award, under 25,000 for "Avalanche - Debunking the Human Factor" (www.piquenewsmagazine.com/whistler/debunking-the-human-factor/Content?oid=2542993), while Taylor took the Bronze for "From Disasters to Deliveries," (www.piquenewsmagazine.com/whistler/from-disaster-to-deliveries/Content?oid=2548468).

The Gold for the Special Section Award went to Art Director Jon Parris for the, "Best of Pemberton," which was written by Cindy Filipenko. (http://www.piquenewsmagazine.com/whistler/pique-newsmagazines-best-of-pemberton-2014/Content?oid=2560375).

The BCYCNA is a non-profit membership organization representing 119 community newspapers throughout British Columbia and the Yukon, with a combined readership of almost two million.