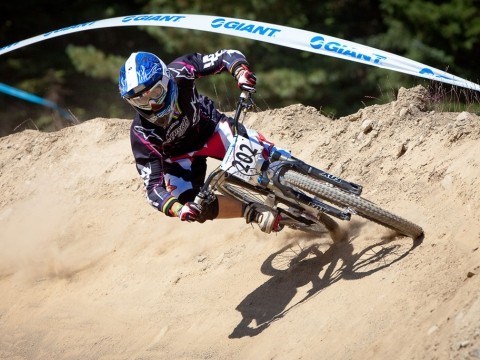 The second Saturday of the Crankworx freeride mountain bike festival is one of the busiest nights for the resort year-round with 94 per cent occupancy. Occupancy has also been about 10 per cent higher during the 10-day festival than the average for the summer months.

As well, the RCMP are reminding people to safeguard their property, and in particular bikes. There has been a rash of thefts recently, and Crankworx - where mountain bikers come from around the world - has been a target of thieves in the past.

Always record your bike's serial number, and the police are distributing Bicycle Identification Cards through the detachment that people can fill out. You should also have a recent photo of your bike, and a list of identifying marks, components, stickers, etc. that could help to identify a stolen or recovered bike.

The thefts have occurred from vehicles, from secure underground garages and bike lockers, from racks in the village and even from second floor balconies that appear to be unreachable from the ground. Thieves have defeated all types of locks.

Most thefts have occurred overnight, but some bikes have been taken in daylight hours as well.

Ask your accommodation provider what their policy is regarding bikes and find out about the security systems that are in place. Don't leave your bike unattended if you can avoid it.

If you can't bring your bike into your residence overnight - and accommodation providers may bend the rules given the rash of thefts - then it's recommended that you use at least one sturdy lock and several locks if possible. The more security the better.

Police have made the recent thefts a priority. Three arrests have been made so far for possession of stolen property, and additional charges may be added, but bikes are continuing to go missing.