Polishing the village "jewel" to make it shine

Millions in private and public money slated for village enhancement
May 2, 2012 9:00 PM By: Alison Taylor 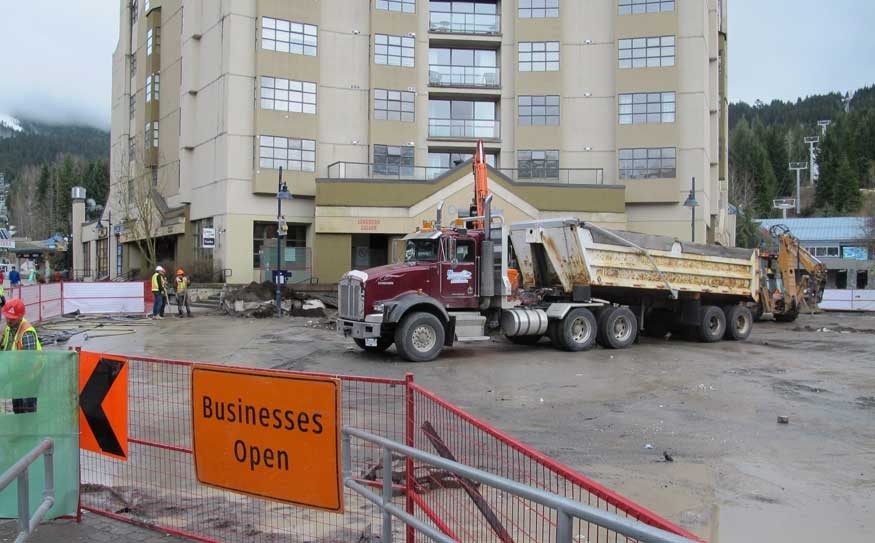 For more than 30 years Araxi's owner Jack Evrensel has been continually sprucing up his prime village location with major and minor renovations.

Critical reinvestment, he said, not just for the acclaimed restaurant itself, but also for the village as a whole, to keep it fresh and vibrant.

"I think repairing and upgrading your property is important for yourself and I think it helps the collective," said Evrensel.

That's why plans are now in the works for a $100,000-plus upgrade to the restaurant's patio, located in one of the best spots in Whistler at Village Square.

And while Araxi may have missed the construction window for this summer season, Evrensel hopes to have a new retractable awning and pergola over the space by next summer.

It's one of several village projects now in the works that will see both private and public money spent in upgrades on making the village, often called "Whistler's jewel," sparkle a little brighter.

A large portion of the village was built close to 30 years ago. It was designed with restaurants, nightlife and shopping all centrally located in a pedestrian stroll with hotel/condo units above.

That design has created a Whistler ambiance.

People want to come to Whistler in part because of the village experience.

"It's the ambiance of the village that holds them when they're not on the mountain," said realtor Craig Mackenzie.

The problem is: some buildings have taken care of themselves over the years, others haven't.

"But they're all aging," said Mackenzie.

In recent weeks council has approved development permits for facelifts to two village buildings that include new windows, roofs, painting and cladding. It has also approved zoning for a brand-new retail space connected to the Hilton hotel. On Tuesday night it approved Araxi's patio plans.

"It's a very positive thing and I think it reflects the attitude that we're seeing around town these days that we've come off a very good winter," said Mayor Nancy Wilhelm-Morden before the council meeting. "These landowners are making significant investments into their properties. They would not be doing that if they didn't have an optimistic outlook for the future."

Along with private investments and upgrades like Araxi's, the Village Gate House building and the Clocktower Hotel, the municipality too is funneling money into village enhancement and rejuvenation.

A $1.5 million project is now underway at Mountain Square. It is designed to repair leaking into the parkade below by replacing a waterproofing layer. But it also includes "modest enhancement to the function and appeal of the Square."

The 2012 municipal budget reveals $1.25 million is earmarked over the next five years for "rejuvenation improvements in landscape, seating, lighting, way finding and other public amenities."

A quarter of a million of that will be spent this year.

This flows out of a recommendation in the Retail Strategy to create "sub areas" in the village with stronger, more defined identities.

"We very much recognize that this is a partnership and we've got to keep our end up as well," said the mayor.

Araxi's new patio canopy is designed to extend the daily use of the patio as well as the season.

According to the staff report to council: "Having more people on the patio on a daily basis during more times of the year results in more activity and animation in Village Square which is a benefit to the resort overall."