Pride House: From Whistler to London 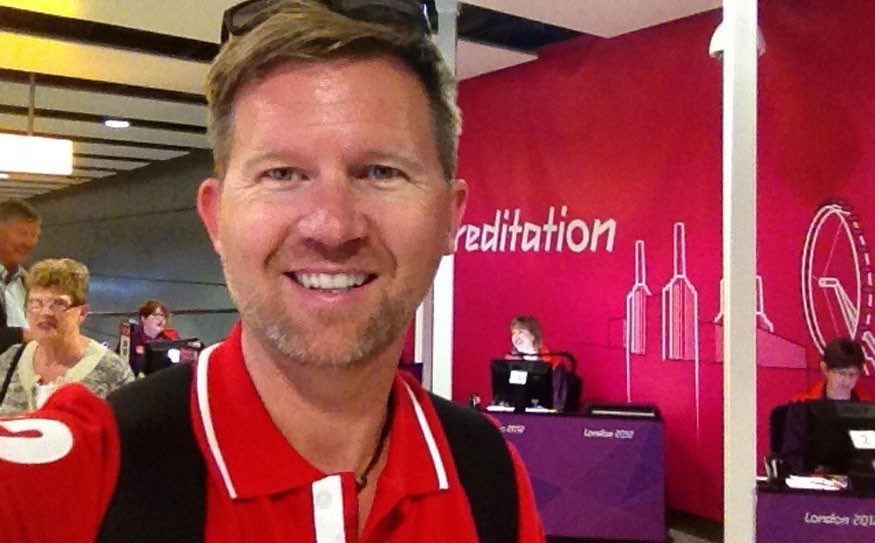 While tolerance and gay pride may seem like old news to many of us, Dean Nelson of Whistler's WinterPRIDE gay and lesbian ski weeks knows that, globally, we still have a long way to go. Although he's a professional party planner by trade, the politics are unavoidable in a world where people who identify as strictly heterosexual are still subjected to violence and state persecution.

But what better way to combine party planning and draw attention to the human rights issue than to host a Pride House at an Olympic Games?

For the 2010 Olympics, Nelson broke new ground by working with the organizing committee and others to create 2010 Pride House, with venues in Vancouver and Whistler that were open to athletes, coaches, officials, family members and fans. The venue inspired a few athletes and former athletes — including New Zealand speed skater Blake Skjellerup to come out publicly.

When 2012 came around and the chance to host a Pride House for the Summer Games in London, Nelson got involved right away. It was harder to put it together — London is a big, expensive city compared to Whistler and Vancouver — but in the end it was a success.

"Pride House 2012 (PH12) has been a bit different than the pavilion experience that we had created in Vancouver and Whistler," he said. "London had many challenges in getting the pavilion up and running due primarily to funding. Fundraising, as you can imagine, has been incredibly difficult considering the very fragile economies of Europe, and the complexity that the Olympics adds only compounded the challenge."

Nelson gave high marks to the London organizing committee for creating ambassadors for the Pride House, including former rugby star Gareth Thomas, NBA player John Amaechi and David Furnish, Elton John's husband. They were instrumental in securing funding and other support for PH12.

"The star power changed what we did in Whistler from being grassroots concept to more of a U.S.-style lobbying/political action group with a deeper reach behind the scenes," said Nelson, who Pique reached by email in London last week.

With the support of organizers and ambassadors on board, PH12 took off. There were parties of course, but the venue also became a focus for the global politics and the battle against homophobia within sport, and in general.

"The achievement of PH12 was the fact that the IOC (International Olympic Committee) and LOCOG (London Organizing Committee) actually had a LGBT strategy and engagement policy in place from day one. They even had a special Pride Olympic Pin available for sale, which quickly became a collector's item, and was one of the rarest pins available.

"(The) bottom line is that PH12 created an environment that fostered open communication and protection based on sexual and gender diversity and inclusion."

PH12 was also responsible for creating a foundation to assist LGBT athletes to train for future Games, and a living document/policy at the IOC on supporting and activating pavilions.

Overshadowing PH12 was a controversy brewing in Russia, where a judge ruled against efforts to create a Pride House in Sochi for 2014. The judge determined that the Pride House would spread propaganda and incite social-religious hatred, going as far as to suggest that celebrating pride could hurt birth rates and weaken the country. The ruling attracted global attention, as it implied that sexual orientation is always a lifestyle choice, while for decades people in the LGBT community have insisted — with some genetic evidence to back them up — that they were born that way.

Nelson acknowledged that it is going to be tough to get a foothold in Sochi, but he's not giving up.

"(Back) in 2010, we always knew that Sochi would be more of a challenge, and that was part of our communication strategy back then as well," he said. "We are not surprised by the official statement and the extraordinary measures the Russian court systems/government has taken to ensure that PH14 does not happen. We are still hopeful that we will find a solution and make it a reality. It just may be in a different form than what we had imagined, but anything is possible in two years. Governments change and people's attitudes can change as well. I think we just need to keep our eye on the ball and know what our end goal is, and be creative in obtaining that objective."

Russia's lack of welcome for Pride House underlines another reality of the Summer Games. While countries competing in the Winter Games are generally wealthier and more democratic, many nations represented at 2012 still criminalize and persecute people with different sexual orientations. Wikitravel lists 81 countries where homosexuality is illegal, and in a few cases — like Saudi Arabia and Iran — it can be punishable by death.

That list of countries includes Jamaica, which provided some of the Games' top highlights in the 2012 track and field events. Homosexuality and sodomy is illegal there and those in the LGBT community are frequent targets for violence and hate crimes — so much so that gay Jamaicans can apply for refugee status in some nations.

Nelson said that fact wasn't lost on PH12 organizers, which is why they emphasized the politics as much as the celebration with events and exhibits tackling homophobia and other issues. In his view, it's not about being at any one Olympic Games, but using the Games as a platform to promote diversity and tolerance. "We are trying to position within the system that the Pride House pavilion is a venue of sexual diversity and inclusiveness that encourages athletes and their support team to have a safe, inclusive environment that will allow them to excel and be their very best — rather than expend additional energy and resources to hide an aspect of themselves.

"It is similar to the ages when people of colour were prohibited in participating and how the IOC and sporting bodies worked with various government and organizations to make that change. There is hope, we will just need to proceed strategically and with due care and caution."

Nelson was thrilled with the amount of positive media attention that PH12 received and by the feedback of athletes and others.

He also had a chance to tour London during the Games, and was able to compare the event to the Games in Vancouver/Whistler.

"2010 and 2012 are completely different," he noted. "Just the size and scope of London versus Vancouver. The advantage of hosting a Winter Olympics versus summer is that the Winter Games are smaller and somewhat more manageable in my opinion. Our Games were more compact, and especially in Whistler where the Games took over the village and you could feel the excitement and energy. Both Vancouver and Whistler had free live site locations that were easily accessible, as well as the official celebration venues that required tickets."

London was more spread out, he said, and it was impossible to access some of the Olympic icons like the Olympic rings, hung from the Tower of London, and the Olympic flame, which was kept indoors at the stadium. However, he said it was easy to bump into athletes and other dignitaries touring London in between events.

"The upside of London, similar to Vancouver, is that most people left town, so taking in the traditional sights and sounds of the city was a breeze, and opportunities to meet and interact with some of the athletes and their families was good outside of the Olympic Village."

For more on PH12, which will be open through the Paralympic Summer Games, visit www.pridehouse2012.org.