Rezoning plans submitted to municipality, proponent to present at Committee of the Whole
Apr 11, 2012 9:01 PM By: Alison Taylor 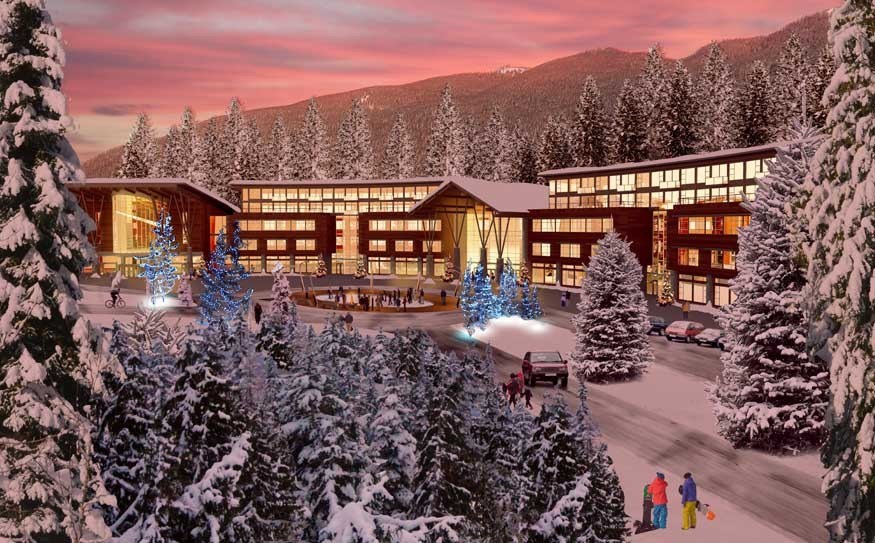 A private high school is now part of the plans moving forward to council next week by the proponents of the Whistler University project.

Pique learned this week that the university proposal now includes a design concept for a 200-student private high school for both boarding students and day students. It's not clear at this point what grades will be offered at the school.

"It was really some of the community members (who wanted a school)," said Doug Player, the local agent for the developer. "And some of the real estate community as well said, 'Is there any way you can put a high school on this property as well?'

"The reason for the high school is strictly local input."

Realtor Maggie Thornhill said it's a "great opportunity." Two of her three children went to boarding school — a decision many parents consider in Whistler. "It was right for them," she said.

Having the choice of attending a private high school locally, she added, could be the tipping point for families looking to relocate to Whistler where Thornhill said the value of homes and the quality of life is outstanding.

"I think it would change our demographic," she said of the school. "I think a lot of people would move from Vancouver who are used to having private schools to choose from. It would allow them to have the choice."

Developer Tim Regan echoed Thornhill's sentiments. He too sent his oldest son to a private boarding school on Vancouver Island — a difficult choice. "If I had the option not to have to do that then I would be thrilled," he said.

He said he's lost sales in the past because of the lack of educational opportunities.

Player submitted his rezoning plans for Whistler University to municipal hall earlier this month. The plans include student residences for roughly 1,400 students on the Alpha Lands, just north of Function Junction on the west side of the highway.

The preliminary rezoning application is now in the hall, delayed until it could come before the new council. There appeared to be little appetite for the project under the previous council.

Player is scheduled to present his concept at Tuesday's (April 17) Committee of the Whole meeting. Council is able to ask questions at that time.

The high school component is just one small part of the overall concept.

"We've actually got a design for it as a component right on the campus," said Player. "I've always defined this as a learning campus, anchored by a university."

There is little doubt that there is strong support for the concept among some community members who see it as a way of diversifying Whistler's narrow economy.

"I think this would be a huge stimulus to the real estate and construction industries," said Regan

Realtor Pat Kelly said a private school would likely be successful in Whistler. He also sent his daughters to boarding school on Vancouver Island. The key, however, is in the quality of the school.

"Would it cause people to buy homes?" asked Kelly. "That would depend on the quality of the school. The same is true of the university.

"It takes years to build up a reputation," he said. "Shawnigan didn't become Shawnigan overnight."

Player said it would be an international school to attract overseas students. That means it would likely offer an International Baccalaureate or Advanced Placement accreditation. "(To) draw an international population to it, you have certain standards," he said.

If approved, Player said the project would span a decade as it is built in different phases. Over time, hundreds of millions of dollars will be pumped into the local economy.

And that, said Kelly, could be very good for Whistler in terms of job creation and investment.

Thornhill sees it as a natural progression of the town. "It's something that will add to our town and will fulfill the needs of most people coming here," she said. "I think now we're at the right time for it."