Protect Our Winters launches in Canada 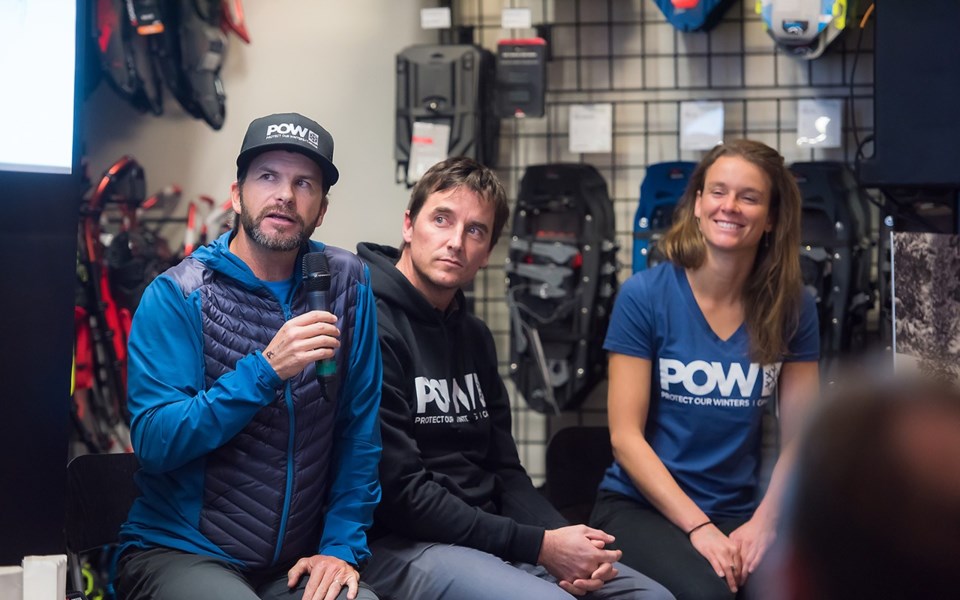 Having skied the Whistler Valley for decades, Mike Douglas has witnessed the creeping effects of climate change firsthand.

"It's something that's kind of been in my face and on my radar since the '90s," Douglas said, recalling his time working with Momentum Ski Camps on the Blackcomb Glacier.

"Just watching the glacier recede summer after summer, and realizing that, 'Wow, this isn't just some far-off problem—this is something that we get to actually see day to day, and year to year.'

"I think back then I always believed that the government is going to kind of take care of it, and I think in the more recent years I've kind of realized that, no, they're not going to take care of it."

Over the past year, Douglas has helped launch Protect Our Winters (POW) Canada, an offshoot of the successful climate activist group launched by pro snowboarder Jeremy Jones in the U.S. in 2007.

While the U.S. counterpart has made inroads in Washington as a climate advocacy group, the Canada chapter isn't quite at that level, Douglas said.

"The lobbying will come later. Right now with our current structure, we're not allowed to get very political. It's more about raising awareness that we need some serious action on climate," he said.

"Our primary goal right now is to get people to raise their voice and sort of demand action on climate."

An impressive list of Canadian snow sport athletes have already signed on, Douglas said, including (but not limited to) Ashleigh McIvor-DeMerit, Kelsey Serwa, Stan Rey, Ian McIntosh and Marie-France Roy.

"Now we are kind of going into the next phase, which largely revolves around schools, and taking our Hot Planet/Cool Athletes program to the schools," Douglas said.

Engaging young people is crucial to tackling what has become a solidly partisan issue, he added.

"Where I get hope is from watching the youth rise up," Douglas said, noting that he often invokes the March For Our Lives movement happening in the U.S. when he speaks with students.

"The kids from the school that got shot up are actually leading the charge and making some real waves, and I think the youth are the ones that are really going to inherit the climate change problem and the results of that."

But there is reason to be encouraged, Douglas said.

"There's a lot of energy. When we go to talk to school kids, there is a lot of energy and a lot of will to make these changes, and the problem with politics is that there's so much money getting thrown around by the lobby groups, and the ones on the bad side of this seem to have the deepest pockets," he said. "But we're hoping to sway public opinion to the point where they can't be ignored anymore."

On the local level, Carolyn Crompton is helping to set up a regional Whistler chapter—one of the first in Canada.

"We are in the process of developing a strategy for how we want to reach the community of Whistler, determining what roles we need to fill, what events we should focus on, (and) how to best communicate and engage our members," Crompton said in a text message.

"Our main focus right now is to get the word out to as many people as possible, and encourage them to sign up to be members."

POW Canada is asking people for a couple of things at this point, Douglas said: That they head to www.protectourwinters.ca and become a member (it's free with a name and email address) and follow along on social media (Protect Our Winters Canada on Instagram and Facebook).

"I think one of the great things about Whistler and this community is that we're a bunch of people that get it, and are used to making big things happen," Douglas said.

"I think there's just so much energy in the community here that it's exciting."