New budget increases spending on health and some social programs, but significant cuts will also be made
Sep 4, 2009 8:06 AM By: Andrew Mitchell 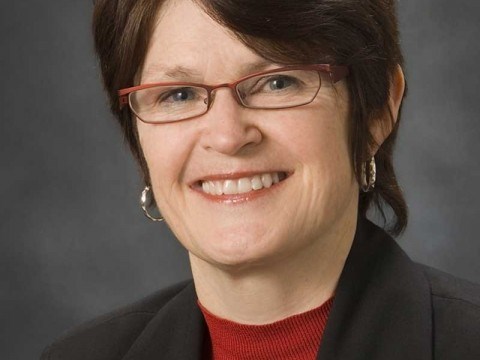 Up against a rock and a hard place, the B.C. government introduced a tough budget on Tuesday that shores up the social safety net, cuts programs and costs, and allows for a record $2.8 billion deficit this year, and continuing deficits through 2013 for a total of $5.6 billion.

Overall, West Vancouver and Sea to Sky MLA Joan McIntyre said the province tried to walk a fine line with the budget, protecting key services while keeping deficits to a minimum.

"I think in a sense I'm proud that we're still trying to stick to a fiscally prudent course, though obviously we've had to go into significant debt - but not to the same extent as other provinces and far below where the federal government is leading," she said. "It's important because we (the Liberal Party of B.C.) have prided ourselves in being financially prudent and we want to be out of the downturn as quick as we can. At the same time we're going into deficit, we're laying the groundwork for economic recovery so we can be stronger coming out the other side."

It's the first time since 2003 that the province has posted a deficit. The Liberal Party had made a law requiring government to balance the budget each year, but that had to be repealed this year.

Things changed as a result of the global economic crisis, which reduced the province's revenues by roughly $2 billion, while the cost of providing services to out-of-work British Columbians and stimulus spending to boost the economy is costing an additional $1 billion.

Before the last election in May 2009, the province suggested that the deficit could be limited to about $500 million and critics in the NDP are suggesting that the Liberal Party deliberately low-balled the size of the deficit to increase their chances in the election. They would also like to see more funding for health and social services.

McIntyre said the decline in revenues caught the province and its economists off-guard, but says the province has been upfront since the election that the deficit would be larger than initial forecasts.

"I don't think (anyone) was surprised yesterday," said McIntyre. "Just look at Alberta... They projected a surplus of $8 billion for this year and now have a $7 billion deficit, so that's a $15 billion swing. It shows the extent to which they rely on resources. But B.C. is also very much a resource economy and forest revenues have slumped significantly, and even oil and gas revenues are down.

"Our costs are also up in ways we didn't expect, like H1N1 (swine flu virus) and forest fires. Our budget for fighting fires was $60 million, and now we're budgeting $400 million and hoping that will do. There was $400 million for social assistance and programs like that... while our revenues have lagged."

As for the criticism that the province could be spending more on stimulus and social programs, McIntyre says it's a matter of philosophy.

"Our approach has been to minimize (deficit spending) and not download costs on children and grandchildren for services they won't receive," she said. "Some say 'spend, do whatever it takes even if takes $20 billion,' ...but the argument is where you draw that line. Our priority is to make sure we have a healthy credit rating, so we're not spending money on interest and burdening future generations. We're trying to tow a very fine line and still be mindful of people in need."

The budget increased funding for health care by $2.4 billion this year. Medical Service Plan premiums will also be raised, $3 per month for individuals and $6 per month for families. Roughly 180,000 low income British Columbians will see their MSP fees reduced or eliminated, with people making less than $22,000 paying nothing and people making under $30,000 paying $100 per year less.

The provincial tax credit will increase to $11,000 from $9,373, and the small business tax ceiling where corporate rates are applied will be adjusted upwards to $500,000 from $400,000. In part those cuts are tied to the proposed Harmonized Sales Tax or HST, which applies both GST and PST to items that were exempt from one or the other in the past. Crunching the numbers, the province estimates that the HST will cost British Columbians an average of $280 per year at the till but just $23 once tax cuts and HST credits are included.

The deepest spending cuts are to the Agriculture and Environment ministries, $76 million and $40 million respectively, although cuts and spending freezes are across the board in almost every portfolio. As well, the province has cut funding for non-essential programs, and scaled back various grant by over $350 million - including B.C. Lottery gaming grants that helped fund programs like the Whistler Museum and Archives.

The Olympics are not a line item in the budget, although McIntyre says there will be some operational costs that are covered in the budget. The province's main responsibility was $600 million for venues, which have been delivered, and their share in security costs for which there is an agreement in place with the federal government.

However, the province is investing $39 million towards the tourism ministry to capitalize on the Games investment, which almost doubles the $50 million annual budget of Tourism B.C. before that group was taken over by the ministry as a cost saving measure.

"That's one item that should be of particular interest to Whistler, $39 million for tourism to take advantage of 2010 and the spotlight that will be on us hosting the Games," said McIntyre.

In terms of wages and jobs, McIntyre said the province has made it clear that there will be no increases in the next few years until the economy starts to improve, but that they've made it a priority to protect jobs. Some jobs may be left unfilled if people leave or retire, but overall she said the province would maintain its workforce of 30,000 for the near future.

A memo was uncovered on Wednesday that suggested the province will cut roughly 300 jobs, while roughly 1,200 other jobs will be left unfilled because of attrition.

As well, government will be cutting up to $3.4 billion in spending on administration, private contractors and discretionary programs, which includes government grants.