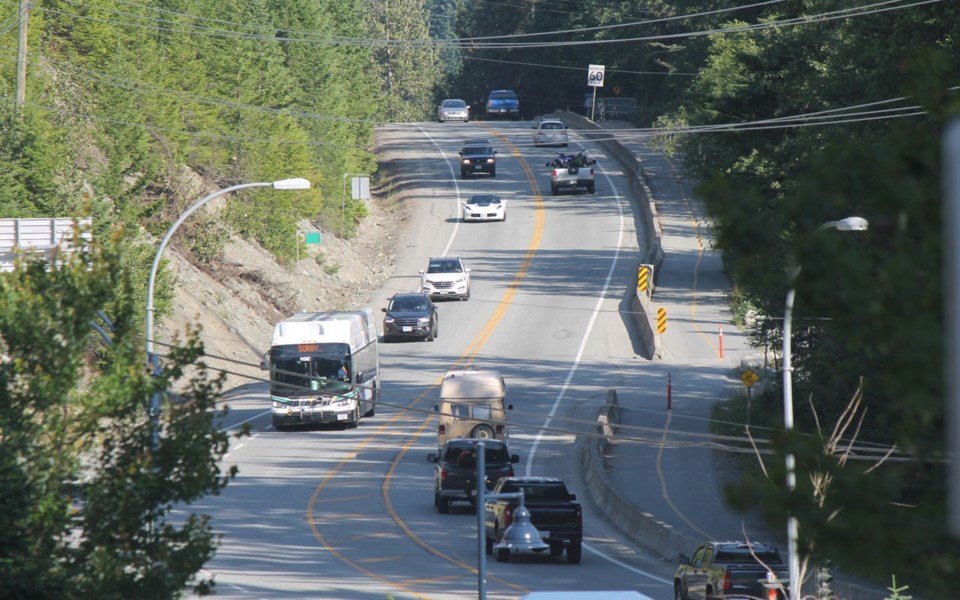 OUT OF SERVICE Proponents of regional transit in the Sea to Sky are at odds with provincial decision makers over how to fund the proposed system. Photo By Braden Dupuis

Proponents of regional transit in the Sea to Sky must go back to the drawing board after the province rejected a proposed funding model for the service.

In November, the Sea to Sky regional transit committee—made up of Whistler, Squamish, Pemberton, the Squamish-Lillooet Regional District and the Squamish and Lil'wat Nations—proposed a funding model based on the current provincial/municipal cost-sharing formula for local transit: ridership fares, property tax and a motor fuel tax of 2.5 cents.

On July 2, the District of Squamish issued a release on behalf of the committee, noting that funding solutions are still "under development," and urging the province to change its mind.

"Similar funding models are in use in the Capital Regional District and the Lower Mainland, however the province no longer considers this model sustainable in the long-term," the release said.

"The committee strongly feels that it is a viable model in the Sea to Sky in the short- to medium-term and still hopes the province could change its mind."

A study released in 2017 estimated the total costs of implementing regional transit in the Sea to Sky to be about $3.31 million.

"We said, 'Well what does that mean? Be creative?'" said Pemberton Mayor Mike Richman. "We have limited ways of raising funds, of creating new taxation in local government, so essentially does being creative mean go tax your residents for the whole service? I don't think that's a viable funding model for our residents."

On the plus side, the province did show a commitment to working with the committee to continue the conversation, Richman said, adding that another meeting is set for mid-July.

"We're going to get together with the minister (of transportation and infrastructure Claire Trevena) and staff and try to chart a course," he said.

The initial proposed service level for the system would see eight buses offering 15,100 hours of service between Metro Vancouver and Mount Currie. It is estimated that the Sea to Sky Highway currently carries 10 million car trips annually.

Benefits of regional transit—both to local governments, First Nations and the province—are clear: fewer vehicles on the highway, reducing emissions and congestion; lessening the need for more upgrades to Highway 99; creating economic opportunity through increased mobility; and furthering Truth and Reconciliation by connecting First Nations communities to work, family and health services.

"The province has an opportunity to action the United Nations Declaration of Indigenous Peoples. Our most northern and southern villages from Chiyak'mus (Cheakamus) in Paradise Valley to St'a7mes (Stawamus) where our Totem Hall, Squamish Nation Administration and recreation building, daycare, preschool, businesses and oldest village site are located, are lacking bus service to utilize those areas either to work, visit or live," said Kalkallh Deanna Lewis, of the Squamish Nation Council, in the release.

"Travel between Squamish and North Vancouver villages are also important linkages that don't currently exist. When we talk about the Highway of Tears and our Missing and Murdered Indigenous Women, how can we work towards prevention?"

Jordan Sturdy, MLA for the Sea to Sky riding with the opposition Liberals, said he was "naturally quite disappointed" with the province's decision.

"Obviously there are limited options for funding regional transit, and the idea of resorting to property tax (the standard model for funding transit in B.C.) is not equitable to the whole corridor, for a whole variety of reasons," Sturdy said.

"Clearly, the idea that the Province of B.C. has abandoned revenue neutrality in terms of the carbon tax—it's collecting $6 billion in three years, and spending $908 million on Clean BC, with $5 billion going into general revenues—that maybe the logical extension would be to cover the cost through carbon tax."

From the Resort Municipality of Whistler's (RMOW) perspective, the resort is committed to continuing to work with the province on the funding question, recognizing how essential the project is to local climate and economic goals, said Mayor Jack Crompton.

"The majority of Whistler's greenhouse gas emissions come from private passenger vehicle trips made within Whistler, which is one of the reasons pursuing a strategy to fund local transit has been a significant focus for the RMOW," Crompton said in a statement.

"As a municipality, we are limited in generating new revenue sources, which is why we are asking the province to help us identify potential opportunities to fund a regional transit system for the Sea to Sky region."