Snowpack in South Coast region almost 30 per cent below normal levels, according to recent report
May 20, 2019 11:50 PM By: Joel Barde 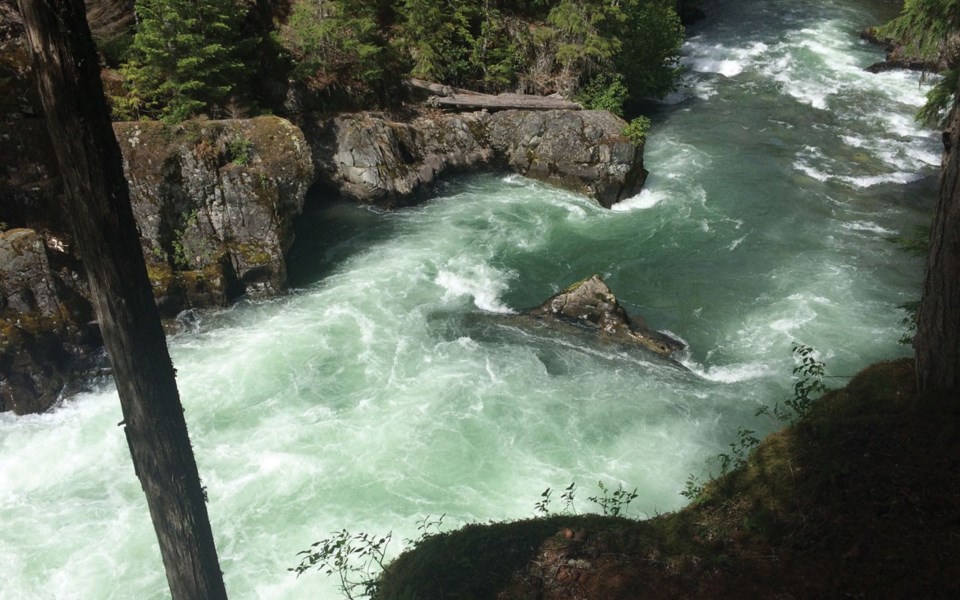 SAFE SPEED The most recent report from the River Forecast Centre found that the snowpack for B.C.'s South Coast region is almost 30 per cent of normal levels, meaning flood risk is low. Photo by Joel Barde

The snowpack in B.C.'s South Coast region is at about 72 per cent of normal levels.

That figure comes from the province's River Forecast Centre, which released its most recent snow survey report at the beginning of the month.

"I think the key message for us is that flood risk is quite low this year, because of the low snowpack," explained David Campbell, who leads the centre, which operates under the auspice of the Ministry of Forests, Lands, Natural Resource Operations and Rural Development. The largest flood risk for the region is normally in fall and winter and related to periods of heavy rainfall, added Campbell.

The South Coast region saw a warm spell in the latter part of March, which caused a lot of low and mid-level snow to melt, said Campbell.

April brought on more seasonal weather, which delayed the melt up high. But that has all changed thanks to recent hot weather, said Campbell.

"(Upper elevation snow) has really started to come down now, particularly in the last week with the warm weather," he said. "We are into melt now, and firmly into the melting for that higher-elevation snowpack."

While a snowpack that's almost 30-per-cent-below average may seem alarming, Campbell said that there is a lot of "year-to-year variability," with snowfall depending on the larger El Niño and La Niña ocean-atmosphere phenomenon.

"It's certainly low, but not as bad as things have been," said Campbell, adding that in 2015, the snowpack was 12 per cent of normal levels.

The low snowpack does, however, put pressure on the province's receding glaciers. With less snow on top of them, the glacier ice that lies below may see more melt, said Campbell.

Glacier basins along the tributaries to the Squamish River may be affected, he explained. "When the snow runs out, it will transfer over to the glacier melt to keep the flows high," he said.

The snow survey draws on data from weather stations located around the province.

The survey found that the province's coastal regions saw the largest variability when it came to snowpack.

Vancouver Island has 58 per cent of its average snowpack, while the Skeena-Nass has 75 per cent. The North Thompson has 91 per cent while the Peace area has 94 per cent.