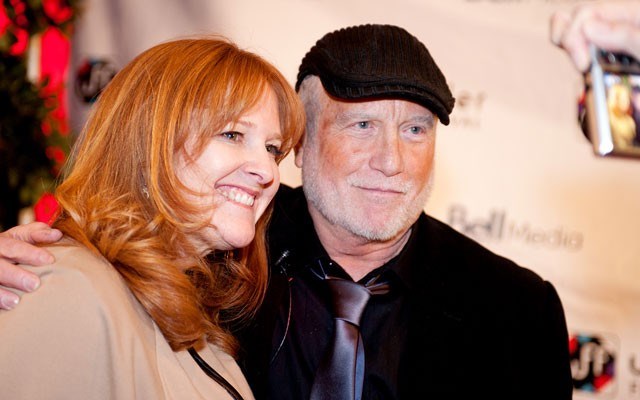 The 13th annual Whistler Film Festival (WFF) has wrapped up five days of 84 movie screenings, industry seminars and film competitions, and executive director of the festival Shauna Hardy Mishaw said WFF was firmly established as a festival filled with quality.

"I truly believe we put our feet on some solid ground this year and that's an exciting way to move forward," she said.

Bricks and mortar were also solidly supported, with the Whistler Blackcomb Foundation giving the Whistler Film Festival Society (WFFS) $160,000 to allow it to purchase and install an advanced digital cinema system in the Rainbow Theatre, the festival's premiere venue.

All three gifts were announced at the awards breakfast on the final morning of the festival, Sunday, Dec. 8.

"You bring the filmmakers, the talent and the dealmakers and the public come. It's a drawing card, a formula for success... and the calibre of the people who attended this year was phenomenal," said Hardy Mishaw.

"The festival is becoming more important, something that certainly the industry is becoming very aware of in this country. I think the general public is more aware, too. We are a strong boutique festival, to put it in perspective."

The latest funding announcement follows last July's by the Resort Municipality of Whistler (RMOW), that $500,000 would be used to modernize the Rainbow Theatre. Another $40,000 is coming from Tourism Whistler.

The work is due to start in mid-December and will include work on acoustic panels, ceiling tiles, lighting, staging, carpeting and upgrades to seats and audio-visual equipment. The upgrades are expected to be completed by March 2014.

"This is a long-awaited refurbishment of the Rainbow Theatre and will take the film festival to the next level," said Whistler's mayor, Nancy Wilhelm-Morden.

"Our numbers are really on par with last year, which is good, because last year we had Kokanee The Movie Out Here event that had a ton of people coming for it. We didn't have that kind of event this year," she said.

"To put it in perspective, Cannes and Sundance have almost 50,000 people in 10 days. For us to have almost 10,000 in five days and them being a lot older than us, it's quite relevant... We're really about the quality versus the quantity. We increased the quality of not only the attendees, but also the calibre of films."

Delegate numbers were up, with 628 attending delegates a 13 per cent increase over the 556 who attended in 2012.

"We definitely had a nice increase in our industry attendance, which is great. It's a really important piece of it," said Hardy Mishaw.

She noted a better use of the facilities at the Whistler Conference Centre in anticipation of the numbers.

"We reduced our capacity because we didn't use the ballroom in the conference centre," she said.

The "In Conversation" events with Richard Dreyfuss, Melissa Leo, Ali Liebert, Emily Hampshire and Jason Priestley, along with industry seminars, were held in the large, open foyer of the conference centre.

A team of 114 volunteers put in more than 1,600 hours of time to support the festival.

"I'm really grateful that everyone came out and to the volunteers and all of our supporters. It's been a long and winding road, this journey of trying to make this festival established in this country," Hardy Mishaw said.

The WFFS signed an agreement with Tourism Whistler on Nov. 18, which allows it to use the Rainbow Theatre for the next 10 years, with an option for another 10, as well as allowing the WFFS to retain ownership of the theatre's digital cinema system.

As well as providing an ongoing home for the festival, the upgraded theatre is expected to increase conference business.

To that end, The Movie Theatre Association of Canada confirmed that it is holding its annual convention, ShowCanada, in Whistler from June 3 to 5, 2014. The conference will bring together all sectors of the film industry in the newly upgraded theatre.

"Our relationship with the film festival is on a number of levels, certainly with the festival itself we give strong media relations support... and that is ongoing support. Where the relationship has grown is in the long-term agreement we have struck with the Rainbow Theatre.

"We're very pleased that it's a strong anchor festival that opens our winter ski season and attracts a combination of customers as well as trade and industry. During the festival, talking to film producers and Telefilm, I got a really positive vibe that they are strong supporters of the Whistler Film Festival and that it is certainly a quality production."

For the full list of the Whistler Film Festival's award winners, go to page 72.