Questions arise over use of 'illegal spaces' bylaw 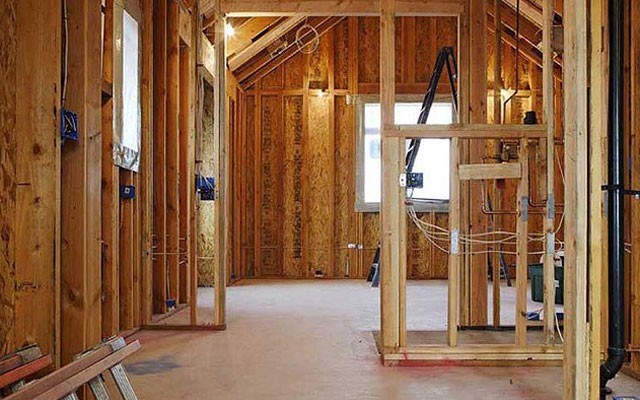 Some Whistler councillors have questions about the intent of the municipality's "illegal spaces" bylaw, and how new developments are making use of it.

At its May 3 meeting, council denied a flood-proofing exemption for a property in Cypress Place in a split vote.

Councillors Sue Maxwell and Jen Ford voted against the proposal, while Jack Crompton and Andree Janyk voted in favour.

Mayor Nancy Wilhelm-Morden and councillors Steve Anderson and John Grills were all absent.

The application proposed to construct a new two-storey dwelling with a basement below the designated Flood Construction Level in Cypress Place, which is located in a floodplain.

While staff recommended approval of the exemption, citing a geotechnical report confirming the property is safe for the intended use, Maxwell and Ford expressed concerns about setting a precedent in the neighbourhood.

While basements have been excluded from Gross Floor Area (GFA) since an amendment passed in 2012, Maxwell said she felt the application was out of line with the intent of that amendment — to help make illegal spaces legitimate.

"It seems like we're greatly increasing the square footage of this building, and I was under the impression that the GFA regulations that changed were just to help with buildings that already had illegal space," she said.

"(It seems), if we granted this, that we would be purposely building a much larger building that would have much larger square footage."

Manager of resort experience Jan Jansen confirmed that was the original intent, but noted there are already similar examples in the community.

"This is what's going on out there, and we're certainly going to be reporting back to council on the excluded space and how it's being utilized in different ways," he said, adding that a report on the topic would be coming to council at an upcoming meeting.

Crompton said the broader discussion about the intent of the GFA bylaw would be better suited for another day.

"I think we should pass this, and I think if we want to amend the GFA exclusion bylaw in the future we can do that, but we should do it in a thoughtful manner (and) we should consider the feedback that we get from staff at a future meeting," he said. "I think doing this in a one-off manner isn't helpful to the process as a whole."

Maxwell said she heard Crompton's concerns, but had some of her own.

"I think that we should not set a new precedent with this, and we should be hearing back from staff in terms of what have the changes to the GFA done and meant before we start opening up a lot of new space in areas that I'm not sure it was fully intended to cover," she said.

The RMOW is about to add to its parks inventory.

The municipality has entered into a purchase agreement to buy land directly south of the special events area in Rainbow Park.

At its May 3 meeting, council amended the recently adopted Five-Year Financial Plan, moving $756,000 from the Parkland and General Capital reserves to complete the purchase.

"I just want to say this is exciting," Crompton said.

"We're, I think, moving in a positive direction with park space and I'm excited to see what comes in the future."

Council also adopted a number of bylaws at the meeting.

Tax and fee bylaws associated with the 2016 budget are now officially on the books, as are a zoning amendment bylaw that allows limited electrical utilities in shipping containers and the rezoning for the new Whistler Community Services Society building at 7600 Nesters Road.