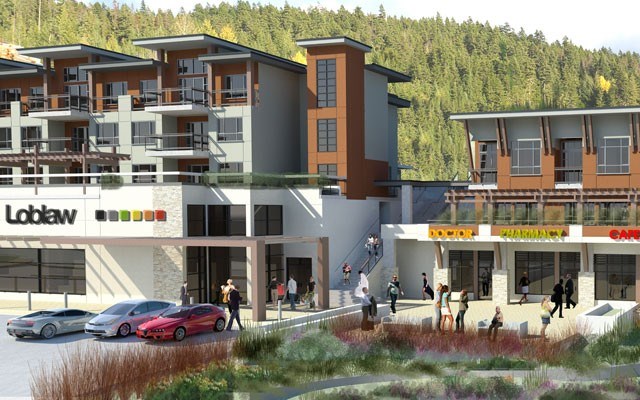 If all goes well, construction of Rainbow Plaza could begin as soon as next month. The developer is currently taking bids from interested building contractors.

Doug Porozni of Ronmor Developers Inc. confirmed that tenders are out and his company is waiting to see what comes back.

"We want to get going," said Porozni from his office in Calgary. "We hope to make a decision by the end of the month. If the tenders come in where we hope they are, we'll be very close to making a call and awarding contracts and getting started in May."

The developer plans to build 23,400 square feet of retail space on Lot 9 in the Rainbow neighbourhood.

The retail space will include a 2,400-sq. ft gas bar and a 15,000 square foot Loblaws grocery store. Porozni said he and his partners are working to find tenants for the remaining 6,000 square feet of retail space.

Michel Avigliano with Loblaws' real estate office in Calgary said the Loblaws brand hasn't yet been selected for Whistler.

"I can confirm it will be a full-service grocery operation with organics and locally sourced food," said Avigliano.

He added the Whistler operation would be similar to the chain's City Market store on Lonsdale Avenue in North Vancouver.

Porozni reconfirmed the gas bar will be a Chevron station. The original pitch indicated the gas bar would be owned and operated by a Whistler resident, but Porozni said the gas station owner is based in St. Albert, Alta.

Pique attempted to reach the owner, but messages left with the company weren't returned by press deadline.