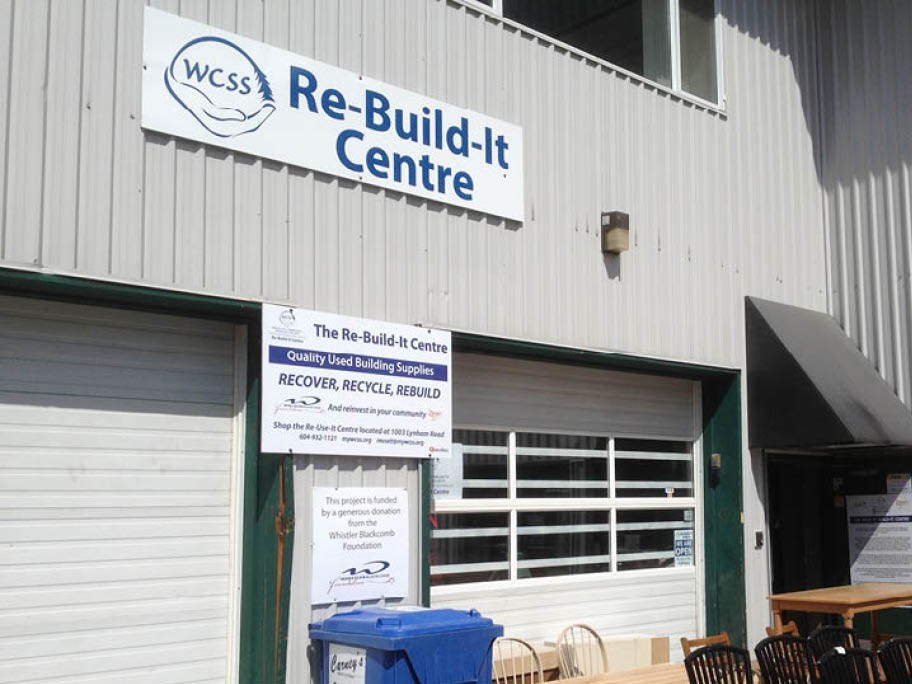 FREE IS COSTING The Re-Build-It Centre in Function Junction isn't getting all the great donations it has been promised by homeowners with houses under renovation.

The Re-Build-It Centre operators in Whistler have an issue with high grading and they want everyone to be aware of it.

Centre manager Brian Van Straaten wrote in a letter to the editor of Pique Newsmagazine this week that sometimes when Re-Build-It employees go to pick up donated items from a home under renovation the best items tagged for donation by the homeowner have disappeared.

“The contractor who has been hired by the homeowner to renovate, has the impression that since the homeowner has marked things to be taken away they are ‘free’ so they take what they want leaving the dregs for us,” wrote Van Straaten in his letter.

The centre offers a program where Re-Build-It employees will visit a home under renovation with the owner and help the owner tag the items to be donated. The items for donation can’t always be deconstructed and moved at the time of the initial visit so a second visit takes place later.

Van Straaten has a simple request: “Contractors, please think twice about taking away the valuable opportunity for us to turn a donation into revenue for our social service programming.”

He said in his letter that the centre in Function Junction has been overwhelmed with generous donations of gently used building supplies, furniture and appliances.

Homeowners who are planning to renovate are encouraged to donate unwanted contents from their home to the Re-Build-It Centre. Employees of the centre will go into the home and dismantle cabinets, counters and bathrooms then remove the materials in what Van Straaten described as a ‘velvet glove’ deconstruction service. Along with the salvaged materials, the Re-Build-It staff will remove furniture tagged by the homeowner for donation.

“These donations are not the same as free, as we sell the items and turn the money back into funding for the food bank, outreach workers, drug and alcohol education program, counselling assistance and community kitchens to name a few of our core WCSS programs,” wrote Van Straaten.

The centre is open seven days a week and it operates in a warehouse at the end of Alpha Lake Road. The opening of the centre was made possible by a $40,000 donation from the Whistler Blackcomb Foundation and a $10,000 donation by Ziptrek Ecotours.