If built before Games, centre poised to reap decommissioning windfall
May 29, 2009 6:52 AM By: Alison Taylor 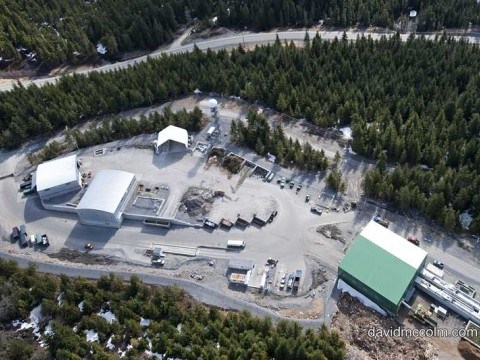 If built before the 2010 Olympics, Whistler's new Re-Build-It Centre would be poised for a post-Games windfall to kick start its operations.

The Vancouver Organizing Committee for the 2010 Games (VANOC) and the Whistler 2020 Development Corporation (WDC), both of which are involved in the development of the Whistler's athletes' village, have committed to donate some of their leftover furniture and equipment to the centre after the Games.

"It is perhaps an opportunity that would never come again in our lifetime."

In a presentation Tuesday McDonnell updated council on the Re-Build-It Centre's progress and stressed the need to get moving on the project.

The engineered steel building is slated to go at the Waste Transfer Station in the Callaghan Valley. The program is like Whistler's successful Re-Use-It Centre, but with a focus on building materials. Like the Re-Use-It Centre, funds raised from the Re-Build-It Centre will flow back to social programs in the valley. At the same time, the centre will keep materials out of the landfill.

There's enough money in the WCSS bank account - $90,000 - and along with a $40,000 contribution from the Whistler Blackcomb Foundation and several thousand dollars of in in-kind donations, McDonnell is confident that the WCSS can complete phase 1 of the project.

"We're poised to initiate," he said.

At the same time, he is hopeful a $400,000 funding request will come through from the federal government's Building Canada Fund.

If it doesn't, the plan is that funds generated by phase 1 will pay for the second phase of the building over time.

The WCSS also plans to initiate a capital campaign to raise money.

McDonnell stressed the importance of getting the centre up and running before the Olympics to capitalize on the post-Games boon.

Jill Porter, VANOC's manager of inner-city community benefits, wrote a letter of support outlining VANOC's plans to donate some of its assets such as beds, sports equipment from venues, and furniture, fixtures and equipment from the athletes' village.

"The combination of the Centre and the non-profit (WCSS) provides an ideal distribution mechanism, will serve as a resource to VANOC and facilitate an inclusive, equitable and efficient post-Games donation of assets to Whistler and surrounding communities."

This support was echoed in a letter from Joe Redmond, president of the WDC.

"While it is our intention to sell salvaged material from their retrofit (from athletes' use to resident housing use) to reduce the capital costs of the project, a Re-Build It Centre would ensure that the salvaged material, not sold, could be put to good use."

British Columbians see BC Parks having role in economic recovery: survey
Sep 26, 2020 11:00 AM
Comments
We welcome your feedback and encourage you to share your thoughts. We ask that you be respectful of others and their points of view, refrain from personal attacks and stay on topic. To learn about our commenting policies and how we moderate, please read our Community Guidelines.