New report ordered to address concrete flaking on pad
May 9, 2012 4:30 AM By: Alison Taylor 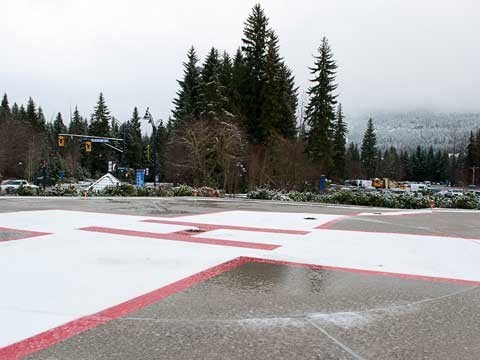 "The concern here is that sand-like particles of concrete may come loose when a helicopter is landing, hitting anybody standing or walking near the helipad of health care centre," said Trudi Beutel, public affairs officer with Vancouver Coastal Health, when asked for an update this week.

The issue is known as "spalling" and it must be fixed before the pad gets its final inspection with Transport Canada.

"We are working with the construction firm now to address the issue and a consulting engineer has been hired to report how we must address this new wrinkle," she explained.

She added: "At this point, we're delayed in our timing from taking the helipad back to final inspection. Until we receive the report (on the spalling) we won't know the required action and timing of the remediation work required."

The helipad was closed for operations in April 2011.