Sales in Whistler and Pemberton are up in numbers and dollar value
Aug 3, 2007 9:54 AM By: Claire Piech 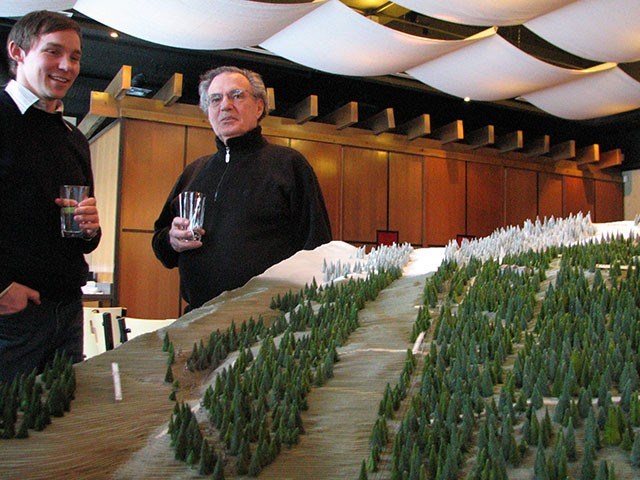 Demand is high for real estate in Whistler, including Kadenwood, a new development above Creekside.

After a few sluggish years, the Whistler and Pemberton real estate markets are bouncing back with force.

In fact, according to stats released from the Whistler Listing System, the first half of 2007 has already seen a dramatic increase in sales for both communities.

In Whistler, unit sales have increased on average 128 per cent over the same period last year, and dollar volume has increased 250 per cent. Most notably are vacant land unit sales, which are up 240 per cent in volume and 532 per cent in dollar value to more than $31 million.

Broken down, the numbers show 79 chalets sold for a total of more than $136 million in the first six months of 2007, compared to 45 sales worth $67 million last year.

So why are real estate sales up so much this year?

Mike Wintemute, general manager for RE/MAX Sea to Sky Real Estate, said the recent growth is a result of investors catching on to an undervalued market.

Since the market peaked in 2002, sales have been low and properties have appreciated little in value. Moreover, because construction costs have increased 50 per cent over the past five years, properties are selling for less than their replacement value.

“Both Whistler and Pemberton right now are considered good buys. If you talk to people in the Lower Mainland, that is t he word on the street,” Wintemute said, adding that the Olympics has not played a part in the recent boom.

Moreover, property prices are expected to rise in both communities, as sales start outpacing listings.

“We’ve already seen increases in the upper end of the market, and it has been kind of filtering down. Usually you see it the other way in the market,” said Wintemute.

He said that while investors come from all over the globe, most are still from the Lower Mainland.

“However we certainly do get the Brits buying, especially in the more expensive homes, because they perceive Whistler as very good value,” said Wintemute.

He added that fewer US buyers are showing interest in Whistler this year.