Labour, transportation and childcare top of mind at B.C. Chamber meet-up
Aug 3, 2018 2:00 AM By: Brandon Barrett 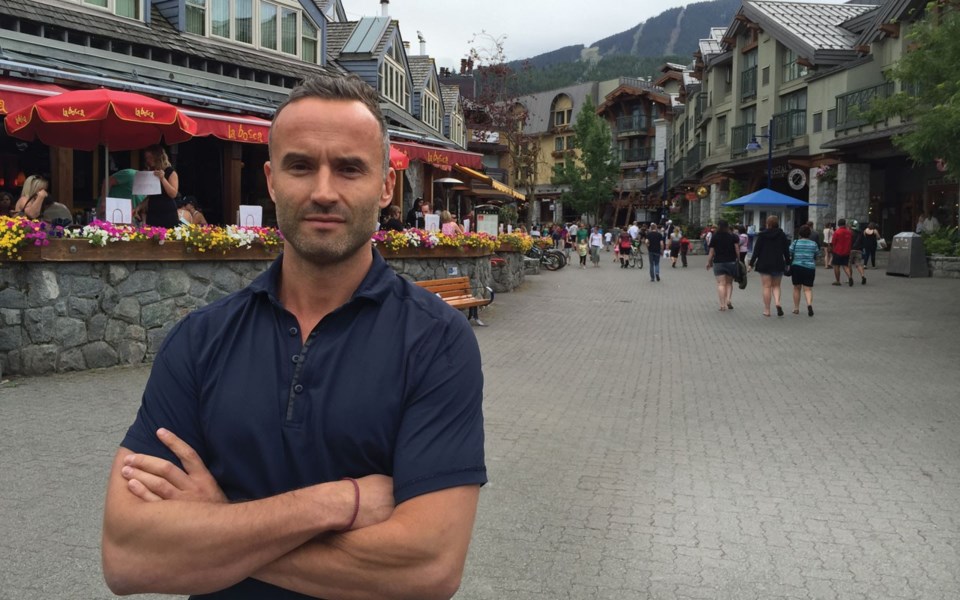 The B.C. Chamber of Commerce met in Whistler with chamber leaders from across the Sea to Sky and beyond this month to discuss the main issues facing the region's business communities, and the major sticking points should sound familiar to any Whistlerite who's been following the news of late.

B.C. Chamber president Val Litwin, who took the provincial role in 2016 after serving as head of the Whistler Chamber for three years, said staffing "is obviously still a top pain point" for a region that has already exhausted several avenues towards solving its labour shortage.

"Between the local chamber and the HR solutions they've rolled out, the (Whistler Experience training) courses they've put out there ... Whistler has pretty much done everything," he said. "I think it's up to government now to come up with a solution."

Litwin said his chamber has consistently reiterated the importance of the federal Temporary Foreign Worker Program to Ottawa—particularly for resort communities such as Whistler that rely so heavily on international employees—and the need for a more timely, streamlined system.

"Really, it has to be about quick access because the process of hiring, recruiting and doing your best to hire a Canadian and then proving that to the federal government is already a lengthy, costly process," he said.

Pace also revealed there have been discussions between the area's chambers around the concept of "a mobile business license" that would apply to the entire Sea to Sky.

"The benefit would be having one license for an entire area, versus businesses having to secure separate licenses for each respective community," Pace explained.

The need for reliable regional transit also came up at this month's meeting, just days after Greyhound announced it would be cutting its service to Western Canada this fall.

"Here in Squamish, we obviously have a lot of people who commute to Vancouver, so it's not just north we're interested in, but up and down the whole corridor," said Louise Walker, president of the Squamish Chamber of Commerce. Pace sees a recent agreement between the Resort Municipality of Whistler, the Village of Pemberton, the Lil'wat Nation and BC Transit that commits, in part, to improving transit into Mount Currie as a way to mitigate the impacts of the Sea to Sky's transportation and labour woes.

"That would help us attract and retain employees from Mount Currie, who have accommodation, they have homes, they've been educated—we just need to get them down here (to Whistler)," she said. Intertwined with the labour shortage is a lack of affordable daycare—an issue that has affected communities across the province.

"I think getting funding to build childcare in our community, and finding the proper professional staffing and putting them in housing, will really help our labour to get to the right level," Pace noted.

Litwin believes the challenges currently facing local businesses will only be exacerbated with the expected rollout this fall of several new taxes that the B.C. Chamber has lobbied extensively against.

"So much has changed in this first year of (NDP) government that business heads are spinning. I think they're still trying to collect the pieces and understand how the game has changed and what it's going to mean for them. Between the increase of minimum wage, the application of a new employer's health tax, a (real estate) spec tax, an increase in the carbon tax and the loss of neutrality with the carbon tax, and gas prices going up, there is just an absolute onslaught," he said.

"The theme for us heading into the fall as a provincial network is, how do we keep B.C. competitive? We're frankly really challenged right now; there's a lot working against business."

Litwin encouraged local businesses to sign up for the MindReader platform, which allows the B.C. Chamber to gather real-time insights from the province's business community on issues as they emerge. Learn more at bcmindreader.com.

Pemberton Chamber of Commerce president Graham Turner did not respond to a request for comment by deadline.