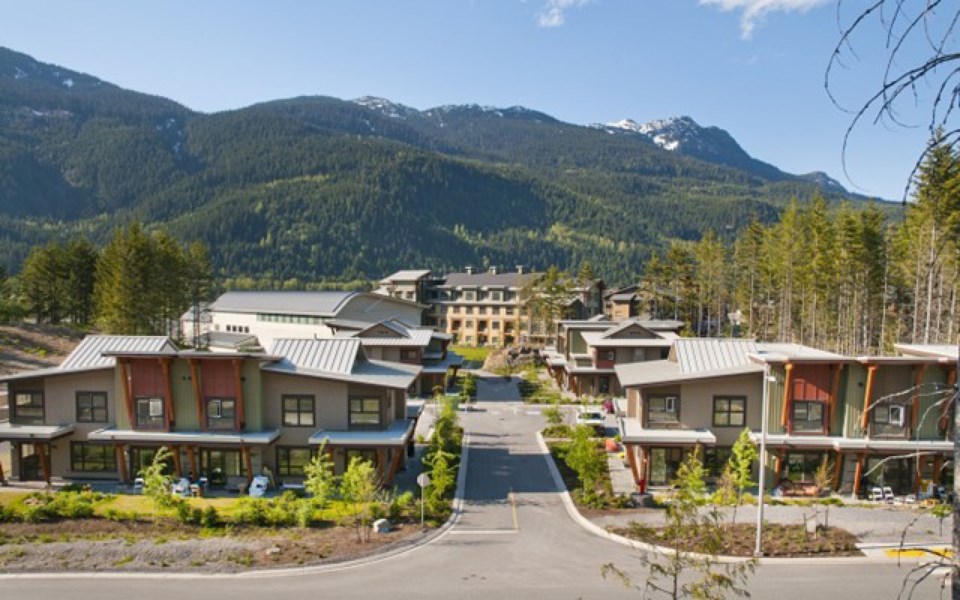 PAYOUT The Resort Municipality of Whistler is looking to assist District Energy System owners in Cheakamus Crossing with funds for maintenance and repairs. File photo

The Resort Municipality of Whistler (RMOW) is looking to do right by District Energy System (DES) owners in Cheakamus Crossing.

In a closed meeting on Sept. 18, council passed a resolution to transfer $870,000 to the Whistler 2020 Development Corp. (WDC) to fund repairs and maintenance for the 174 homes constructed by WDC.

"This has been a very, very long process, and we've spent a huge amount of time trying to find a solution," said Mayor Nancy Wilhelm-Morden at the Sept. 18 council meeting.

Council also passed three other resolutions in the closed meeting related to DES: That council requires the funds to be distributed to the five strata corporations in proportion to the number of units in each strata ($135,000 for the Heights, $300,000 for The Rise, $100,000 for Riverbend, $135,000 for The Terrace and $200,000 for Whitewater); that council require the strata corporations of the five WDC constructed strata properties to develop guidelines (with property management companies and RMOW staff) that will determine how the funds are accessed—to access the funds, each strata corporation will need to bring forward fund-administration guidelines as well as a release from each homeowner in their strata that indemnifies the WDC and RMOW from future liability with respect to DES, and; that council require the guidelines for funding to include, among other things, how the funds will be prioritized, a maximum amount per property, annual reporting on expenditures and assurances that work will be carried out by qualified professionals.

Wilhelm-Morden also thanked Tony Routley and his group of volunteers in Cheakamus for being a liaison between the RMOW and the neighbourhood.

"I spoke with Tony this afternoon and advised him of this resolution, and Tony can speak for himself, but the indicators were good, positive," she said.

"This has been an exhausting process and I'm very pleased that we have got to this point before this term of office has concluded."

Check back with Pique next week for more.

A Sept. 18 public hearing for a proposed bowling alley and games centre in Whistler Village was cancelled due to some "11th-hour" issues with the Liquor and Cannabis Regulation Branch, and the process is now on hold for the time being.

"There was some late discussions that happened with the liquor control branch and I think there are some changes that are required in the application, so we're going to have to go back and resubmit," said Rick Amantea, VP of development and community relations with Larco Investments, which owns the space for which the bowling alley is proposed.

The needed changes amount to "housekeeping and clarification" issues, Amantea said, with parties seeking clarity on what constitutes an "unaccompanied minor."

"We need to get to that point. I mean, obviously the intention here is not for the facility to be a child-minding service, and so some clarity needs to be brought home as far as that is concerned," Amantea said.

Part of the issue is understanding what happens after 10 p.m., when under the current liquor licence laws, minors would have to leave the bowling area, Amantea said.

Representatives with proponents Concorde Entertainment Group did not respond to requests for comment.

The application from Calgary-based Concorde proposes a massive overhaul of the long-vacant property located at 4295 Blackcomb Way (formerly the AlpenRock House, which closed in 2002), bringing its National Beerhall brand to B.C. for the first time.

The proposal includes a restaurant, patio and lounge on the main level, and eight bowling lanes, billiards, ping pong, foosball, skee-ball and basketball nets on the lower level.

The 616-seat project complies with the property's current zoning but requires modifications to two covenants, which will take it through the public-hearing process.

"To the best of my knowledge, the National group is committed to bringing this home, but it's got to make business sense and community sense to everybody, and right now I think some clarity is required," Amantea said, adding that the proponents will have to sit down with the municipality to determine a new timeline for the proposal.