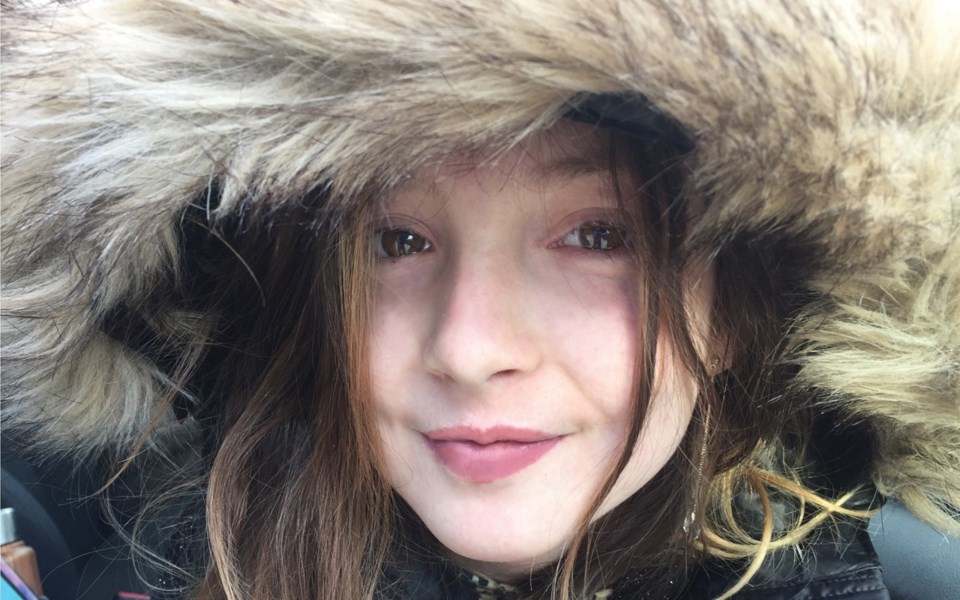 lasting legacy The Mischa Arnott Legacy Project is a partnership with the Spearhead Huts Society and will see a hut named after the 11-year-old, who passed away last year, as well as a fund for youth education camps. photo submitted

when 11-year-old Mischa Arnott passed away one year ago, the community was at a loss with how to honour and remember her, how to channel the collective grief into something meaningful.

How do you pay tribute to the little girl who loved animals and being in the mountains; a talented artist, a rock climber and a skier; a girl who gathered friends close, who loved music; a gentle and wise soul who died too soon?

It was a task the Arnott family simply could not face at the time. But now, one year later, though grief is still a daily companion, mom Renata Lewis and dad Doug Arnott have found a way to remember their daughter: The Mischa Arnott Legacy Project.

"This is a culmination of Mischa's own passions," explained Lewis. "It seemed very fitting."

The legacy project is a two-fold endeavour in partnership with the Spearhead Huts Society: The first part is the Mischa Arnott Alpine Youth Room in the Kees and Claire Spearhead Hut, the first of three huts to be built in the backcountry next to Whistler Blackcomb in the Spearhead Traverse. There are eight bunk beds in the youth room. Each bunk can be sponsored for $2,500.

The second part of the project is to raise funds for youth education programs in the mountains, from art and photography camps to naturalists and astronomy camps. The funds will also be used for special respite for children and their families facing illnesses like Mischa's. Lewis knows all too well how much a gift like that can mean to a family and sick child "to give them the freedom to go off to the mountains and be away from the struggles of living a life of illness."

Lewis remembers those struggles—and she watched Mischa face a lifetime of them in her 11 short years. In the summer of 2017, Mischa, no longer able to walk, stared up at the mountains from the couch and told Lewis she couldn't wait to get back up there one day.

For Andre Charland, in charge of fundraising for the Spearhead Huts Projects, memorial fundraising like Mischa's are what's turning the lofty alpine project into a reality.

"That's what's made the hut possible," he said, referring to the various fundraising campaigns and donations honouring mountain lovers who have passed.

The first hut will be known as the Kees and Claire Hut, after a more than $900,000 donation from the Kees Brenninkmeyer Foundation in memory of Cornelius (Kees) Brenninkmeyer and Claire Dixon, who perished in a backcountry skiing accident in 2007 when their snow shelter collapsed.

Inside the hut, Barbara's Kitchen will be so named in honour of Barbara McGeough. There are also ongoing fundraising efforts in memory of Brett Carlson and Eduardo Campos.

With construction set to resume this week, and the push on for an August opening, the budget for the first hut is now at $2.5 million. One third of that, said Charland, is helicopter costs.

"Mischa is a big part of that," said Charland.

The Kees and Claire Hut, which sits near Russet Lake, will be the most accessible of the three Spearhead Huts once all are complete. In that respect, it meshes perfectly with the Mischa legacy goal to provide youth programs in the mountains.

Said Lewis: "Doug and I always try to find the positive in any situation and I think this is something that we can turn to to drive that positive outcome as a grieving family.

"It was where she wanted to be—to be back up in the mountains one day."

As the fundraising project kicks off this week, with a goal of raising $40,000, more than $20,000 has already been donated in Mischa's name. All donations are welcome; no amount is too small. The money will flow through the Community Foundation of Whistler. Go to spearheadhuts.org and click on Dedication to donate to Mischa's Room.