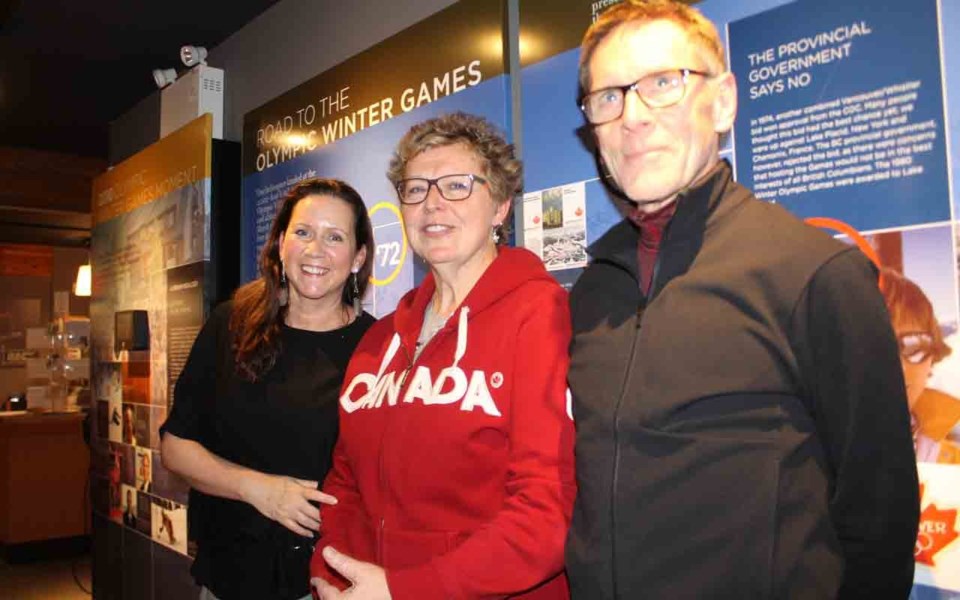 On July 2, 2003, around 7,000 people, clad in red and white, gathered in Whistler's Village Square to hear the International Olympic Committee (IOC) announce the winner of the 2010 Olympic and Paralympic Winter Games.

The footage of the announcement — and Whistler's ecstatic reaction — is now iconic.

But if you look closely, you might notice a group on a patio erupt in applause a moment before the others.

That's because while the big crowd was watching a news feed on a giant screen set up specifically for the event, the patio group was watching Global TV's, and Global's feed was two seconds ahead.

"So they knew before everyone else!" roared Maureen "Mo" Douglas, who served as director of community relations for the Vancouver Organizing Committee for the Games (VANOC).

That was one of a number of fun, often funny, insider stories that Douglas, and two other key organizers — John Rae and Kristen Robinson — shared at a Whistler Museum talk, "Behind the Games," on Feb. 15.

During the event, Rae, the executive producer of Whistler Live! — the organization which put on arts, culture, entertainment and sports animation during the Games in Whistler — talked about the organizational structure of the mega-event.

A lot of people think that the IOC owns and runs each Olympic games — but that's not the case, said Rae. "They licence the rights to a bid committee, and that bid committee ends up taking responsibility for hosting and operating the licence."

After winning its bid, VANOC had to get to work, raising around $1.3 billion of the $1.8 billion to pay for the Games. This was done through sponsorship agreements, ticket sales, licensing agreements, food and beverage sales, as well as various partnership agreements, explained Rae.

Hosting the Games has been tremendous for the community, he added, noting that most of the $580 million in capital-project spending went to Whistler, leaving the community with legacy projects, like the Whistler Sliding Centre, Whistler Olympic Park, and the Whistler Athletes' Centre, and the housing in the Cheakamus neighbourhood.

Organizing and hosting the Games was a monumental task, which required excellent communication and close cooperation, said Rae.

"We realized that if we can do this together, we can do anything," he said. "We can do a lot more things now with a confidence we probably didn't have prior to the Games."

For Kristen Robinson, who worked as a communications manager for VANOC and festival director for Whistler Live!, good teamwork was key.

In the lead up to the Games, workers played softball together, developing a close bond that served them well. "We could almost read each other's minds," she said.

Robinson was also involved in selecting the various musicians and entertainers who played during the 27-day celebration.

"We really worked in partnership with (Whistler's) arts council. We wanted to make sure everyone — every single songwriter and performer — had a day, a position, a slot, an opportunity to be involved."

Reflecting on the Games, Douglas —  who started with VANOC in the bid phase and navigated a series of public relations landmines with aplomb (including a case of leprosy aboard a cruise ship housing Olympic security forces) — said that while Whistler was already on "most maps" before 2010, hosting the Olympics has raised its profile in a major way.

For more on the talk, read "Museum Musings" on page 62.