Residents and businesses speak out against pay parking 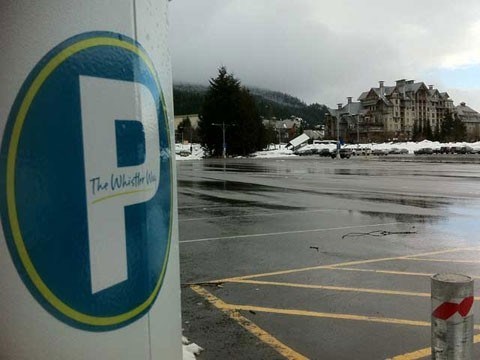 The much-anticipated strategy for the day skier lots has been unveiled, launching the next chapter in Whistler's struggle with parking issues.

And the reception so far has not been warm to making pay parking in the norm in Lots 1 through 5.

"This is brutal on business, on locals and on guests," Sandy Black of Affinity Sports wrote in an e-mail to Pique .

"This Mayor and council have really ignored the wishes of this community. Because of the out of control spending at RMOW they need this revenue source, and simply are not prepared to give it up."

Black predicted resort guests will fill the 2,800 free parking stalls at Creekside and in Lots 6, 7 and 8 before paying to park near the village.

Russell Long of Katmandu said he was choked when he heard of the new fee structure.

"It is another form of taxation for the local people," he said. "You have to pay to work in this town now."

Brenton Smith, the general manager of O and R Entertainment which operates La Bocca Restaurant & Bar, La Brasserie des Artistes, Hot Buns Bakery, Amsterdam Pub, and Maxx Fish Lounge & Bar, said he believes the businesses he manages were impacted when pay parking was brought to Lots 1 through 3 and he is worried some of his Vancouver customers will stop coming to Whistler once pay parking hits Lots 4 and 5.

"I suspect that rather than people get pushed out to the Creekside, as they did in the winter, people may not come," said Smith.

He said he was happy, however, to learn that residents would be able to purchase parking passes.

The Resort Municipality of Whistler (RMOW) released the new parking strategy through a four-page Whistler Way advertising insert in the local newspapers on the same day the RMOW hosted a media briefing.

As of June 1, free parking will be available in day skier Lots 4 and 5 from 6 p.m. to 3 a.m. only. At all other times fees will be charged similar to Lots 1 to 3, and payment options will range from hourly, daily, evening, overnight, monthly and - for locals only - three- and six-month passes.

Doug Forseth, the Whistler Blackcomb senior vice-preisdent of operations, said during the media briefing that when the provincial government had control of the lots the province planned to contract Impark to set up pay parking and put the revenues back into provincial coffers.

Bill Barratt, the RMOW chief administrative officer, said negotiations to transfer control of the lots away from the province began after government representatives revealed the pay-parking plan.

The plan was designed to change behavior, improve the visitor experience and demonstrate fiscal responsibility.

More than $11 million has been spent by the RMOW to upgrade the lots and to build the Fitzsimmons Creek debris barrier - a responsibility that the RMOW assumed in exchange for ownership of the lots.

"That is money spent and money that needs to get back into the reserves of the municipality," said Jansen.

Lot 5 will be paved in the fall he said.

Since the implementation of pay parking the average revenue has been $78,000 a month and the lots are projected to bring in $1.375 million in 2011. Jansen said $2 million a year is needed to cover all the financial commitments attached to the lots. From July 2010 to last month, however, projected revenue was at 50 per cent of what was expected. The original projections were made pre-economic meltdown.

"The numbers of vehicles we're seeing in the day lots really hasn't changed since the introduction of pay parking," said Jansen.

The parking pattern has shifted since pay parking was first implemented in July 2010, he said, with employees filling up many of the free spots in Lots 4 and 5 early in the day. Visitors, who generally arrive later, are making use of the spots in Lots 1, 2 and 3.

The desired change in behavior, Jansen said, is to increase the use of transit, bikes, trails and shuttles to get around Whistler. It's estimated that 49 per cent of the greenhouse gas emissions in Whistler come from passenger vehicles.

"We sell the environment here," said Forseth. "Efforts to continue to keep it as it is are important."

Forseth called the parking plan a living plan and Barratt said this new model needs a full year of monitoring and evaluation.

Jansen said when the HST came into effect the new tax was absorbed in the original rate of $2 an hour. The new pricing now puts the HST on top of the parking fees for hourly and daily parking, to bring the year-round hourly rate after June 1 in the day skier lots to $2.25.

Winter overnight parking lot closures will be maintained so crews can clear snow between 3 and 6 a.m.

Village business owners, employees and volunteers who qualify will be able to purchase passes as of May 16 at the municipal hall.

Pricing and other parking strategy details are available at www.piquenewsmagazine.com.

Parking machines or by phone

3-months (for qualifying purchasers only)**

Municipal Hall after May 16

6-months (for qualifying purchasers only) **

Municipal Hall after May 16