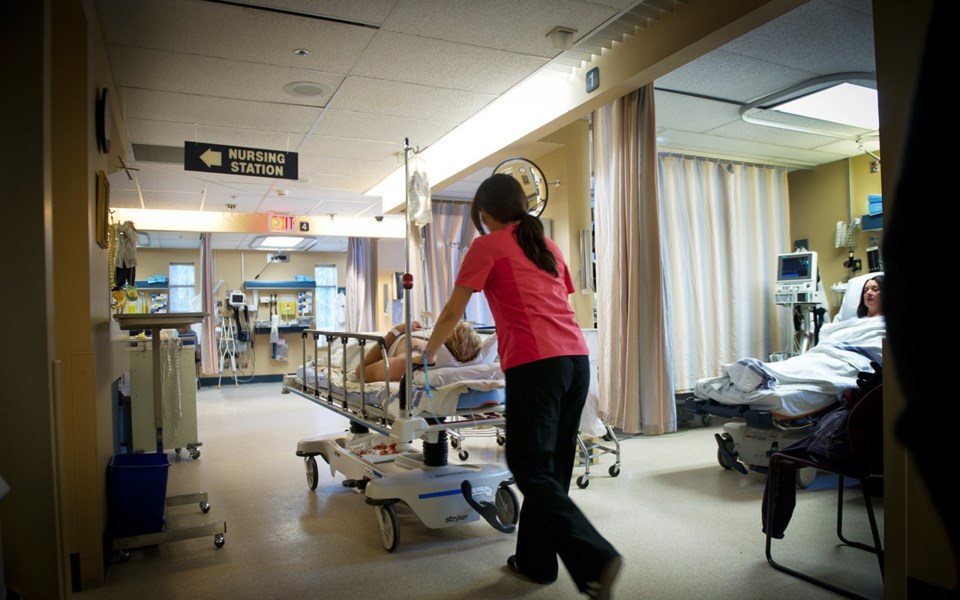 The phone meeting, held last Wednesday, March 4, was attended by representatives from the Resort Municipality of Whistler (RMOW), Tourism Whistler, Whistler Blackcomb and the Hotel Association of Whistler, who teleconferenced with officials from Vancouver Coastal Health (VCH).

"Emergency planning is core to the work the municipality does," said Whistler Mayor Jack Crompton. "We are required by provincial legislation to have a comprehensive emergency management plan in place that outlines how we would respond to hazards in the community, which includes pandemic planning. This work has been done over time in cooperation with organizations like Vancouver Coastal Health."

Crompton went on to say that the RMOW has been doing outreach to remind the public to check with VCH on the appropriate measures to reduce the risk of transfer. He added that the municipality has carried out internal planning as well, including preparing a series of scenarios outlining anticipated actions in the event of an outbreak; going over temporary pandemic staffing procedures; and meeting with resort managers and essential services staff.

Based on direction from the B.C. Centre for Disease Control, the RMOW has also circulated a guidance document updating cleaning and sanitation procedures at all municipal facilities.

At press time, VCH reports the risk to Whistler remains low. There have been no confirmed cases of the virus in the resort.

"We will continue to provide information about confirmed cases of COVID-19," a spokesperson for the B.C. Centre for Disease Control wrote in an email. "We will not be providing details about people in self-isolation or those involved in contract tracing."

When asked about the availability of testing kits locally, the spokesperson said there are "adequate supplies in both Whistler and Pemberton in our facilities for testing," but did not respond to a follow-up query about the exact number of test kits available.

Whistlerite Asta Kovanen tested negative for the virus in late February after returning from a trip to Hokkaido shortly before Japan's second-largest island declared a state of emergency. A registered massage therapist, Kovanen didn't present any symptoms initially, until she developed a sore throat five days after returning to Whistler. After calling 811 and consulting the Whistler Medical Clinic, Kovanen was instructed to reach out to the Whistler Health Care Centre, which told her to come into the ER. She was tested and received the results within 24 hours.

As it turned out, she had a simple flu.

"I've never been so happy to be told I have the flu," Kovanen said.

"So often we complain about our healthcare system, and I just had such a positive experience to get things done as quickly as possible not only for me, but for the community."

While VCH considers the health risk to the Whistler public to be low, there's no denying the significant impact COVID-19 could have on visitation—although, by most accounts, resort partners are only now beginning to see some of those effects.

At Tourism Whistler, senior communications manager Lauren Everest said there has been one meeting scheduled for the Whistler Conference Centre that has been cancelled, with plans to rebook at a later date. The organization is also aware of other cancellation or postponement inquiries "due to corporate policies restricting travel to international markets for the immediate future." She added that it is "premature to speculate on any overall tourism impacts."

Saad Hassan, president of the Hotel Association of Whistler, said that leisure-guest bookings have mostly stayed steady across the hotel sector, although he did acknowledge there have been inquiries about postponing or cancelling group and corporate bookings.

Hassan said Whistler's reputation as an outdoor destination could serve as a balm to guests' worries about the virus. "Whistler has everything to offer that is contrary to being in a big city, in a conference hall, locked up, sitting in a big office," he said. "Our leisure travellers are seeing Whistler as being a relatively safe place because most of the things you do in Whistler are in some form or another outside."

On Tuesday, March 10, the District of Squamish announced it was postponing a public information meeting planned for the following day over coronavirus concerns, before quickly backtracking, saying that the cancellation was an internal mistake and the meeting would be rescheduled.

Crompton said all future Whistler municipal meetings would go ahead as planned at this time. The RMOW did confirm the second leg of Whistler Secondary School's sister-city exchange with Karuizawa has been cancelled as a result of the Japanese government's decision to close all schools in the country until early April.

At School District 48, an international education recruiting trip to Turkey has been cancelled, while a trip to Brazil will go ahead as planned. The status of a trip to the U.K. for later this year will continue to be monitored. No additional out-of-country travel will be planned by the district until further notice.

In a statement, a spokesperson for Whistler Blackcomb said the resort continues to take all precautions recommended by local health authorities, including properly disinfecting its facilities and ensuring staff take the necessary measures to guard against the virus.

At press time, there were 39 confirmed cases of COVID-19 in B.C., including the province's first death: a man in his 80s at the Lynn Valley Care Centre in North Vancouver. A total of 2,008 individuals and 2,803 samples had been tested as of March 6.