Over two thirds of the public opposed continued heli-skiing in provincial park
Mar 15, 2014 4:00 AM By: Brandon Barrett 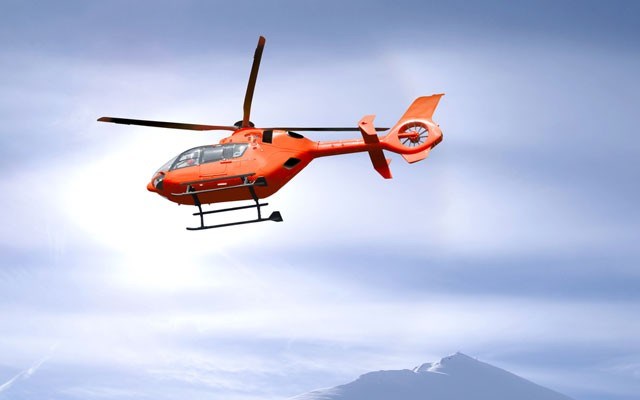 It may have taken BC Parks longer than expected, but that didn't dampen resort stakeholders support for the Garibaldi Park Management Plan released earlier this month.

Perhaps the most contentious part of the overarching plan was the province's continued support for heli-skiing operations in the park despite 68 per cent of the public saying they were against the activity continuing in the area during the consultation period.

Those opposing heli-skiing in the provincial park cited concerns over potential negative impacts on sensitive ecosystems and wildlife, conflict with other user groups, and the recreation's inconsistency with a non-motorized vision for Garibaldi.

But Whistler Blackcomb's VP of planning, government relations and special projects, Doug Forseth, downplayed heli-skiing's perceived impact on the area. WB-operated Whistler Heli-Skiing holds tenure over a small portion of the Spearhead area that is located close to the ski resort's helipad.

"The footprint that Whistler Heli-Skiing leaves is so light that I would defy anyone to show the footprint after 30 years of use out there in the park," noted Forseth, who said Whistler Blackcomb conducts cleaning missions in the park annually.

The ski resort also has a plan in place to minimize user conflict, and avoids using the park whenever possible.

"We have a general rule of thumb that's been in place for several years now that on weekends and on sunny days, we don't go (into the park)," Forseth said. "When we've got clear weather and we know we can fly to other locations, then we do that."

It's the Spearhead's proximity to Whistler Blackcomb's boundaries that makes it so attractive to the ski-resort operator, as well as the ever-important high-end destination visitor, said Tourism Whistler president Barrett Fisher.

"There are very few resorts which offer a ski-in, ski-out mountain experience with a very high-quality heli-skiing experience in such close proximity," she said. "We do find that we have strong demand from all markets, but specifically from our high-end U.S. and European markets for the heli-skiing product."

The Resort Municipality of Whistler (RMOW) also lent support to continuing heli-skiing in the park, although the January resolution backing the amendment inspired one of the only dissenting votes from council in their current term, Jayson Faulkner.

Mayor Nancy Wilhelm-Morden recognized the importance of heli-skiing to Whistler Blackcomb's operations, and was happy to see BC Parks' commitment to develop a protocol to mitigate potential conflict among user groups as Garibaldi becomes a more popular destination for various recreational activities.

"There's always a concern when you have the interaction between the population of visitors, wildlife and the potential for damage to fragile ecosystems, but that's what BC Parks does, and they will be cognizant of those things as the alpine trails and trailheads are improved," she said.

Forseth also echoed Whistler Search and Rescue's comment during the consultation period that having a heli-skiing presence in the park adds a measure of public safety for all backcountry users.

"It happens several times through the course of a season that we actually find people (in distress) out there, not even when we're looking for them," he said. "We've hauled innumerable people out of the Spearhead area and surrounding area that were in need of help."

In 2011, Whistler Heli-Skiing's tenure was extended by five years, but with the amendment plan stating that the province will develop a recommendation to assess the future of heli-skiing in Garibaldi no later than 2026, Forseth believes chances are high that operations will continue into the next decade.

"Right now we're on a five-year license and we'll renew that in 2016 for two more terms and we'll see where it goes," he said. "I think that's the intention unless something drastically changes that we can't cohabitate out there successfully, which I think would be the final determining factor. We're willing to work with others and to compromise and change how we do things, but we've been doing that all along."