'Retail is in the details' chamber members told at luncheon 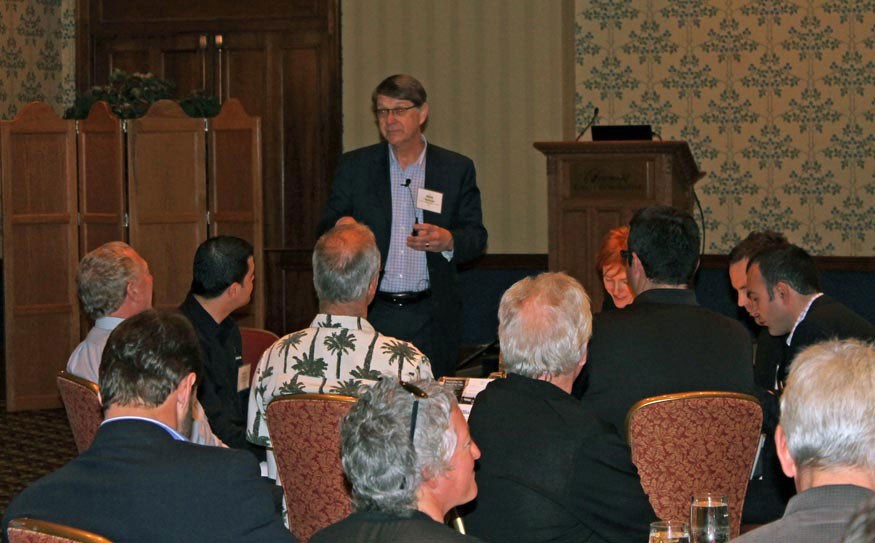 What does it take for retail to sell itself to shoppers these days?

Innovation, social media, the digital store and the connected consumer are things Whistler retailers must embrace if they are to succeed in the shifting shopping climate, Mark Startup of the Retail Council of Canada (RCC) told resort store owners.

Startup, the vice-president of My STORE, newly created by the RCC to serve retailers across Canada, spoke about new retail trends at the Whistler Chamber of Commerce luncheon on April 24.

He provided wide-ranging data outlining the conditions Canadian retailers are currently working under, their opinions on what is most useful to their sector in terms of generating business and how they think they are doing. Nationally, retailers saw a 1.8 per cent growth in sales over the holiday season in 2012, Startup said.

The Retail Council had co-conducted a survey of 2,300 small business entrepreneurs, 700 were independent retailers, and generally they were optimistic about 2013, Startup said. Some 85 per cent of RCC members believe sales will increase, with 66 per cent believing the cost of merchandise will remain the same.

"Retailers are generally optimistic," Startup said. "(Retailers believe) the average sales increase for 2013 is five per cent, which is very optimistic, when we consider that most economists are expecting an increase in the two to 2.2 per cent range."

For example, Black Friday (the day following U.S. Thanksgiving) and Cyber Monday (the first Monday after U.S. Thanksgiving) were game changers in 2012, Startup added, with Canadian retailers trying to follow the sales model set by these days in the U.S.

"Many merchants are depending on those sales... Canadian retailers have sort of jumped on that bandwagon, if you will. The Black Friday event generated a tremendous amount of sales for Canadian retailers, both in store and online," Startup said.

His members would like to see a Canadian-specific special shopping day not necessarily related to Thanksgiving.

"I'm going to put it out there that the challenges faced as a local community in being competitive with other local communities, Whistler-Squamish, Squamish-Vancouver, Vancouver-Seattle, is akin to the competitive stance we have as a nation in creating our own unique brands in order to keep Canadians at home," he said.

In terms of online retail sales, Startup provided the impressive statistics that B.C. generated 17 per cent of online sales in the country in 2010, with the 2012 retail sales numbers nationally reaching $22 billion. One of the problems his members have seen, when not online themselves, is customers coming in, browsing for item or price and then going home to find the same thing online at a cheaper price.

Last year, they teamed up with Deloitte to speak to 100 retail merchants in Alberta and B.C. to explore the impact of technology on retail companies. They found the rise of the "connected consumer" to be significant.

"Our members ended up saying 'retail is in the details'...  billions of dollars are being sold online. Folks buying from small, medium and large Canadian retailers and the job for merchants is finding consumers, attracting consumers and keeping consumers," Startup said. "But it's all in the details... the advice that the retailers we spoke to had is that you have to pay attention to your online world in the same way that you would your physical store."

Unfortunately, he added, B.C.'s retailers are not Canadian leaders in e-commerce or social media use with 18 per cent of independent retailers generating online sales. Larger chains are ahead of the curve, showing there is room for improvement.