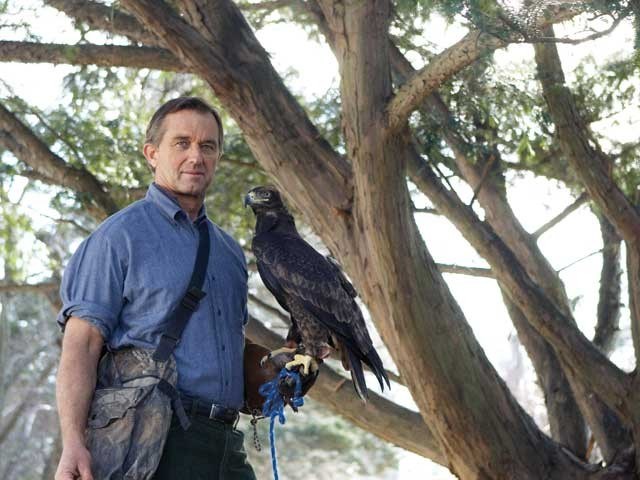 The Association of Whistler Area Residents for the Environment is celebrating its 20th birthday on March 4 with one of the biggest speakers ever to come to Whistler. Robert F. Kennedy Jr. is widely recognized as one of the leading voices for the environment, in the U.S. and around the world.

He is an environmental lawyer by trade, helped protect New York City's drinking water supplies with the Riverkeeper organization, and founded the Waterkeeper Alliance, which represents 177 waterkeeper programs around the world.

He has written several books, including Crimes Against Nature: How George W. Bush and His Corporate Pals Are Plundering the Country and Hijacking Our Democracy. He is also the co-host of the Ring of Fire program on the Air America radio network, and is widely recognized as a dynamic and inspirational public speaker.

While environmental causes might seem like an easy diversion for a scion of the Kennedy family, RFK Jr. has had anything but an easy life. His father, Robert F. Kennedy, was assassinated when RFK Jr. was 14 years old, five years after his uncle, president John F. Kennedy was assassinated.

He went to Harvard College to study American history and literature - which inspired him to write two books profiling unusual American heroes - and later attended Pace University School of Law. In 1983 he was arrested for possession of heroin, and agreed to take treatment and do 1,500 hours of community service to avoid jail time.

He chose to serve that time with the Riverkeeper group, which was campaigning to clean up the Hudson River. He worked with the group to sue polluters, and was instrumental in forging an agreement to protect the Hudson River that has served as a model for other environmental groups and cities.

He continued to work at Riverkeeper after his hours were completed, and is still with the group today. Over the years he has successfully sued polluters for more than $4 billion, with most of the money going towards clean-up efforts.

In 1998 he also helped to create a bottled water company that donates its profits to the Waterkeeper Alliance under the name Keeper Springs. While plastic bottles are controversial, Keeper Springs encourages people to use public water utilities and to recycle their bottles.

RFK Jr. will be in Whistler on March 4. Early bird tickets are $20 until March 2 at www.whistler.com/events/march or at the Whistler Visitors Info Centre. Tickets are $30 after that, and are available at the door. VIP tickets, that include a reception with RFK Jr., are $125, and are almost sold out.

There will be a grand gathering in the Grand Foyer of the Telus Whistler Conference Centre from 5 p.m. to 6 p.m., followed by RFK's presentation and a question period from 6 p.m. to 7:30 p.m. Participants can stay in the Grand Foyer until 9 p.m. to meet with local environmental groups during the VIP reception.

The ticket price will cover the cost of the event, but any proceeds will go to AWARE.