Whistler photographer passed away Saturday in Vancouver
Feb 27, 2009 5:44 AM By: Andrew Mitchell 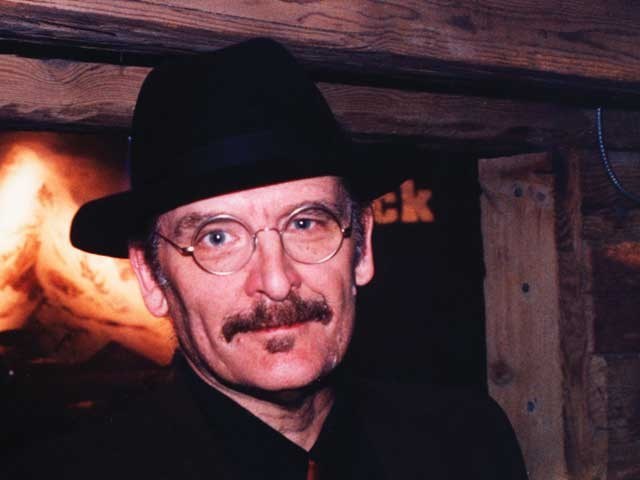 One of Whistler's most recognizable residents - a head taller than most people, with a cowboy hat, blue jeans, and horn-rimmed glasses - Rick Flebbe passed away on Saturday at St. Paul's Hospital in Vancouver.

He had a brain tumor his whole life, according to family. It was benign but recently he developed complications. He was 61 years old.

"He was one of the last real local characters up here," recalled Norbert Doebelin, owner of La Bocca, La Brasserie, Amsterdam Pub and Hot Buns Bakery. "He was very much in the music business, he and his brother always brought us music. He was very committed to Whistler, and the cultural and music scene here.

"It wasn't a money thing. He was really enthusiastic about it."

Rick Clare, the owner of One Hour Photo, knew Flebbe best as a photographer. He was the original postcard photographer for Whistler, and worked with other photographers to keep Whistler's postcard racks stocked.

"I'm really sad to hear (the news). I first met Rick in 1985, when he used to come out here as a hairdresser," said Clare. "He worked for Derek's of London in Vancouver and used to come up on weekends. He had a good reputation at a high end place.

"Then he came up here and started to get into the outdoor lifestyle. He used this funky Konica camera to get shots, and got into outdoor photography, which launched the postcard business that sustained his lifestyle.

"He always used to come to our store and hang out. He was always looking for creative themes or ideas, and always wanted to know more about the technical aspects of photography. He was really into taking pictures and music, and made his living doing both."

Sonja Walos, manager of The Amsterdam Café and Pub, is holding a celebration of Rick's life this Sunday. It will get underway between 7 and 8 p.m.

"We really have to remember this guy, he's a legend," she said.

What people might not know is that he's also the man behind all the music ever played at The Amsterdam.

"Everything we play here at the Amsterdam, and we're kind of known for being on the cutting edge, is a compilation done by Rick over the years. Since day one of The Amsterdam he's been making our music selections and keeping us on the up and up. He was always looking for the new stuff, something different and funky. It will be impossible to replace him."

His brother, Wayne Flebbe, also easily recognizable around Whistler, is also a regular at The Amsterdam and staff wanted to do something for him. Rick's family is having the funeral in Chilliwack, but Walos thought it was important to do something in Whistler for everyone who knew Rick through the music scene. "Bring your pictures, but most important bring yourselves," said Walos.

Ace Mackay-Smith is a Whistler artist, filmmaker and DJ, and is also planning to honour Rick Flebbe at the GLC in the near future.

"We'd like to have some live music and show some of his photos, and just remember a guy who was kind of a pioneer of the local music scene," said Mackay-Smith.

"I've known Rick from pretty much the time I moved here in 1987, he was one of the first people I met. He was so noticeable with that cowboy hat, and he was such a musical influence for me."

When Mackay-Smith told Flebbe that she was thinking about getting into DJing, Flebbe came back a few days later with eight mixed CDs of music - the first of many.

"He was really nice that way, he was all about sharing music," she said.

In the '80s and '90s Rick Flebbe was involved with a company that brought live bands to Whistler, often to play Buffalo Bill's.

There was a time when some people thought Flebbe, decked out in western gear, was actually Buffalo Bill, laughs Mackay-Smith.

Recently, Flebbe had been dividing his time between Whistler and Vancouver, where he was a regular DJ at The Morrissey on Granville Street.

When he wasn't working or organizing concerts, he was going to live shows. Both Mackay-Smith and Walos salute Flebbe's great taste and his knowledge of bands past, present and future.

"He was definitely generous with his musical experience," said Mackay-Smith. Given the chance to pay Flebbe back this summer, she jumped on the chance to book him to DJ the local stage at the Pemberton Music Festival this summer.

Paul Fournier traces his experiences with Flebbe more than 20 years, and also relate to music. He remembers hanging out at Buffalo Bill's, which had Whistler's only stage at the time, and seeing bands as diverse as Lyle Lovett and the Red Hot Chili Peppers.

"He probably had one of the largest music collections in town, and that's from someone with the largest vinyl collection in town. The guy was voracious," said Fournier. "If there was live music, he was there, and he brought so many great acts to Whistler over the years."

Flebbe was also a great hiker in his cowboy boots, and named Beverly Lake after his wife at the time. Rick's Roost is also named in his honour, a place he used to like to go to look down on the valley.

Larry Laporte, a band promoter, met Flebbe when he was running Buffalo Bills and hired him as a DJ. Later he and Flebbe produced live shows for some of the acts to move through town.

"We did shows at Buffalo Bills, Dusty's, the GLC, and Merlin's - some strange shows at Merlin's like Reverend Horton Heat and Quiet Rio. He did a lot of great stuff over the years."