RMI the ‘highlight’ of provincial budget 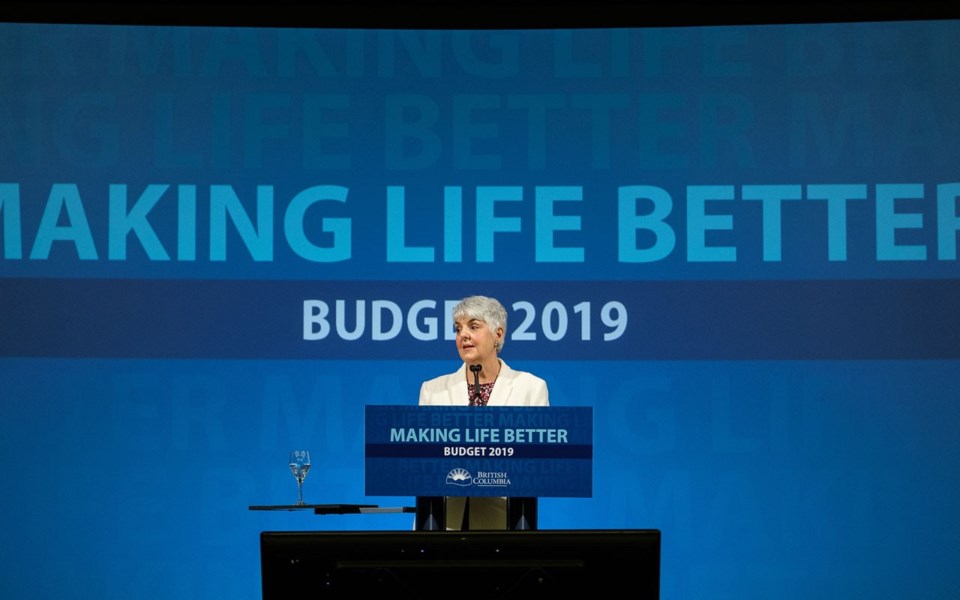 RMI SECURE The provincial government is committed to the RMI program as part of its baseline budget. Photo courtesy of the province

There's little hesitation in Mayor Jack Crompton when asked for his initial thoughts on the 2019 provincial budget.

"The security of the Resort Municipality Initiative (RMI) is the highlight of the budget for our community," Crompton said, referring to the provincial government's commitment to the program as part of its baseline budget.

The province has earmarked $39 million for the program over the next three years.

"Once a part of the baseline budget, it's likely that the program persists ... until now, it's been a provincial grant, which carries a certain amount of uncertainty with it," Crompton said, commending the work of Resort Municipality of Whistler (RMOW) staff and previous councils.

"This result is a real credit to the strong advocacy by our organization over a long period of time."

RMI is crucial to the local municipal budget (the RMOW got about $6.5 million in 2018), with the money being used over the years to fund projects like Whistler Olympic Plaza, sections of the Valley Trail, the Whistler Skate Park, Trainwreck Bridge, wayfinding signage and much more.

Also encouraging is the $38 million in grants to housing providers, which the province said it would accelerate to reduce the ongoing borrowing costs of developers.

"Staff is working closely with provincial agencies to secure funding for housing initiatives in Cheakamus Crossing," Crompton said, adding that he expects an update on the project this spring.

"This budget focuses significant energy and resources on delivering affordable housing for the province," he said.

"Our primary response to the budget will be to work hard to access those funds."

On the affordability front, Councillor Jen Ford, overseeing Whistler's social services and regional cooperation portfolio, sees a lot to like, with $1 billion over three years (first announced in budget 2018) for things like childcare space creation and community planning.

"We applied to do community planning around how many spaces we need (in Whistler)" Ford said, adding that there is also a local childcare group working on an application to the space creation fund.

"So there is work being done there."

"That's a pretty big contribution to your cost of living," Ford said.

"It's a real priority of our council to respond to the very real challenges that climate presents," Crompton said.

"I look forward to taking advantage of Clean BC programming and funding, which allows us to realize long-term benefits and pursue our climate goals."