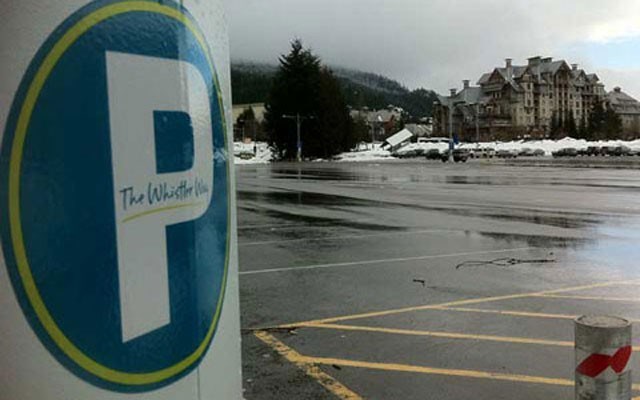 In 2014, building permit revenue was slightly over $1.2 million, a reflection of the $123 million in construction value that took place. Last year permit revenues was $695,374.

The building permit revenue is just one factor in boosting the Resort Municipality of Whistler's (RMOW) overall revenues by nearly $10 million compared to the same time period last year, according to the third quarter financial report presented to council Tuesday. That doesn't mean Whistler is $10 million richer — its Resort Municipality Initiative (RMI) funding came in earlier this year, skewing the quarterly numbers. But, there are signs of boosted business throughout the organization, and by extension throughout the resort — property tax growth (about one per cent in the assessment base), increased parking revenues and improved investment performance.

The numbers in the report are translating on the ground. While the multi-million-dollar Audain Art Museum is playing a significant role in the construction game, it's far from the only project underway.

"There's definitely been lots of (construction) activity," said outgoing president of the Sea to Sky chapter of the Canadian Home Builders' Association Chris Addario. "So I certainly think there's been an increase in the amount of construction that's been going on and that would definitely positively affect the value increase, so that's a good thing."

And it looks strong for the spring too, he added. In 2014 the municipality issued 532 building permits, compared to 439 the previous year. The construction value was $123 million. Of that, $79 million was for residential, $43 million commercial.

That compares to almost $65 million in 2013, and of that $59 million residential and $4.7 million commercial. The RMOW's building permit revenue is approximately one per cent of this construction value.

The municipality also collected more than $1.607 million in pay parking revenues throughout 2014, up almost $80,000 over last year.

Those revenues far surpass budgeted projections and are a reflection of the resort's busyness.

Investment income, too, was up $1.886 million (unaudited). This is 128 per cent of the total budgeted income for the year, with one quarter still to factor in.

The income represents an overall annualized return of 3.67 per cent on the average monthly balances.

Municipal finance director Ken Roggeman said that's the highest return since 2009, adding that he was "pleased and relieved" to see the number, noting the return on investments in 2013 was 0.7 per cent.

As of Sept. 30, 2014, Whistler's investment holdings had a market value of $110 million. The municipality holds investment balances in order to earn income on cash that is not currently required for operations, projects or capital purposes.

While the quarterly report shows that most municipal operational expenses are in the range of 75 per cent by the end of the third quarter, one anomaly is the fire department.

With three months left to factor in, the fire department is at 93 per cent of its budgeted expenses.

Originally budgeted at $3.383 million, the department is currently at $3.130 million in expenses. That's because the retroactive labour rate changes were not finalized when the 2014 budget was approved and therefore not factored in. Since that time, wage settlements for 2010 and 2011 have been negotiated.

"The retroactive pay was for multiple years and results in costs being higher than planned," wrote the municipal communications department in an email asking for clarification. "This impacts regular and overtime labour costs, and we are trying to accommodate the additional cost within the overall operating budget of the municipality. Future years will be budgeted based on the most current agreed upon labour rates."

Bargaining between the RMOW and the IAFF Local 3944 will resume once the Whistler Fire Service review is complete. The bargaining will include determining wage rates for 2012 and subsequent years.