‘Outside Voice' survey is second round of public engagement on local parks
Sep 16, 2019 7:00 AM By: Brandon Barrett 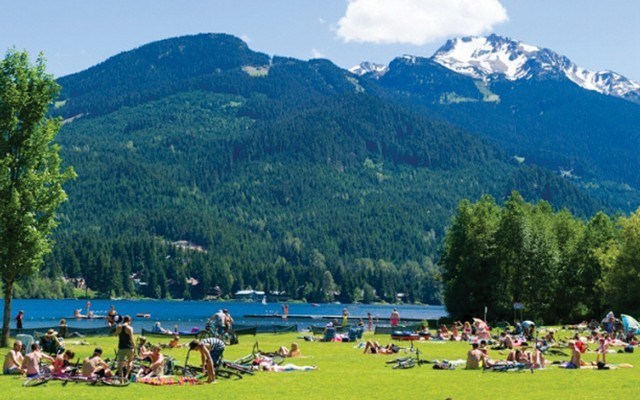 The Resort Municipality of Whistler (RMOW) is asking the public to use their “Outside Voice” in a new survey that marks the second round of engagement on the future of Whistler’s parks.

The municipality is asking for the community’s say once again as part of its plan to develop Whistler’s Parks Master Plan.

An open house and survey was held in June to consider “bold ideas” for Whistler’s busier parks, according to the RMOW. Based on feedback from the more than 600 people who attended the open house or completed the survey, the municipality has refined its diagrams detailing the public’s preferred direction of future designs for Raimbow Park, Meadow Park, Spruce Grove Park, Lost Lake Park, Alpha Lake Park, Wedge Park and Parkhurst.

“We appreciate all the community’s work so far to provide input, and we are now past the halfway mark,” said Whistler Mayor Jack Crompton in a release.“Thank you for keeping the momentum going and using your Outside Voices again by taking this next survey to finalize plans for our parks. By being engaged every step of the way, we can ensure the final plans reflect the community’s desire to keep Whistler’s parks vibrant and fresh well into the future.”

After this latest survey, the RMOW will move into its final designing phase, which , according to the release, will see high-level conceptual designs and costing developed to “move plans into action,” before a final round of public engagement in the fall.

Conceptual designs are expected to be completed this year, with detailed designs and construction of priority items taking place in 2020.

The survey, which closes Sept. 23, is available at surveymonkey.com/r/outsidevoice2b.