Candidates come with diverse plans, experiences and skills
Nov 9, 2011 7:14 AM By: John French 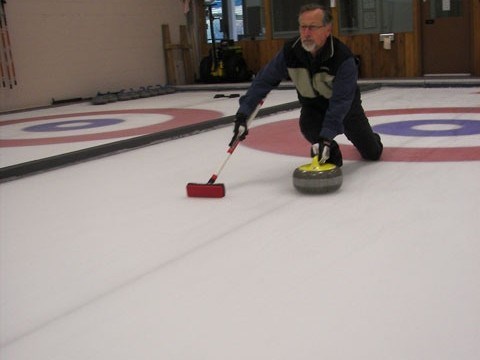 The applicants include a council incumbent prepared to retire from his banking career, an entrepreneurial newcomer transplanted from Whistler and a construction supervisor currently operating a vehicle repair service.

Recently, Pique caught up with all three candidates.

Ron Bahm works almost every day fixing vehicles at his shop located at the only gas station in Brackendale.

In Bahm's 14 years in Squamish, he has twice run for council. He ran for mayor in 2002 then gave politics another shot in 2008, mounting a bid for a councillor position in what he called a low-budget campaign.

This time around Bahm said he is appealing to the 6,000 people who didn't vote in the last election.

His low-budget campaign is targetting frustrated voters who agree that past councils have run the town into the ground.

"City hall isn't run by council anymore," said Bahm at a coffee shop across the street from his auto repair garage. "It is run by staff."

Current councillor Rob Kirkham, interviewed while curling with his wife Donna, has a different outlook.

He said he sees the community as one team that works together, and within the team he said there are the seven members of council, the municipal staff and the community.

Kirkham said he believes the voters are ultimately the people in charge.

"The mayor isn't the boss and neither is council," he said after watching his rock ease along the ice of the Howe Sound Curling Club, landing in the house.

He explained that he sees the council members as a group of trustees entrusted to provide community leadership. According to Kirkham, the current council has created greater teamwork and he wants to take that to the next level.

Auli Parviainen, the newcomer amongst the two long-time residents, also expressed a desire for greater teamwork, and she complained that the current council isn't sufficiently connected to the community.

"We've partly lost sight of what the mayor and council do," Parviainen told business owner Gregory Fischer during a recent swing through downtown to purchase some winter footwear.

According to Fischer, the fact that Parviainen has no political experience isn't a concern and he'd like the next mayor to attend more community events like Canada Day.

If elected, Parviainen told Fischer attending Squamish events and being highly visible are a priority.

Being visible didn't seem to be a problem the day Pique hooked up with her - in fact Parviainen ended up chatting to so many voters she didn't have time to buy her boots.

She reported the next day that she purchased a gift certificate for the shoe store at a charity auction and the delayed purchase would ultimately double as an act of giving.

Parviainen and Bahm share the belief that negativity usually rules in Squamish.

"There's been a focus on what we shouldn't be doing," said Parviainen. "Squamish needs more talk about what it should be doing."

Bahm said Squamish is known as the "no" city following the rejection or delay of a number of development proposals.

While Bahm and Parviainen insist the last three years have been terrible for Squamish, Kirkham said he wants to continue building on initiatives the current council implemented this term.

While Parviainen and Bahm are critical of the current council, Kirkham's entry into politics in 2008 was inspired by what he called philosophical concerns generated during the previous term.

He said he was concerned about the depletion of reserve funds and the Adventure Centre business plan didn't make sense to him.

According to Kirkham, in the first year for this council a significant amount of time was spent micro managing changes.

"It took almost half of the term to set direction," Kirham said.

In Kirkham's campaign materials he identified improving the local economy as a priority. He intends to do this by creating home grown jobs and Kirkham plans to help existing small businesses grow. He also sees opportunities for growth in the education sector building on the successes of the two universities in Squamish. Kirkham is also ready to let developers take on the risk of converting the Squamish Oceanfront development plan into reality.

Bahm is also anxious to get the oceanfront project moving.

"Anything is on the table," Bahm said of the future of the debt-burdened municipally owned lands.

Parviainen is critical of the most recent appointments to the Squamish Oceanfront Development Corp. board of directors.

"One of the major principles of my platform is to ensure all processes are fully transparent and open to public scrutiny to allow for our decisions to be guided by the highest regard for public interest," Parviainen wrote on her campaign website.

The three candidates addressed the community together at a candidate meeting on Monday (Nov. 7). Parviainen made statements categorized by some attendees as negative when she criticized Kirkham and the current council for not having a process in place for dealing with developers in a timely fashion. Parviainen said if elected she would set guaranteed response times for developers and create a process to ensure developer complaints with staff are dealt with quickly.

"We need to get closer together," said Kirkham. "All parties need to meet from the get-go."

On Nov. 19 one of the three campaigners will be elected and if it is Bahm, he expects to be kept busy by his constituents.

"If I go for a jug of milk I expect it to take three hours," Bahm said at the end of the all candidates meeting.