Sale of hostel to finance new facility in athletes’ village 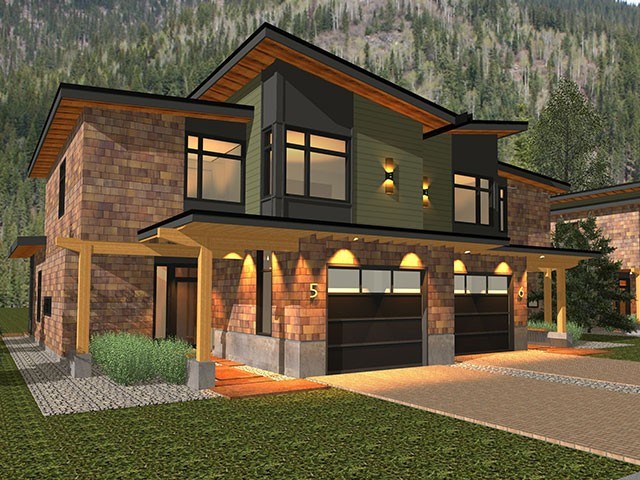 Going to town The Whistler 2020 Development Corporation has put out the call to build the first 40 townhouses at the Whistler athlete's village.

Hostelling International (HI) is hoping to build a new hostel at the athletes’ village, financed from the sale of their existing site on Alta Lake Road.

The new 50-room hostel in the heart of the athletes’ village will be bigger than the current hostel and help meet the growing demands from travellers on a budget.

“We’ve been looking for a long time for a bigger location or an ability to expand, so this was a great opportunity for us,” said Shelbey Sy, the director of marketing for HI.

It is not clear how much the new hostel will cost to build. Negotiations are still ongoing.

But this week the Whistler 2020 Development Corporation (WDC), the municipal organization charged with building the village, put out the call for general contractors to build not only the hostel, but also the first 40 townhouses in the village and a 55-unit apartment building for the Whistler Housing Authority (WHA).

The WHA, like HI, is one of the partners the municipality is negotiating with to help build rooms in the $131 million athletes’ village project.

The municipality has committed to housing more than 2,000 athletes and trainers during the Olympic Games and up to 330 athletes during the Paralympics.

WHA general manager Marla Zucht said it has set aside $6 million to build a four-storey building which will have one-bedroom and studio apartments that will be rented to employees following the Games.

“We don’t really have much of that in the inventory,” said Zucht.

Before it goes to employees, however, it is expected to be used by first the Vancouver Organizing Committee (VANOC) and then the athletes. The units will be refurbished before being rented to employees.

Likewise, the hostel will not be ready for budget travellers until after the Games.

“This will be a property that’s used by the Olympic committee until and after the Olympics,” said Sy.

“It is not expected that we would be using it as a hostel facility until well after the Olympics in 2010.”

Sy is hoping the current hostel will stay open as long as possible before the new facility opens its doors in the athletes’ village.

Both the hostel and the WHA building were approved by the Advisory Design Panel, a council committee, last week.

Neil Godfrey, vice president of WDC, said both buildings would be centred around the village core where there is a grassy commons.

When asked about the budgets for each, in light of the fact that the VANOC athletes’ centre budget has almost doubled from earlier estimates, Godfrey was confident there would not be any major price escalations of that size.

“The types of buildings we’re planning on building, residential and townhouse and apartment buildings, are a fairly known entity as far as construction goes, so I don’t expect any huge price scares,” he said.

General contractors who are interested in building the townhouses, hostel or rental apartment building, should contact the WDC by Aug. 8.