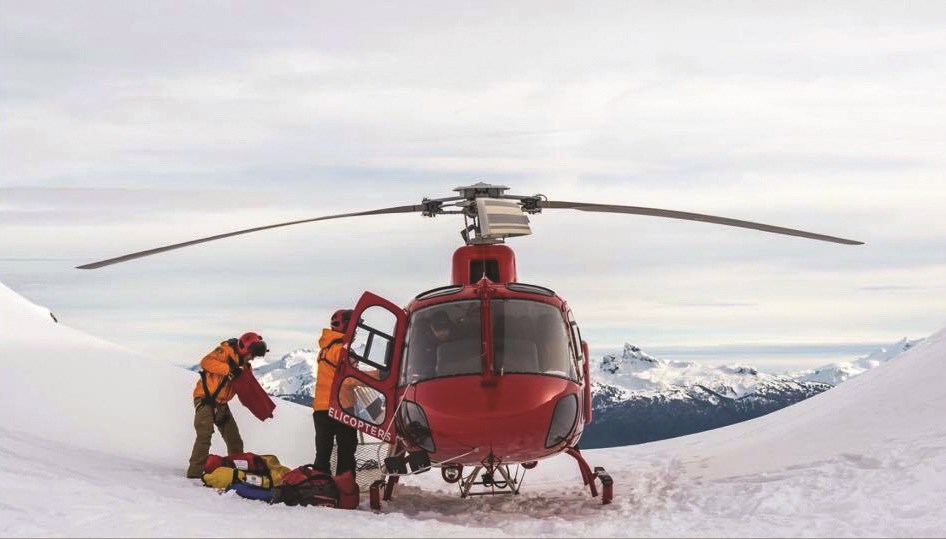 Sea to Sky search-and-rescue groups are hailing the province’s announcement last week that it would be providing stable, annual funding to the 79 volunteer organizations across B.C. File photo courtesy of Whistler Search and Rescue

Search-and-rescue  groups across the Sea to Sky are hailing the province’s announcement last week that it would be providing a long-awaited, annual funding contribution to support the 2,500 search-and-rescue volunteers across B.C.

“B.C.’s ground search-and-rescue groups have been calling for long-term, sustainable funding, and we’ve worked with them to meet this need,” said public safety minister Mike Farnworth in a July 21 release.

The BC Search and Rescue Association (BCSARA) has been working with Victoria since 2013 to develop a more sustainable, long-term funding model, which led, in March 2019, to a one-time, $18.6-million investment for SAR groups around the province. That funding will be doled out in annual instalments through 2021.

Last week’s announcement formalizes the province’s support by dedicating $6 million a year to SAR groups as a line item in the 2020 budget. The annual funding will kick in in 2022-23. Victoria also already covers the operational costs for the 79 volunteer-run SAR groups in B.C.

“It always makes a difference,” said WSAR manager Brad Sills. “Our budget is approaching a quarter of a million dollars a year and we get $85,000 from the province, so there is still a huge need for community support, but at least we know the lights can be on, the heat can be on.”

Part of the roughly $85,000 in provincial funds handed to WSAR last year was used to replace an aging, three-quarter-ton response vehicle that Sills called “hugely overloaded” with a new, five-ton Dodge truck. This year, the group has its sights set on the renewal of its long-line rescue kit, a crevasse rescue frame “because of the increased traffic in the Spearhead,” Sills said, and some specialty training for its members.

Pemberton Search and Rescue Society (PSAR) president Pete Schimek said it was crucial to have the certainty in funding the province is providing.

“The Village of Pemberton and the [Squamish-Lillooet Regional District] contribute to an annual budget for us, but that basically keeps the lights on, so to get the funding for any capital expenditures, equipment and training, [the provincial funding] really does help us out and move us forward,” he noted.

Squamish Search and Rescue, one of the busiest SAR groups in the province with close to 100 calls a year, is on pace to match that number in 2020 despite a slow winter due to COVID-19.

That busyness hasn’t bled into Whistler or Pemberton, where the respective SAR groups have seen only a handful of calls since the pandemic began.

“I think people have been generally responsible this summer and we certainly appreciate it,” said Sills, adding that recreationalists’ reluctance to place undue strain on a healthcare system already dealing with the novel coronavirus is a likely factor, while the closure of busy parks like Garibaldi has also stemmed the tide of calls. (Garibaldi reopened July 27 as part of a pilot project that will see the introduction of free day-use passes in sections of the park as a way to manage crowds. See story on page 22.)

PSAR, which received nearly $72,000 in provincial funds last year, has only had about a half-dozen calls since January, compared to the 25 or so it usually sees in the quarter, noted Schimek—but it’s not a trend he expects to keep up, judging on the higher volumes of traffic he’s seeing come through the community.

“I think things are going to get busy in a hurry just based on what I’m seeing, so time will tell,” he added.

In the release, Jennifer Rice, B.C.’s Parliamentary secretary for emergency preparedness, urged British Columbians to do their part this summer “by being prepared and staying safe” while recreating outdoors.

“Every time someone takes a risk in the backcountry, by going off established trails or not being prepared, the safety of ground search and rescue volunteers is put at risk,” she added.

-With files from Jennifer Thuncher/Squamish Chief